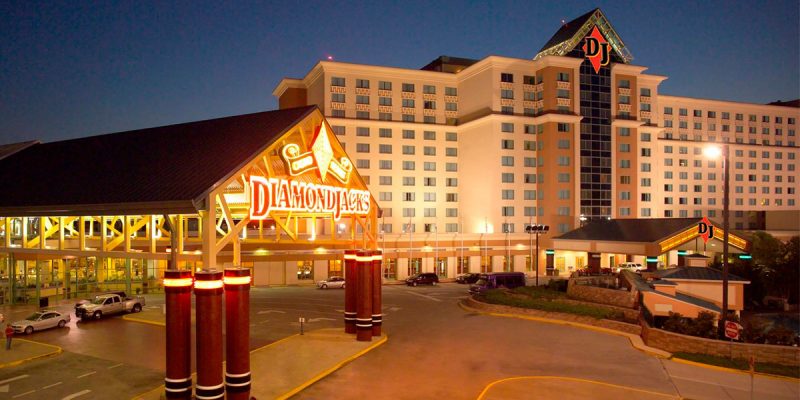 The Wuhan coronavirus pandemic took out its first Louisiana casino, in a region of the state which can ill-afford the closing of a major employer.

Last week, DiamondJacks Casino in Bossier City announced it would close its doors for good. The state’s longest-existing licensed riverboat casino gave up the ghost just shy of its 26th birthday, citing the pandemic as the coup de grace.

It had been on the critical list for some time. Over the years it had drifted to the bottom of the state’s revenue tables, in the most recent full month of operation (February) having the third-lowest total revenue behind two smaller boats and the lowest revenue per admission – although, interestingly it and Margaritaville were the only two of the six in the Shreveport-Bossier market to post year-over-year revenue gains.

Years ago, its plight brought a new ownership which lobbied to move it to the trickling Tangipahoa River. However, state law prohibiting the move and enough local opposition that discouraged any legislative move to change statute scuttled that idea. Last year, the state sponsored a study that suggested DiamondJacks decamp to Ouachita Parish, which would require the same kind of legislative accommodation to achieve. As well, it argued for the second-worst area revenue performer, next-door Boomtown with the third-lowest revenue per admission in the state in fiscal year 2019, to head to the north shore of Lake Pontchartrain regardless of the previous year’s political outcome.

More than perhaps any other license holder, a law passed last year that made boats amphibian and lets them crawl onto land could have helped DiamondJacks. That intended to allow operators more gaming space and amenity provision, with DiamondJacks already blessed with a large hotel and plenty of available land. No operator has availed itself of this option yet, and the pandemic probably set back any such plans for some time.

The whole Shreveport-Bossier sector has taken a hit from the relentlessly expanding tribal casinos in Oklahoma. In FY 2019, the half-dozen sucked just $626 million from gamblers, the lowest total since only four took home $616 million in FY 1999, when DiamondJacks’ predecessor Isle of Capri took in $123 million compared to last year’s $35 million.

A loss of around 400 jobs can’t help one of the most job-unfriendly metropolitan areas of the country. With sluggish economic growth since 2010 of an annual compound average of just 0.7 percent, the two parishes’ population has fallen by nearly 5,000 since and employment growth has averaged just 0.3 percent annual growth, ranking 340 of 384 areas nationally. Personal income growth did relatively worse, up just 2.1 percent on average which ranked 367th. (Unfortunately, Houma-Thibodaux fared even worse on both accounts.) This barely beats the average annual increase of inflation nationwide over this span of 1.6 percent.

Bossier City will suffer the most of all. Some of the $1.3 million in property taxes it will retain, but most of the $1.7 million in fees it collected along with the parish will disappear, as well as the spinoff economic activity such as sales taxes from both gamblers and employee pay. This will impact negatively budget revenues by about five percent.

The question remaining is whether this pruning keeps five boats in the market, or whether it serves merely as a canary in the coal mine to signal that the next weakest sister, Boomtown, goes under eventually. It also redounds to the statewide level, in that with a license apparently becoming open, the industry dynamics indicate no place to go. Last year’s take of $1.863 billion statewide was the lowest since 2014, with existing markets seemingly saturated. And, the state will lose a good chunk of the $7 million in fees supplied from the complex.

A co-morbidity of poor financial performance caused DiamondJacks to succumb. It may not end up as the only casino victim across the state.