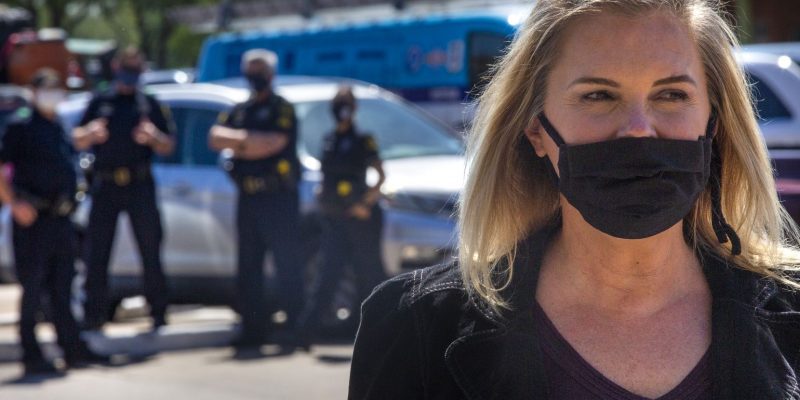 Texas has taken center-stage in the debate over the economic lockdown in the United States as Shelley Luther, owner of Salon A La Mode, has been sentenced to a week in jail for reopening a mere five days before Governor Greg Abbott’s executive order is set to expire.

“I find it outrageous and out of touch that during this national pandemic, a judge, in a county that actually released hardened criminals for fear of contracting COVID-19, would jail a mother for operating her hair salon in an attempt to put food on her family’s table. The trial judge did not need to lock up Shelley Luther. His order is a shameful abuse of judicial discretion, which seems like another political stunt in Dallas. He should release Ms. Luther immediately.”

U.S. Senator Ted Cruz (R-TX) spoke out about the matter on Tuesday tweeting,

“7 days in jail for cutting hair?? This is NUTS. And government officials don’t get to order citizens to apologize to them for daring to earn a living.”

“These punishments are NOT just. They are not reasonable. Small-minded ‘leaders’ across the country have become drunk with power. This must end.”

“I have to disagree with you, sir, when you say that I’m selfish because feeding my kids is not selfish. I have hair stylists that are going hungry because they would rather feed their kids. So, sir, if you think the law is more important than kids getting fed, then please go ahead with your decision. But I am not going to shut the salon.”

See her statement for yourself in this brief clip:

Footage has also emerged of police in another Texas town raiding a protest outside of a bar with guns drawn while using an armored vehicle. Gabrielle Elliso, the bar’s owner, was arrested for “Violations of Emergency Management Plan” and released on bond.

See the footage for yourself:

This unfortunate series of events has many Americans, especially in Texas, asking themselves, “Is this even America anymore?”

On a more positive note, a Florida business owner had similar charges dropped after it was found that there was no legal precedent to prosecute the case.

U.S. Attorney General Bill Barr issued a memorandum to the U.S. Attorneys last week which reads in part, “…the Constitution is not suspended in times of crisis.”

In a powerful demonstration of public support, a gofundme page for Ms. Luther has raised over $295,000 in less than 24 hours for her legal defense fund.