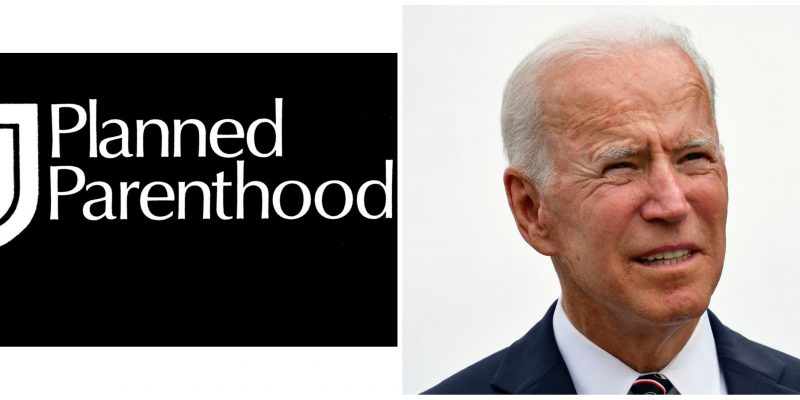 In a move that surprises absolutely no one, Planned Parenthood has announced their endorsement of Joe Biden for President in the November election.

“This is literally a life and death election,” said acting president of Planned Parenthood Alexis McGill Johnson ahead of the endorsement. The irony of that statement is painfully obvious.

She continued, “We felt like we can’t endure another four years of Trump; we have to do everything we can to get him out of office.”

Planned Parenthood Action Fund, the political arm of America’s leading abortion provider, made the endorsement official yesterday by releasing a 2-minute video praising Biden’s support for “reproductive rights” saying that “our most fundamental rights are under attack.”

“We can’t afford another four years,” the ad says. Enter Joe Biden who says, “We will protect women’s constitutional right to choose.” The ad concludes with the acting president saying, “That is why the Planned Parenthood Action fund is proud to endorse Joe Biden for President. Because our rights, our freedom, and our healthcare are on the line this November.”

“In an effort to conform to the far Left’s agenda, Biden is now calling for zero restrictions on abortion and wants to force taxpayers to foot the bill. Biden has also made promises to ‘codify Roe v. Wade,’ taking the issue out of the hands of our duly appointed Supreme Court justices.”

The campaign added, “President Trump is the most pro-life President in history and has safeguarded the rights of the unborn – not only in America but abroad.”

“It is offensive to hear our nation’s largest abortion provider, Planned Parenthood, an organization that claims the lives of 345,672 American babies annually (a third of all of the abortions in this country each year), call the 2020 cycle a ‘life and death’ election. Those who really care about protecting life realize that the election of Planned Parenthood-endorsed candidate, Joe Biden, will result in a major increase of tax dollars going to the billion-dollar organization, including direct payment for abortions, among other deadly consequences.”

With the ideological balance of the Supreme Court up for grabs, both sides of the abortion debate are growing ever-concerned. For abortion advocates, Trump’s re-election could mean another appointment or two which could spell doom for their beloved Roe v Wade ruling. So, Johnson is correct when she says this is a “life or death election” as the fate of millions of unborn Americans’ lives may depend on its outcome.