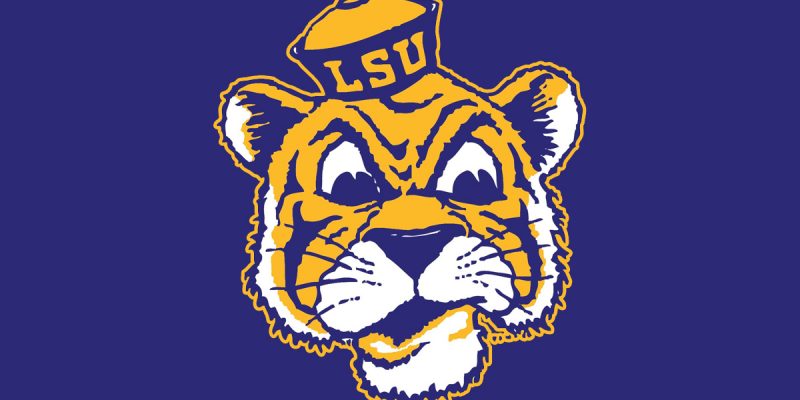 Almost a month ago, there was a minor news story about local Baton Rouge construction tycoon and former chairman of the Louisiana Democrat Party Jim Bernhard, who had been put forth by Gov. John Bel Edwards as a new member of the LSU Board of Supervisors.

Gov. John Bel Edwards has named Jim Bernhard and Collis Temple Jr. to the LSU Board of Supervisors.

They are among four new board members announced this morning to replace four holdover members from Gov. Bobby Jindal’s administration, whose terms expired June 1.

Bernhard, an LSU graduate, is founder of the private equity group Bernhard Capital Partners and was founder and CEO of The Shaw Group. He will represent the 6th Congressional District on the board.

Both Bernhard and Temple are prominent Democrats, active in civic and political circles, and supporters of Edwards. Two years ago, Bernhard vowed to get more involved in addressing some of Baton Rouge’s chronic problems, including improving infrastructure and higher education.

Reached for comment this morning, he said, “As an LSU graduate, I am honored to serve and look forward to participating in the movement of the university to greater heights.”

But Bernhard ended up spitting out the nomination, and it went to Acadian Ambulance CEO Richard Zuschlag…

With Jim Bernhard turning down an appointment to the LSU Board of Supervisors, Gov. John Bel Edwards is replacing him with Acadian Ambulance Service CEO Richard E. Zuschlag.

The governor’s office did not release any details on why Bernhard, an LSU graduate and the founder of the private equity group Bernhard Capital Partners, opted not to serve, but some shuffling is required to make the switch.

Collis B. Temple Jr. will move from his at-large position to one representing Louisiana’s Sixth Congressional District, enabling Zuschlag, who does not reside within that district, to assume the at-large spot. Bernhard could not immediately be reached for comment.

And why? Well, because LSU is in the process of contracting out its on-campus utilities plant…

LSU is expected to issue a request for qualifications next month for a partner to modernize and run the central utilities plant at the main Baton Rouge campus, published reports say.

In a July 24 post, the trade publication Inframation, which operates behind a paywall, reported that the university would launch the first phase of a transparent, competitive procurement process for the campus energy system in August.

LSU officials declined to comment and the August agenda for the Board of Supervisors meeting has not yet been finalized or published.

At the meeting of the LSU Board of Supervisors in early March, KPMG consultant Dan Feitelberg updated the board on the study and suggested then that the board consider such a public procurement

At that meeting, Feitelberg also said his firm had recently conducted a “high-level market-sounding effort” with 11 local and national utility infrastructure participants, all of whom expressed interest in potentially pursuing such a partnership with LSU.

“The district energy services sector has increased significantly in recent years,” he told the board. “This is happening all over the country.”

Feitelberg recommended LSU issue an initial RFQ and then, after reviewing the qualifications, invite a shortlist of up to three semifinalists to submit proposals, from which the final firm would be selected to engage in negotiations for a long-term deal.

Since then, two interested bidders with existing ties to the state have reached out to LSU with proposals, according to Inframation. Those include LA Energy Partners, which is owned in part by Baton Rouge-based Bernhard Capital Partners and has a contract with the state to run the energy system at the Shaw Center for the Arts and to modernize the systems at some 30 other state office buildings, and Enwave Energy, which runs the district energy system for the LSU Health Sciences Center in New Orleans.

Enwave declined to comment, but a Bernhard official confirmed in a statement to Inframation in April that the firm had submitted a proposal to the university that would have built on LA Energy Partners’ existing contract with the state.

“LSU, like several other state entities, asked LA Energy Partners to complete the due diligence needed to establish the specific terms and conditions of the statewide contract for LSU,” a Bernhard official reportedly told Inframation in an email. “Pursuant to LSU’s request, LA Energy Partners has submitted to LSU the information needed to include LSU within the statewide contract.”

For a time, LSU had decided that they would open the bidding up to national players for the utility plant management contract. That’s when Bernhard came off the board and Zuschlag went on it.

We’re not saying the fix is in on that contract, which is likely to be extremely lucrative and oh-by-the-way a pretty good inroad for every one of these public institutions to follow suit and award an outsourcing deal to LA Energy Partners.

But we’re not not saying it.

You can look at the current composition of the LSU Board of Supervisors and how many of those people are friends and allies of Jim Bernhard’s, and you can decide for yourself.

It would have been a little too cozy if Bernhard had been on that board when it decided to shovel truckloads of cash his way. Modern Louisiana corruption requires just one more degree of separation to pull something like that off.

But it doesn’t take a genius to notice these wheels turning.

It also doesn’t take a genius to notice that people considering making investments in Louisiana can spot this stuff from three or four states away, and also to notice what conclusions those investors draw.

Louisiana currently has a double-digit unemployment rate which isn’t dropping despite a wholesale exodus to other, better-run states nearby. Stuff like this is a good reason why.