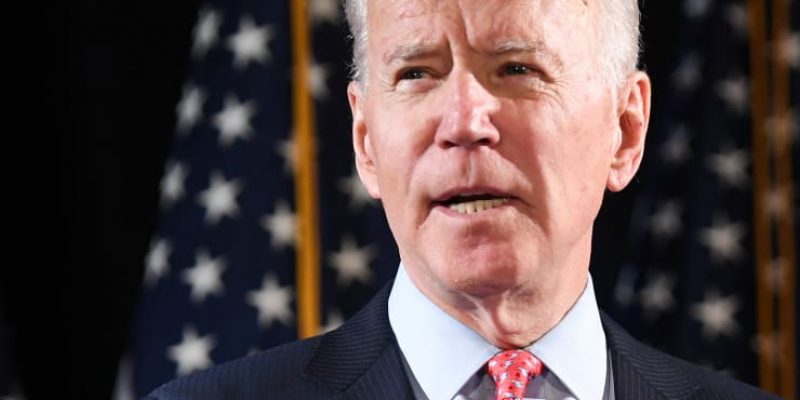 Below is just a short list of freedoms and rights Americans will be surrendering, if they vote for Biden-Harris. Think about this election and what is at stake. Never before has this country faced oblivion by ballot.

1. Surrender of your First Amendment Rights. Currently, what is known as the Cancel Culture will bloom into outright censorship of speech and worship. Only those who adhere to the Democrat Party line will be free to express themselves. Your speech, no matter how manifested, will be censored–in the workplace and in social media. Your thoughts will be monitored if you express them in anyway. Communists know that thoughts are the seeds of dissent. That’s why history tells us that every communist regime which has ever existed, controls speech first. And God? Forget Him.

2. Surrender your Second Amendment Rights to Bear Arms. Again, another incursion of the communists. You first control people’s thinking and remove anything that can represent dissent. Firearms are a mortal threat to tyranny. The Second Amendment was not put in the Constitution not to allow Americans to duck hunt. It was put there to prevent tyranny. Those who want to remove it, are tyrannical and want to further control your behavior, while preserving their power.

3. Total and complete control of your health care options. This is not a guess, this was an admission by both Biden and Harris. Just another way to control human behavior. Obamacare has proven to be a disaster. The Democrats lied to the American people and now they have the audacity to ask for your trust, again. Why? Because they know most people in America are not paying attention to their futures or that of their children’s. The Democrats will decide who lives or dies under their regime. You have a hint of that in New York and New Jersey, with the nursing homes being assaulted by COVID-positive patients.

4. Taxes will be going up precipitously. The tax code of the United States is the number one method of controlling Americans. It has been since there has been a tax code, and the Democrats know that taxing people in various ways controls their lives in various ways. How much control do you want to government to have over your lives?

5. Your voting rights will be a mirage. Already we see calls for the dissolution of the Electoral College. That was placed in the Constitution to prevent well-populated states controlling the political processes of this country. Do you want California and New York deciding how you should live? Your vote, on a national scale, will be worth nothing. It would be just an exercise in making you feel like a contributing citizen, when in fact, you are just being controlled by the Party leaders. Succinctly, your vote will not matter. As Josef Stalin said, it is not the number of votes cast that matters, it’s who counts the votes that matters. And now today, we see that philosophy coming true with the Democrats advocating mail-in ballots. Are you thinking, yet??

6. Education will be under control of the State. What your children learn in grammar school, high school and college will be ordained by the Democrats. Already, we are seeing an erosion of our history and heritage. This is designed to remove all vestiges of our past, except slavery, and replace it with an aspirational New Word Order, which would make Adolf Hitler blush. If Hitler would have maintained a course of mind control, instead of military or kinetic control, he would have achieved his thousand-year Reich. American Communists understand the failures of Hitler and won’t make the same mistakes.

7. There would be a complete transformation of social interactions. Pedophiles will be free to connive their way into the lives of our children. Heterosexuality will be challenged under a new speech code, designed to destroy the nuclear family, which has been the keel of the ship of state for America since its founding. Families, schools, churches and all other social events will be monitored, as to not offend anyone who doesn’t want to participate. Your way of life and that of your children will be rendered to a peasant level of existence. You will do want the State wants you to do, for the greater good of the State. In short, the individual will seek to exist.

8. The Fifty States will be rendered relics of the 18th Century. No longer will the 10th Amendment have any bite. But here is the catch. Democrats will expand the number of states to insure victory in every election, through the Electoral College and representation in the House of Representatives and Senate. There will be no legislation passed through Congress unless it fits the template of the communists and their philosophy.

9. Your personal property and your acquired wealth will be under the control of the National State. Personal wealth is a threat to the National State, as it puts control in the hands of individuals. Wealth redistribution will occur. You will not have any recourse in the courts, because every Federal District and Circuit will be a mirror image of the Ninth Circuit in San Francisco. Already we have seen our courts contort the Constitution to fit a designed goal. Our laws, those who have passed inspection by the communist Left, will be further modified by the courts, without fealty to the original intent of the Constitution. You should know that appointment of Federal Judges is already an existential fight, but tht fight will be lost under the control of Biden and the Democrat Senators.

In summary, we are in the midst of a revolution. It’s here and that can’t be denied. Study the issues which hang in the balance. The above ten are not comprehensive; there are more freedoms Americans are about to surrender if the Democrats take the White House and Congress. What you have experienced as an American will cease to exist, for it will be replaced by a New World Order, controlled by a Congress of Nations, which you have no vote in or control over. You will no longer be a citizen, but a vassal of the state.

This isn’t an exaggeration.

Study the issues closely. Know the sharp relief between the parties and their philosophies. The Democrats want to keep you dumb. That’s why they don’t want debates, for a sentient electorate is a very dangerous thing to the Democrats and the communists who control them.

This is no time to be insouciant about your rights and the election. All Americans who love this country and what it stands for MUST get up and vote. Consider your physical vote as not only a vote for your future, but a method of canceling out the fraudulent votes which will be cast by mail-in ballots. This is our Normandy and we must storm the polls as our fathers and grandfathers stormed the beaches on June 6, 1944. They defeated totalitarianism for us, let defeat it again in their memory and for our future.

Thank you, if you read this.