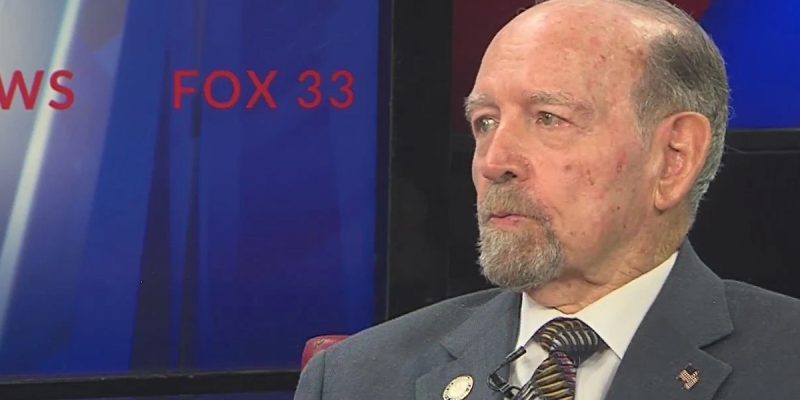 Stuck pigs squeal, which is why a lot of oinking came from Republican Bossier City Mayor Lo Walker over a tax increase he wants voters to ratify on Aug. 15.

Monday, Walker took to the airwaves to explain how the city’s request for voters to authorize starting next year a 6.19 mill property tax dedicated to public safety operations for the next decade really wasn’t an increase over the current 6 mills set to expire this year. The feat to deny the ballot item’s actual wording that it “represent[s] a nineteen hundredths (.19) of a mill increase over the 6 mills authorized” currently involved some misdirection, blame-shifting, and a subordinate’s handy prop.

To understand his argument as it is, which doesn’t quite mesh with how he wanted it to appear, it’s necessary to review the legal arcaneness of Louisiana property taxation. When citizens pass a property tax dedicated to government operations of some kind, the amount becomes a ceiling on what the government can charge. It doesn’t have to levy all of it; every year, governments have the option – in Bossier City’s case, by ordinance – to set rates anywhere up to that maximum, which normally equals the amount approved by voters.

But there is one exception. No more than every four years, parish assessors must conduct a reassessment of all property, and the Constitution mandates what happens as a result. The total assessment varies each year, most commonly because of property sales that set a higher value in most cases that becomes a revised assessment or reclassification of property, but that occurs on individual parcels. Only in the reassessment period do assessors assign a percentage change across the board to reflect underlying assumed market conditions.

If, as happens most times in most parishes, the overall assessed value in the parish rises, governments in it employing property taxes for funding their operations (not general obligation debt) must adjust downward their millages absent an extraordinary measure. The adjustment must offset exactly the percentage increase so that, all other individual parcel changes excepted, the amount of tax money collected is the same.

Governments can, however, recapture some of all of the reduction through a process known as “roll forward.” A supermajority of its governing authority (or if one individual like a sheriff or coroner, through that person’s assent) can authorize retaining a higher millage, all the way up to the previous level. Triggering this would increase the amount in tax payments made on a property, but would not constitute a tax increase since the proportion paid on the property’s value would be no more than previously. It would be like earning more income from one year to the next but staying at the same marginal rate or smaller. At worst, a roll forward represents a missed opportunity for tax relief.

In the other instance, there is no option. If property values fall, the Constitution mandates that millages must rise to create the same effect: all other individual parcel changes excepted, the amount of tax money collected is the same. In fact, the millage rise becomes the new maximum rate that can be charged – a loophole that permits a government to exceed levels that citizens set. It becomes a tax increase because the proportion paid rises, even if the total amount paid remains the same.

And it gave Walker the chance to have one of his subordinates on camera cough up his property tax notice to display he already paid the 6.19 rate, leading to his contention that the election item doesn’t represent a “tax increase.” That’s false – because the public never authorized the existing measure to go up to the requested rate for 2021-30 and Bossier City could have corrected downward the current rate at any time.

Keep in mind that a government doesn’t have to apply the maximum. As a point of reference, the city’s fall from 2016 of about $608 million in taxable value to around $600 million in 2017 caused busting the cap. In 2018 it rebounded to around $611 million and up to about $635 million in 2019. The figure for 2020 hasn’t yet been made public, but it likely will rise further, and the 2021 reassessed figure would be unlikely to fall.

Note how, had that one decline not happened at precisely the time it did, the rate could not have exceeded the legally authorized maximum. Let’s say, for example, instead of a 2017 fall, it rose slightly to $609 million, then hit the subsequent $611 million and $635 million figures, meaning the cap never could have been busted. Assuming the city then would have increased .02 from the 5.98 rate anyway, a year at .07 extra and (counting this year) four at .19 extra netted the city an extra half a million or so dollars of taxpayers’ money solely because it could take advantage of this glitch.

It didn’t have to. Walker’s broadcast rhetoric – “the tax assessor made that adjustment” – implied the city had no control over the rate recently. In reality, at any of this or the past two years, the City Council with Walker’s cooperation could have stepped back on the rate, once values had come back up, to spare Bossier Citians their increased payments. Instead, they did nothing and pocketed the bonus.

Which brings us to the current issue. In essence, Walker wants the public to validate after the fact a tax increase imposed on it years ago without its permission, by permitting a higher tax rate for the next decade than it did over the previous decade. This despite some $60 million in excess cash lying around in city coffers, the investment proceeds of which easily could cover the .19 difference.

And Walker and the Council put themselves in a box on the matter. If the whole thing goes down, the next time it could ask for what would now become a new tax, not a renewal, would be in the spring – during city elections. None of these incumbents want to be running for reelection on the same ballot with a tax increase associated with their name, so the next shot would come in the fall piggybacking on Orleans Parish local elections. Meanwhile, until then the city would be uncertain as to whether it would have at all in 2021 the roughly $3.75 million (if at 6 mills) and have to budget accordingly.

It should go down, because of the arrogance of Walker and the Council that it could pop the citizenry with a stealth tax increase and then have it meekly bake in the increase for the next decade. Such disconnection of the governors to the governed deserves punishment, with their penance returning in 2021 with a 6 mill new tax – at least those who survive reelection in the face of this stealth governance.