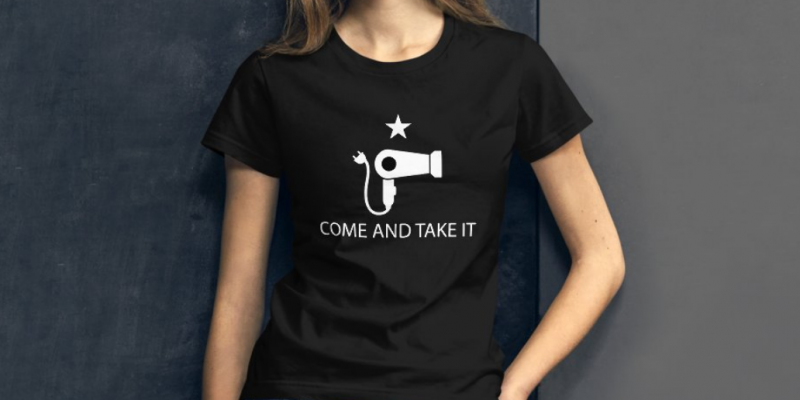 With more than 68,000 votes cast in the Senate District 30 special election held Tuesday, no candidate received 50 percent of the vote.

According to unofficial results updated at noon Wednesday, political newcomer and Dallas-area salon owner Shelley Luther pulled ahead of her opponents, receiving 32.17 percent of the vote. Republican state Rep. Drew Springer finished second with 31.93 percent. The difference was roughly 164 votes.

The special election was held to fill a seat vacated by Republican Pat Fallon, who resigned to run for a seat in the U.S. House.

A run-off election date has not yet been scheduled.

Luther, a Republican, made national news in May after standing up to Republican Gov. Greg Abbott’s executive order, which classified her business as non-essential. After two months of statewide closures, she reopened despite the order, arguing her employees needed to work to eat and feed their children. She defied a county judge and went to jail, becoming a symbol to those across the country who oppose COVID-19 restrictions.

Lt. Gov. Dan Patrick offered to pay her $7,000 attorney fees and serve her sentence in her stead. U.S. Sen. Ted Cruz flew to Dallas to get his hair cut at her salon and talked about her case on several national news programs.

Luther’s campaign slogan, “Come and Take It,” represents a new rallying cry for conservative Texans who feel they are not being heard in Austin. Instead of an image of the cannon from Gonzales, where she got her slogan, Luther wears a shirt while campaigning with “Come and Take it” and an image is of a hair dryer on it. Texas revolutionaries famously told the Mexican government they would not give up their guns. Luther’s message is similar: Texans will not give up their livelihoods to executive orders they argue are unconstitutional.

“When thousands of demonstrators rallied to defund the police, politicians said nothing. But when I opened my small business so moms could feed their kids, they threw me in jail,” Luther said in a television ad. “But I fought back and they backed down. I’m Shelley Luther. I’m pro-Trump, pro-law enforcement, and I believe every job is essential.”

When asked at a recent Facebook live campaign event if Luther won the election what would she do to end the governor’s shutdown, she replied, “… the first thing that I would do is start going after Gov. Abbott’s lockdown and getting these nursing homes open, the bars and then restaurants all the way open, because I think it is absolutely ridiculous that places like Florida can open all the way today, and here we are in Texas being embarrassed that we’re still closed down, and we’re supposed to be the ones that are leading the way, the ones with personal responsibility and strong Republicans.”

Ahead of the race, Fallon, whose former seat Luther is running to fill, endorsed her opponent, Springer. Abbott had previously endorsed Springer when he was running for reelection in the state House. However, Abbott has not endorsed any candidate running in the special election.

When Midland oilman Tim Dunn loaned Luther’s campaign $1 million in mid-September, he said he supported her because the “Austin Swamp has tilted the playing field to negate Shelley’s grassroots advantage.”

Dunn is chairman of the board and primary funder of Empower Texans, a grassroots advocacy network.

Springer criticized Dunn’s support, saying the Texas Farm Bureau and National Rifle Association have endorsed him and they “know how bad an [Empower Texans] bought and paid for Senator would be for Texas.”

The shirt Luther is wearing is currently being offered at a 10 percent discount:

Huge Congrats to @ShelleyLuther who is now headed to a runoff. For a limited time, use "Luther2020" to get 10% off the SL Special!https://t.co/h8z6kgOfjO