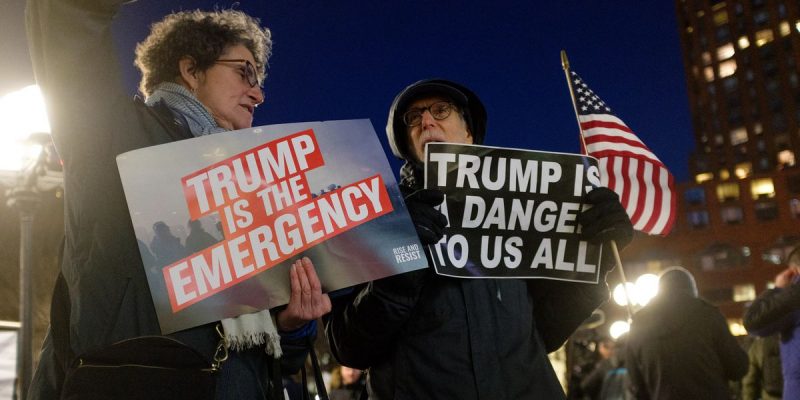 The Democratic Party of today bears little resemblance to the political home of former Presidents such as Harry Truman and John F. Kennedy. In those days, the leaders of the Democratic Party, like their GOP counterparts, were unabashedly patriotic. While Democrats and Republicans had different economic and foreign policy positions, both parties shared a fundamental love of our country, as well as its history and traditions.

It is a much different Democratic Party today as Socialists have become very influential. Far left policies such as the “New Green Deal,” “Medicare for All,” and free healthcare for illegal aliens are commonly accepted.

While the party has moved to the far left, there has also been a growing hatred of our country and its history. For example, over the past few months, dozens of historic monuments have been destroyed throughout the country with the support of Democratic Party leaders.

Today, many Democrats no longer view our Founding Fathers as visionary geniuses, but as racist slave owners. Thus, the founding of our country, once viewed as a proud period in American history, is currently taught much differently in our schools.

While many Democrats have come to hate America and our history, they reserve a special form of hatred for our 45th President, Donald J. Trump. In truth, he has been despised by many since the day he came down the Trump Tower escalator and announced his presidential campaign. The hatred grew during his campaign and reached a new level of abhorrence after his inauguration.

Since that time, it has only grown more intense. Joining in the hatred of our President are the media, the Deep State, globalists, establishment Republicans, almost all of Hollywood, and most special interest groups. The condition has been accurately labeled Trump Derangement Syndrome.

For many Democrats, politics means everything, for government is their deity. They took the loss in the 2016 presidential election extremely personally. From Hillary Clinton down to neighborhood precinct captains, many Democrats refused to move on from the last election and just accept defeat. This attitude explains the various hoaxes, the non-stop investigations, the refusal to work together on issues in the national interest and the unmitigated hatred toward the President.

It has been on a sickening display since the President’s announcement on Friday that he had contracted Covid-19. While almost all Republicans and decent Americans are worried about the President and praying for his recovery, too many Democrats are celebrating his sickness.

For example, documentary filmmaker Michael Moore tweeted that “My thoughts and prayers, too, are with Covid-19.” This disgusting human being, a hard-left supporter of U.S. Senator Bernie Sanders, is hoping the virus kills the President. It takes a special type of political creature to root for the death of a political opponent.

Sadly, Moore is not alone.  A Democrat running for North Carolina Commissioner of Agriculture, Jenna Wadsworth, tweeted that the Trump Covid-19 diagnosis “ranks pretty high” as an “October surprise” favorite “in the history of electoral politics.” Wadsworth was asking for feedback from her followers, while delighting in the misfortune of the President.

U.S. Representative Ilhan Omar (D-MN) criticized the Biden campaign for removing negative commercials while the President was being treated for Covid-19. Omar tweeted, “Why would Biden delay or suspend his campaign when we know Trump would’ve had ads up by noon today ridiculing Biden for testing positive? Get it together.”

The hateful behavior is not limited to Democratic candidates or well-known celebrities, but it also extends to rank and file members. America should never forget the supporter of Bernie Sanders who almost killed U.S. Representative Steve Scalise (R-LA) and his Republican colleagues at a baseball practice in 2017. Recently, in Portland, a Trump supporter was killed by an avowed member of Antifa, who was later killed in a confrontation with law enforcement.

Today, a gunman shot at Trump supporters who were participating in a car parade in Hillard, Ohio. Fortunately, the bullet shattered the window of the car, but did not kill any of the Trump supporters inside.

The mood of the Democratic voters was captured in a new Morning Consult poll, which showed that 22% of the participants were “happy” while 17% were “excited” that the President was diagnosed with Covid-19.

It is both sickening and quite sad that so many Democrats wish illness or death upon our President. Even outside of Walter Reed Hospital, where the President is being treated, protesters gathered to jeer the Trump supporters and yell “F**k Donald Trump” and give them a middle finger salute. Others yelled “I hope he dies.”

Whether it is from rank and file Democrats, celebrities or elected officials, such behavior is not only disgusting, but it is also not acceptable.  Such hatred would never have been exhibited by Republicans toward any ill Democratic President, such as Bill Clinton or Barack Obama.

Democrats have lost a sense of common decency, love of country and respect for our institutions. It was on display at the last presidential debate when former Vice President Joe Biden repeatedly said, “Shut up” to the President or called him a “clown.”

This type of conduct, from Biden to the hospital protesters is reprehensible. Hopefully, it will be loudly and clearly repudiated by the American people on November 3.