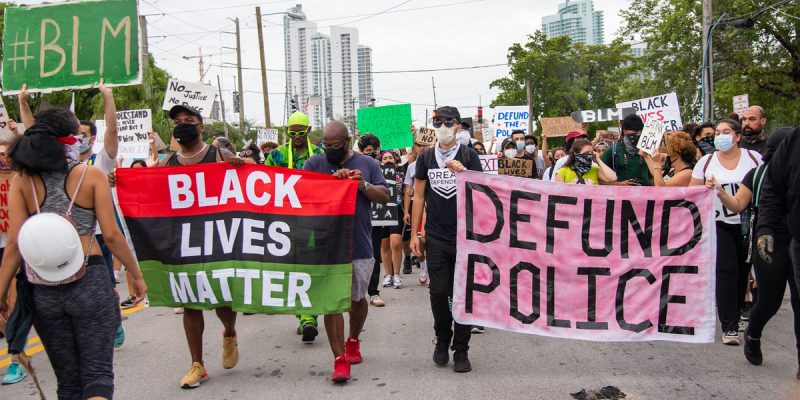 In the ashes of the failure of Republican state Rep. Lance Harris’ HB 38 from the just-concluded special session of the Louisiana Legislature, most disappointing was the demonstrated ignorance of some opponents to it.

The bill would have allowed the Joint Legislative Committee on the Budget to review local governments that perform functions of or are law enforcement agencies that decreased spending on that function a quarter or more, unless their tax collections in the period dropped. If the JLCB determined the decrease harmed public safety, the offending government would lose the chance to receive capital outlay money from the state and any appropriations for sale tax dedications.

Harris, who is running for Congress, pitched the bill as a proactive antidote to the actions of a handful of cities nationwide that have made efforts to defund police departments under the allegation that they perform in a systematically racist way. None in Louisiana have attempted this, although extremist elements have called for this in New Orleans.

All too predictably, leftist legislators attacked the measure, some by likening it to campaign rhetoric or disingenuously saying they opposed it only because it didn’t appear to be a problem, which if true showed they either were oblivious to the possibility it could happen at all or that they negligently believed in closing the barn door after the horse escaped.

But others in this debate indicated that they didn’t understand a basic principle of American government. One such exemplar, Democrat state Sen. Katrina Jackson, claimed “this is definitely expanding government. This is overregulation.”

A pair of officials who should know better by virtue of their positions with the lobby for Louisiana’s municipalities, the Louisiana Municipal Association, gave a different, if equally as illegitimate, reason for opposition. LMA President John Gallagher said you have to leave these kinds of issues to local leaders, while its executive counsel Karen White argued “the Legislature is inserting itself into local politics. Where do we draw the line?”

None of the above appear to be familiar with Dillon’s Rule, which gained American constitutional status in the early 20th century. In essence, this judicial doctrine interprets the Constitution to define local governments within states entirely as creatures of the state, with these exercising only those powers granted explicitly by the state and any others related by necessity or indispensable to their abilities to exert those powers. In other words, states delegate authority to local governments to perform certain tasks on its behalf.

Thus, White must come to understand, the Legislature has every right to insert itself into local politics. If legislators feel that a local government is not discharging adequately the duty assigned to it by the state, they must take corrective action. That’s where you “draw the line,” and a proactive measure to prevent dereliction of that duty constitutes sound policy-making.

Similarly, Gallagher must come to realize, when you properly understand the relationship between the state and its local governments, that you don’t have to leave this kind of decision-making solely to local leaders. If such decisions made locally potentially cause bad policy outputs, then it’s the job of state policy-makers to remove or attenuate that option.

Thusly, Jackson must acknowledge that this is not an expansion of government, but a reallocation of the locus of policy-making on a particular issue. If discretion in policy-making at the local level could result in bad policy outputs, then the state has an obligation to vet it and attempt correction if it strays.

Many such precedents exist in Louisiana law. For example, local governments can’t set their own minimum wages for the nongovernment sector, with the law explicitly recognizing the deleterious effects that a non-uniform wage would produce (without even mentioning the ill-effects that higher minimum wages produce).

Unfortunately, insufficient commitment by too many senators to staving off future defunding efforts, illustrating a drawback of part-time legislatures, prevented the bill from passing when enough of its members decided they wanted to go home early and let the bill expire this time. Something like it deserves enactment in the 2021 Regular Session.

Interested in more news from Louisiana? We've got you covered! See More Louisiana News
Previous Article BAYHAM: Amy Barrett And The Future Of The Supreme Court
Next Article MARSH MAN MASSON: We Put In Next To A Bridge, And WHACKED The Fish