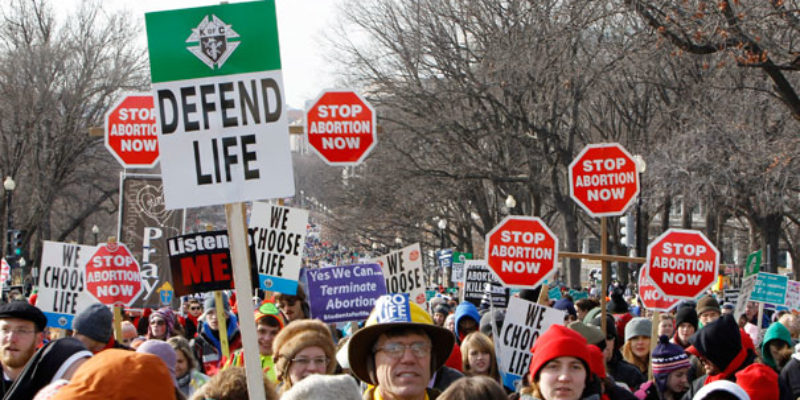 With an apparent change that could benefit pro-life policy coming in the direction of the U.S. Supreme Court, yet after a judicial setback this summer and possible change in presidential administrations ahead, what should Louisianans do to protect the unborn?

Possibly the high court, with the extremely likely ascension of Louisiana native appellate Judge Amy Coney Barrett to it (that process beginning this week with her Senate hearings), will in the future reverse the flawed Roe V. Wade precedent that took an exclusive power of states out of their hands: regulation of abortion. If so, Louisianans already have a ready-made instrument in their hands: Amendment #1 on this fall’s ballot that would deny that the Constitution conveys any right to abortion.

But what if that reversal doesn’t happen? Unfortunately, this summer the Court, because of too much respect for bad precedent, overruled a Louisiana law that reinforced health and safety measures present in abortion mills. Fortunately, other actions exist at the state level that serve to make abortion safer and rarer.

A version of one also exists at the federal level. Already having made rules changes that better reflect programmatic intent to prevent Title X Family Planning Program funds from encouraging abortions, Medicaid’s statute presents an option to deny the flow of money to organizations that perform abortions. The federal government could do this on its own, but states also have that option.

And two of Louisiana’s neighbors have acted. Both Texas, in the same appellate circuit as Louisiana, and Arkansas in the case of Planned Parenthood – the dominant abortion provider in the country with its largest source of income by far from abortions – have cut off its funding on the basis of serious wrongdoing by the organization, as highlighted in its methods of disposal of body parts and failures to report sexual abuse and rape, among other things. Texas still faces a legal appeal to its decision at the Fifth Circuit Court of Appeals.

Louisiana, however, can’t follow the same strategy, because Planned Parenthood doesn’t provide abortions in Louisiana. It wants to, having tried to start a facility in New Orleans to do that. But it can’t, because it can’t get a license to operate from the state in a process it claims discriminates against it, and went to court over that with that case also now with the Fifth Circuit.

Of course, should Republican Pres. Donald Trump not win reelection, almost certainly any chance of the federal government acting to disqualify Planned Parenthood evaporates. The next step for Louisiana would come if and when the organization receives the license and starts in on aborting, at which point the state should emulate its neighbors. (Whether it could also depends upon whether the courts allow challenges to actions like those of Arkansas and Texas that could overturn those decisions, with this dispute seemingly inevitably to reach the Supreme Court.)

Should things play out this way – Planned Parenthood grinding out abortions in New Orleans with states able to exercise their powers as did Arkansas and Texas – this would prove an excellent way for Democrat Gov. John Bel Edwards to show he walks the walk on the issue, despite the pressure from his party to desist. If by then he has left office replaced by a Republican – a bet extremely likely to pay off – that makes this choice to cut off the organization a given.

After the election with probable Amendment 1 passage, for Louisiana this means a lot of waiting on actions to make abortion rarer and safer. Yet better that future outcome than the opposite.