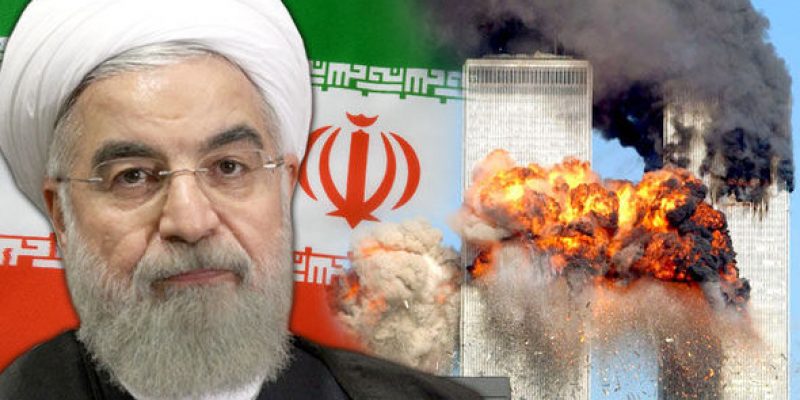 Lost in the news surrounding the presidential election here in the U.S. was the extremely important story that Israeli agents acting at the request of the U.S., killed Al Qaeda’s second in command on the streets of Tehran back in August.

Abdullah Ahmed Abdullah, also known as Abu Muhammad al-Masri, was shot and killed by two Israeli agents riding by on a motorcycle on 7 August.

It is of course significant that the Israelis acted at the behest of America, illustrating the close cooperation and warm ties that have characterized U.S.-Israeli relations in the post-Obama-Biden era during the Trump presidency. The Israelis no doubt have superior intelligence compared to U.S. agencies as to what is going on in Iran.

But what is even more significant is the fact that an Al Qaeda’s number 2 commander was evidently living and operating freely in Iran.

The relationship between Iran and Al Qaeda has been documented for years, yet for some reason many naïve Western observers continue to insist that Shia Iran and Salafi Sunni Al Qaeda would never cooperate with each other.

But in this latest case there is clear evidence of cooperation and collusion. Al-Masri was not just some low level Jihadi or even an Al Qaeda “lieutenant.” He was the second highest ranking Al Qaeda terrorist in the world and the heir apparent to Ayman al-Zawahiri, the 68 year old head of Al Qaeda. Not only that, Al-Masri’s daughter was the widow of Osama Bin Laden’s son, Hamza Bin Laden, who was killed by U.S. Special Operations forces in a counterterrorism operation sometime in 2018 or 2019. Al-Masri was one of the founding members of Al Qaeda and is wanted by the FBI for his role in the 1998 East Africa embassy bombings.

According to the New York Times, Al-Masri was in the protective custody of the Iranian Islamic Revolutionary Guard Corps, the military and intelligence organization that facilitates Tehran’s support for and sponsorship of Jihadist terrorism around the globe.

This suggests a close relationship and very probably joint training and operational collaboration.

The Left in America in particular has long been in denial about Iran’s long-standing ties to Al Qaeda, insisting that the two entities were arch enemies. That denial goes back over a decade.

In 2008, Obama campaign adviser Merrill McPeak was quoted as saying that “Iran is a big enemy of Al Qaeda.” That statement was ignorant then and it’s ignorant today. When McPeak made that statement I wrote a column for National Review detailing Iran’s support for Al Qaeda. It started with direct quotes from the 9/11 Commission Report which are just as relevant today as they were then:

‐Once Osama Bin Laden moved from Sudan to Afghanistan and established terrorist training camps there, Iran facilitated the transit of jihadists to al-Qaeda training camps via Iran. Among other things, Iran did not stamp their passports when they passed through Iran on their way to Afghanistan. This made it impossible for countries to know when someone had attended a training camp in Afghanistan because there was no record. This policy particularly benefited Saudi members of al-Qaeda, and the Commission reported that 8 to 10 of the Saudi 9-11 hijackers had transited through Iran.

Of course Israel, who evidently carried out the termination of al-Masri, is no stranger to Iranian cooperation with Sunni Jihadist terrorism. For decades, Iran has been the primary sponsor of HAMAS, the Sunni Muslim Brotherhood Jihadist organization which seeks to replace Israel with an Islamic State ruled by Sharia.

The news about al-Masri comes at a very important time in the U.S. We could be confronted with the prospect of a new president who:

The available evidence suggests that America’s two most dangerous Jihadist enemies—Iran and Al Qaeda–are in league with each other and if things do not go well in court and in audits of the election results in key states, the free world will be saddled with an ignorant and naïve commander in chief with a track record of letting those enemies grow strong and threaten us.