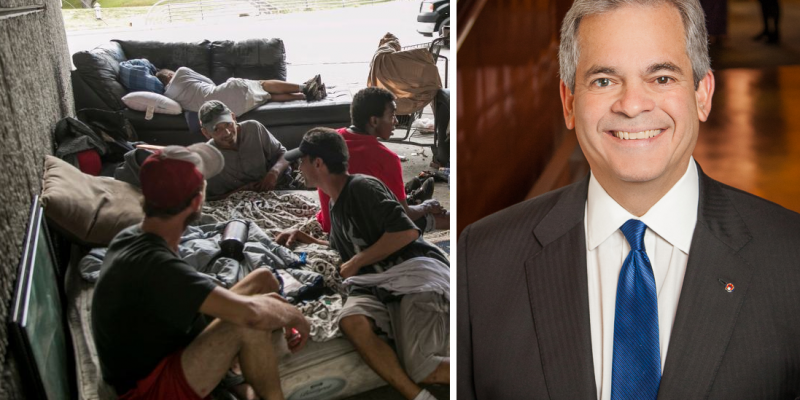 Democrat Austin Mayor Steve Adler was telling Austinites to stay home to prevent the spread of the coronavirus while he was on vacation in Cabo San Lucas, Mexico.

“We need to stay home if you can. We need to keep the numbers down. Now is not the time to relax,” Adler said while he hosted his daughter’s wedding with more than 10 people in attendance and then flew to Mexico for vacation.

Adler confirmed to KVUE Austin that after hosting his daughter’s wedding, he and eight other people vacationed in Cabo San Lucas, Mexico, flying there on a private jet less than 24 hours after Austin’s Interim Health Authority Dr. Mark Escott warned Austin residents to “start to decrease those travels outside of your home that are not necessary.”

Adler told KVUE Senior Reporter Tony Plohetski that he did not violate his own order or Gov. Greg Abbott’s orders and took multiple steps to ensure the safety of his guests.

Adler hosted his daughter’s wedding and reception at Hotel Saint Cecilia with 20 guests while Austin was under Stage 3 guidelines under which no gatherings of more than 10 people were allowed.

“… the private actions are from a public official who has been front and center urging Austinites to take COVID-19 precautions – and he even did so while he was out of the country,” KVUE reported.

Adler told Austinites, “now is not the time to relax” while he was on vacation in Cabo San Lucas and just one week after Austin-area Williamson County Judge Bill Gravell was forced to pay a $1,000 fine for violating his own “stay-at-home” order.

Prior to Thanksgiving, Republican Tarrant County Judge Glen Whitley warned residents to avoid large gatherings on Thanksgiving, yet a resident posted a photo on Facebook of several cars parked outside of his home on Thanksgiving Day.

“Judge Whitley told all of us to only eat at home with our immediate family and to wear masks during Thanksgiving,” True Texas Project CEO Julie McCarty posted on Facebook. “Meanwhile, he’s got 5 vehicles and an RV at his house!”

On August 16, Whitley’s daughter posted a picture online of him at her birthday party not wearing a mask. Both photos were published online after Tarrant County’s mask mandate was extended through the end of November.

Other news reports cite several elected officials and judges in the state, including the governor, not complying with their own respective coronavirus orders.