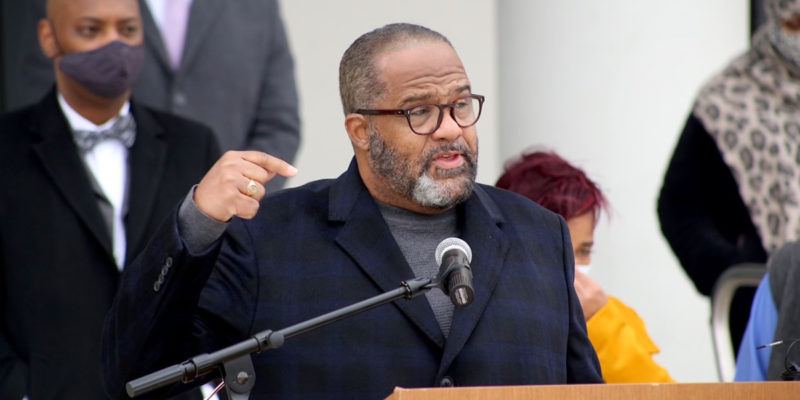 The smart money is beginning to show up for state senator Troy Carter as the favorite in Louisiana’s 2nd Congressional District, which will have a special election March 20 to replace the departing Cedric Richmond. The latter is joining the Biden administration as an outreach coordinator of sorts, though given his atrocious record of outreach to anybody who isn’t a black Democrat it’s a pretty good indication of how friendly the Biden administration is going to be to people who don’t meet the definition of core Democrats.

The race was set up as a free-for-all among the leftist mob politicians in New Orleans, but that hasn’t really materialized. New Orleans city councilwoman Helena Moreno, a former state representative who is doing everything she can to curry favor from the left-wing NGO’s who run that city in advance of a campaign for higher office, is demurring (an indication Moreno might jump into the mayoral race later this year against vulnerable incumbent LaToya Cantrell). So did Baton Rouge state senator Cleo Fields.

That leaves Baton Rouge leftist agitator Gary Chambers, whom no one will vote for, Carter and his fellow state senator and former Louisiana Democrat Party chair Karen Carter Peterson. It’s likely a Republican will get into the race, and possible one might be able to make enough of a run to make the runoff. But we don’t yet know whom that will be.

And between Carter and Peterson, Carter looks like the favorite. Especially after this…

Richmond’s last speech was a total disgrace, accusing Republican House members of being “co-conspirators” in the Capitol riot for the sin of objecting to clear irregularities if not outright theft of the 2020 presidential election. But in the 2nd District that’s considered good politics. Whether it translates to his new job or not remains to be seen.

Troy Carter isn’t combative like Richmond is. As one veteran of the battles at the Louisiana capitol noted, you barely realize he’s there. That can’t be said of Peterson, who is a walking volcano of recrimination and victimhood.

What will be interesting is what happens now that Karen Carter Peterson knows she’s the outsider in the race – which was not her expectation. And whether she can hold off whichever Republican makes the field. Qualifying begins Wednesday.

Interested in more national news? We've got you covered! See More National News
Previous Article ALEXANDER: Hypocrisy And The Rise Of The Cancel Culture
Next Article APPEL: The Perils Of “It’s My Turn” Politics Are On Display In Louisiana