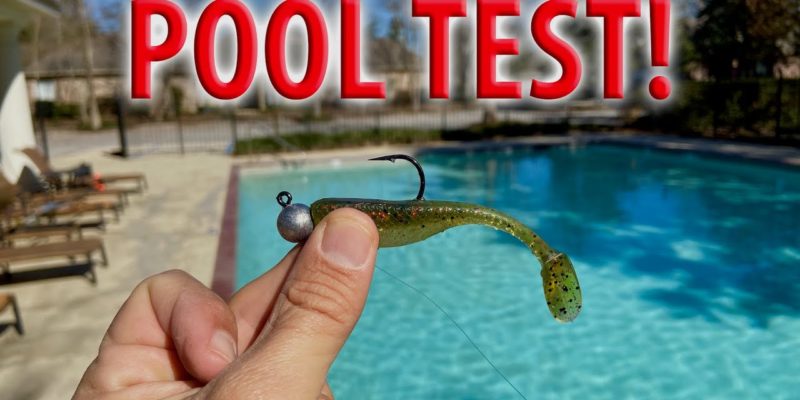 You ever have one of those days when your buddy is yanking fish over the gunwale like he’s some kind of human fish excavator, while you’re acting more as a spectator than a participant? Of course you have. Every angler who’s fished more than five times has been on both sides of this equation.

Well, I’ve been on the wrong side of it three trips in a row with my son, Joel.

For whatever reason, he’s been annihilating the fish, while I catch one here and one there. I’ve done everything I can to imitate his technique, but the results just haven’t been there.

Now, Joel and I have fished together literally thousands of times, and on many of those trips, I took him to school and gave him a figurative lesson. I would rate our fishing skills as equal, and I think he would do the same.

But there’s an important difference in gear selection between Joel and me, and I suspected that’s what was at least partially responsible for his recent good fortune.

I’m a diehard braided line guy. I fish it with a fluorocarbon leader so it’s not visible to the fish, but I just love the sensitivity of braid, and it drives me nuts to fish with monofilament or main-line fluorocarbon. Joel, on the other hand, fishes fluoro exclusively, and he’d opt for mono over braid if he couldn’t get fluoro. He despises braided line.

The stretch of the fluoro allows Joel to fish his soft-plastics using a technique known locally as the Pontchartrain pop because it’s employed by so many successful anglers who yank speckled trout off the bottom of Lake Pontchartrain, most notably Matrix Shad owner Chas Champagne.

After casting and letting his lure settle to the bottom, Joel makes three intense pops of the rod before letting the lure settle again. It’s a crazy-looking technique that would be downright laughable if it weren’t so productive.

My assumption has always been that the Pontchartrain pop doesn’t work nearly as well with braided line because the lack of stretch forces the lure to move too far on each pop. But could I transform my hypothesis into an actual theory?

To find out, Joel and I visited a local neighborhood pool with underwater cameras in tow to see how different our fishing styles make lures appear to the fish.

It was enlightening — to say the least.