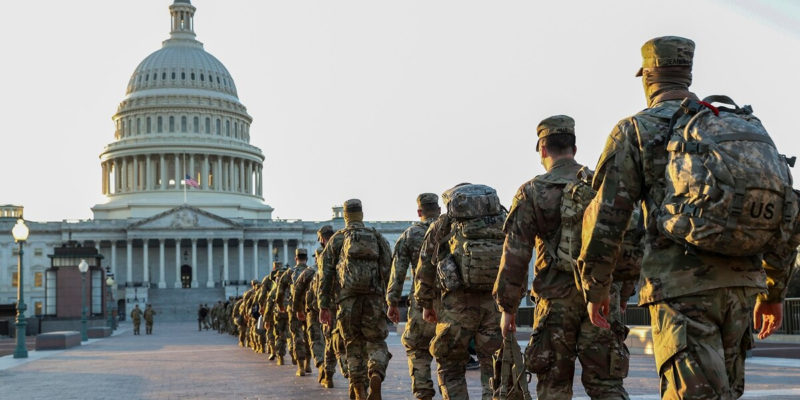 Since the founding of our republic, military personnel have served under commanders-in-chief they didn’t like. Who a soldier likes or dislikes is fairly irrelevant from a political standpoint. A soldier takes an oath to support and defend the Constitution and to follow the orders of those appointed over him or her.

The fear the left is trying to create is irrational; oddly, I think it is a mirror image of what they created. When former President Obama weaponized the IRS and sicced them on Christian churches and the Tea Party, they turned a dangerous corner for our country. When the same administration unleashed the Department of Justice on journalists (see James Rosen and Sharyl Atkinson), they moved further down this slippery slope. When President Obama and his people weaponized the DOJ and intelligence community and turned them loose on then candidate Trump and his associates, they ratcheted up the game.

The truth: Professional soldiers and guardsmen in our republic are just that – professionals. They are not traitors nor are they security threats. The left has wanted to create “boogey men” for as long as I can remember. Our Guardsmen are NOT boogeymen.
They are not threats.

Occasionally, bad people slip through the various “gates” of recruiting and promotion and stick around in uniform – some for years. Major Hassan Nidal comes to mind as one who slipped through the cracks. But his crime of mass murder was not reflective on anything but HIM.

As a retired commissioned officer, I find it offensive that the discussion of who the country’s Guardsmen voted for or support politically is even taking place. Commanders screen these people. Commanders and Senior Non-Commissioned Officers make decisions as to who is fit to deploy, and they sign off on suitability of soldiers and airmen before they send them on missions. The DoD and National Guard have security checks for these folks.

The Guard is there to do a job. Shame on the people arousing suspicion of our warriors. Rep. Steve Cohen of Memphis, Tennessee, as Tucker Carlson exposed last night, is an example.

The efficacy or utility of the job is another story, all unto itself. I don’t necessarily like the fact that so many are there in Washington, DC this week, but that’s a discussion for another time. These folks are following legal and valid orders, whether we like them or not. Insulting these citizen soldiers in this fashion is the epitome of ignorance.