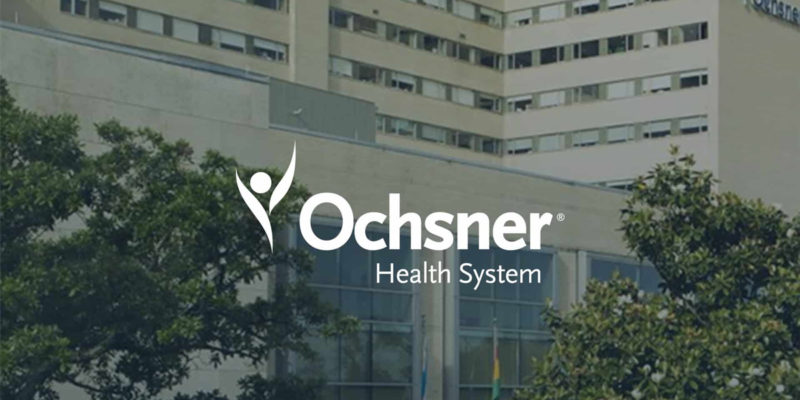 We’re aware that many of our readers have hit political overload after the events of the last eleven weeks and therefore you’ve largely missed out on the frenzy the drunk-on-power Left has been on since the presidential election. The thing about a frenzy, though, is it doesn’t stop until it’s touched everything near it.

And the frenzy on the Left won’t stop until they’ve done a maximum amount of damage. For example, these particular loons are trying to incite a demographic which statistically accesses health care least advantageously than any other to…access less health care.

“Of all the forms of inequality, injustice in health care is the most shocking and inhumane.” ~Martin Luther King

“The Louisiana Center for Health Equity is presently experiencing first-hand Ochsner Health’s treatment of Black and Brown people. Ochsner Health is claiming to be committed to reducing health disparities and inequities in Louisiana. However, they have totally disregarded the only statewide organization with a decade long track record of doing this work and just blatantly plagiarized our intellectual property,” said Alma C. Stewart, President and Founder, Louisiana Center for Health Equity.

The Louisiana Center for Health Equity is also concerned that Ochsner Health appears to be becoming a monopoly in some areas of Louisiana that may limit patient’s choices, especially Medicaid patients. Furthermore, we believe these actions by Ochsner Health suggest a perceived pattern of systemic and pervasive disparate and unjust treatment of Black and Brown people based upon their unfair attack on the Louisiana Center Health Equity. All of this is happening during the COVID 19 pandemic that has itself had an alarming disproportionate impact on the Black community.

The Center is most known for leading the advocacy for Medicaid expansion through our Campaign for Healthcare for Everyone-Louisiana that has had among the largest economic impacts throughout Louisiana in our recent history while stabilizing our healthcare system and affording over 500,000 adults health insurance coverage. January 13th marked the 5th year anniversary of Medicaid expansion in Louisiana.

You’ve very likely never heard of the Louisiana Center for Health Equity, or Alma Stewart, its president. This is one of those fly-by-night non-governmental organizations which catches funding from an out-of-state left-wing foundation, and it serves as a vehicle for Stewart, who’s a former state government bureaucrat, to shop herself out as a consultant on things like HR and health care. Essentially, the way this works is it’s the old Jesse Jackson scam – they shake companies down for funding, and if they’re not satisfied with the results they’ll scream racism until they are.

Obviously Ochsner, who everybody understands didn’t have all that firm a handle on how to treat COVID at the beginning (nobody in Louisiana did, by the way, but lots of states were just as bad; consider New York, New Jersey and Michigan and their stashing COVID patients in nursing homes for a maximum body count), hasn’t proven its wokeness – so Ochsner gets called racist and they get a boycott.

Except what does boycotting Ochsner, which runs some of the best hospitals in the state, do for health care in the black community?

Talk to doctors, particularly ER doctors, around the state and they’ll commonly tell you they see lots of black patients coming into the ER with severe medical conditions that have gone untreated for weeks, months and years. They’re on Medicaid, which the Louisiana Center for Health Equity has spent the last decade signing people up for and which does nothing to improve health care for its clients, so they have at least a semblance of health insurance coverage, and yet they don’t go to the doctor and don’t even have a clue about preventive medicine. So things like diabetes and COPD get a million times worse and then finally they’re on death’s door when they finally end up in the ER, and at that point there isn’t a whole lot the docs can do to fix them.

So boycotting Ochsner and putting out the message that the Ochsner hospitals are run by racists who want to kill black people is likely to…help bad healthcare outcomes?

Everybody realizes that Medicaid pays next to nothing in reimbursements to hospitals and health clinics, right? So if a population which is overwhelmingly on Medicaid were to boycott Ochsner, meaning its patient-load becomes more oriented to private health insurance customers, it probably doesn’t do a lot to negatively affect its bottom line.

Of course, the aim here is to create bad publicity, not a negative bottom line. The Left has demanded a boycott of Rouse’s grocery stores, and they’re more full now than they were before Donald Rouse, Sr. showed up in DC on January 6. But the public perception is that’s an “embattled” business, and most corporate managers are terrified of being in the crosshairs of the Left.

Even if the outrage is unjust.

Ochsner is going to fix this by paying legal settlements to the families of the COVID patients it treated with some degree of negligence, which everybody knows is likely to happen with respect to lots of hospitals around the country. And they’ll probably cough up some danegeld to Alma Stewart and/or her organization, probably by hiring her to advise them on how better they can kiss the ring of the Left. And all this will go away until the next demand for tribute comes down the pike.

And will any of that help to create better health outcomes in the black community?