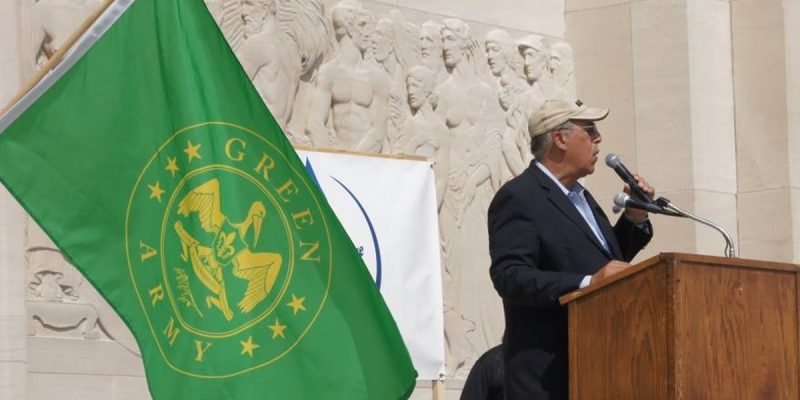 You’ve probably heard by now that Lt. Gen. Russel Honore’, who became famous after he was put in charge of New Orleans when the city was crippled following Hurricane Katrina, then sold out to the solar lobby as head of a faux-environmentalist Green Army, is now in charge of security at the Capitol in DC. Thank House Speaker Nancy Pelosi for that.

It hasn’t gone so well, frankly.

House Speaker Nancy Pelosi, D-Calif., tapped Honoré to lead the investigation into the security of the U.S. Capitol after the Jan. 6 attack.

But days after the attack, Honoré slammed the Capitol Police and the House and Senate sergeants at arms, claiming “complicity.”

“I was surprised that the Pentagon did not have those troops on standby,” Honoré said on MSNBC. “The FBI had a major failure in their intelligence.”

He added: “I think once this all gets uncovered, it was complicit actions by Capitol Police.”

Honoré said an investigation needs to determine whether former U.S. Capitol Police Chief Steven Sund “was … complicit along with the sergeant at arms in the House and the Senate.”

He added: “It gives appearance of complicity.”

Honoré also suggested that perhaps Capitol Police and other officials “complied because he might have thought 45” — referring to former President Trump, the 45th president of the United States — “was coming to the Capitol and he gave way to the protesters.”

During a separate interview with FOX 8 just a day after the riot, Honoré said he has “just never seen so incompetence, so they’re either that stupid or ignorant or complicit.”

“I think they were complicit,” he said.

Tucker: Pelosi's named a conspiracy theorist — who claimed the Capitol riot was an “inside job” and has said some Republicans “should be treated like terrorists” — to conduct an overview of Capitol Hill security pic.twitter.com/KO5RGlt5Zo

Of course, we’ve known for a while here in Louisiana that Honore’ is more than a little nuts. That’s something the country might start getting an inkling of as it sees his fingerprints on the Capitol.

For example, there’s the fact Pelosi and Joe Biden apparently need 5,000 troops more or less permanently to protect themselves from the bored housewives who make up most of the QAnon crowd. That apparently is also why we’re being told the nation’s capital will be covered in razor wire until September.

And there’s the 35 Capitol Police officers who have been suspended for not cracking skulls among the people who stormed the Capitol – something which looks an awful lot like an ideological purge of that body.

Of course, Honore’ has the Republicans on Capitol Hill absolutely furious. Why? Possibly due to bad grammar, but more likely thanks to his attitude… 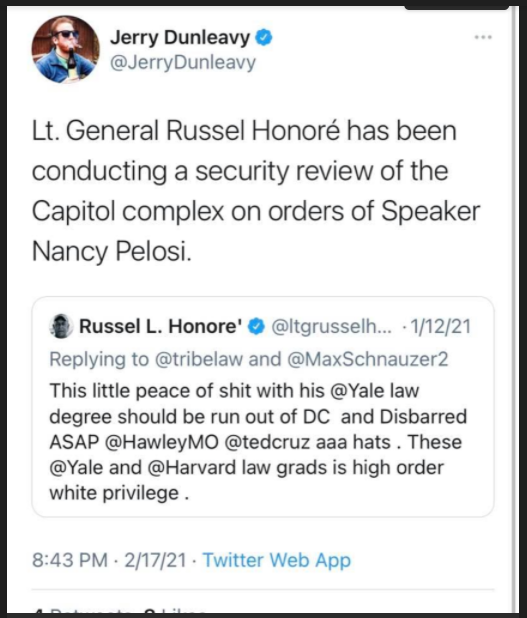 Sen. Ron Johnson said yesterday Honore’ is an extreme partisan who’s the last guy Pelosi should have put in charge of Capitol security.

Johnson doesn’t know the half of it.

But he’s right. By the time this guy is done, he’ll have become a massive liability for the Democrats. Just wait and watch.