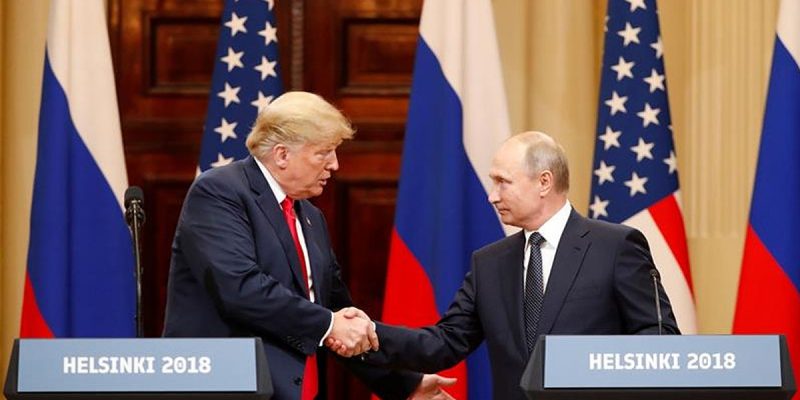 The recent large-scale agreement between China and Iran has raised some eyebrows in the world.  Some in the States look upon this with alarm.  Mr. Sal Perricone seems to speak for them:

Perhaps he is right that hatred of the States is the only thing binding these two nations together (or maybe it is a little more nuanced than that).  But however that may be, we will do ourselves a great disservice if we focus solely on the internal motivations of other countries while overlooking the actions of American leaders around the world.

What if other countries are justified in feeling threatened by the United States?  Pat Buchanan, hardly an anti-American Antifa agitator, writes,

Consider. Between 1989 and 1991, the Soviet Empire collapsed and disintegrated. The Berlin Wall came down. All the Red Army divisions went home from Europe. Communism ceased to be the ideology of the Soviet Union, which itself split apart into 15 separate nations.

Russia was no longer the largest captive nation of communism but a nation reaching out in friendship to the United States.

And what did we do in response?

We doubled the number of nations in NATO we are sworn to defend, moved the alliance deep into Eastern Europe and adopted a policy of containment of a shrunken Russia.

Having won the Cold War, and unable to find a new mission, we started a second Cold War to contain the new Russia — this time at the borders of Belarus, Ukraine and Georgia, as we had once contained the old USSR at the River Elbe.

Does this sort of behavior engender trust in Washington, D. C.?

What if they see the US government bullying conservative, Christian countries to accept the LGBT lifestyle they are repulsed by?

What if they see the American union itself descending into LGBT madness and want to insulate themselves from that contagion?

What if they see an American FBI that fabricates false statements to get the convictions it wants and have doubts about Washington’s trustworthiness as an international partner?

What if they see an American government that fabricates false evidence to justify military aggression in Iraq and Syria and have doubts about Washington as a world leader?

What if they are repulsed by the hypocritical weaponization of human rights by the US?

What if they see the US as incapable of building up allies through large infrastructure projects, but all too capable of destroying nations through bombs and famine-inducing sanctions?

What if General Robert E. Lee was right when he said in 1866,

The consolidation of the states into one vast empire, sure to be aggressive abroad and despotic at home, will be the certain precursor of ruin which has overwhelmed all that preceded it.

It is wise to keep an eye on those who really are threatening us, but it is altogether wiser to make sure that through our own sinfulness we do not become an even greater threat to ourselves than any outsider ever could be:

It often happens that God humbles the vainglorious, sending a sudden misfortune. If prayer does not destroy a proud thought, we bring to mind the departure of the soul from this life. And if this does not help, let us fear the shame which follows dishonor. “For whoever humbles himself shall be exalted, and whoever exalts himself shall be humbled” (Luke 14:11). When those who praise us, or rather seduce us, start to praise us, let us recall our many sins, then we shall find that we are not worthy of what they say or do to honor us.”