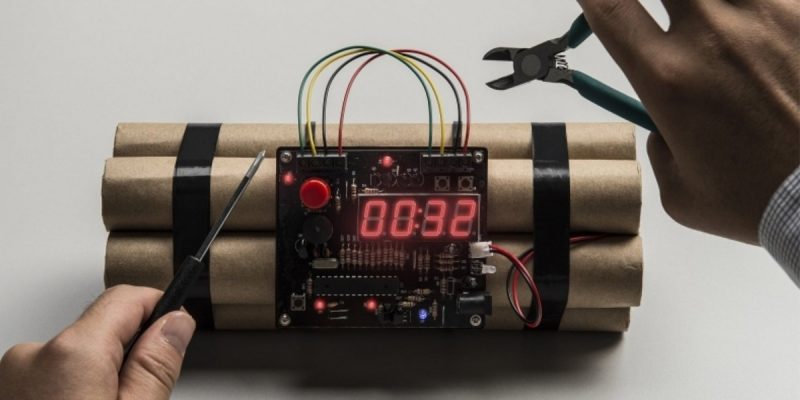 It might be the only thing our disaster of a president is good for, but the fundraising numbers we’re beginning to see on the Republican side show that the Biden administration and its nonstop pattern of overreach is certainly having an effect in filling campaign coffers in advance of the 2022 cycle.

Here’s a press release from Steve Scalise’s office, as he’s the Republican whip in the House and plays a huge role in raising money to recapture the majority in next year’s elections…

WASHINGTON, D.C. — House Republican Whip Steve Scalise (R-La.) hit the ground running in 2021, announcing a record-breaking $7.1 million raised in the first quarter. This impressive sum is millions more than his previous record of $4.3 million in a first quarter of a non-election year and shows the nationwide enthusiasm for a Republican majority in the House of Representatives. Additionally, Whip Scalise directed $4.4 million to take back the House by transferring $3.85 million to the National Republican Congressional Committee (NRCC) and giving $550,000 directly to Members.

Whip Scalise has also continued to lay the groundwork for the next two years by growing his digital presence, raising $3.7 million online with more than 122,592 donations from 65,191 donors in all 50 states.

“With just five seats needed to take back the House, I am laser-focused on creating a strong foundation for Republican Members and candidates that we can build on for the rest of the cycle,” said Whip Scalise. “Joe Biden, Chuck Schumer, and Nancy Pelosi have wasted no time showing just how far left they’re willing to go to placate the most extreme factions of their party, and we’ve already seen the disastrous results. The American people deserve better than being forced to live in their socialist nightmare. I will continue working hand-in-hand with my colleagues in the House to fight for hardworking families all across this country, and to ensure we take back the House in 2022.”

We’re seeing numbers like that in more than a few places. The NRCC as a whole brought in $33.7 million in the first quarter, which is a 26 percent jump from this time last year.

Even Marjorie Taylor Greene, the freshman MAGA outcast congresswoman from Georgia, hauled in $3.2 million – an insane number. Greene is one of the more vociferous opponents of the Biden administration with the scars to prove it despite being in office barely three months, and folks are throwing money at her.

Naturally, the party out of power almost always stages a comeback after losing a presidential election. It isn’t that the GOP is doing anything novel or outstanding. This is what happens when you have a new president in office and he starts breaking the furniture. The Democrats had a big year raising money in 2017.

Of course, what this leads to is more often than not a rough first midterm election for the president’s party. And with the Democrats holding a majority of only a handful of seats, plus redistricting coming later this year after a census in which Republican-leaning states are going to gain seats at the expense of Democrat-leaning states, it seems almost a foregone conclusion that the GOP will retake the House.

Which brings up an interesting dynamic, namely that as that becomes more and more likely in the next year and a half, how fervently will the people who handle Biden react to impending reality? Will we see overreach with executive orders? And how hard will they push to override the filibuster in the Senate while they still control the House?

This current majority on the Democrats’ part can’t continue. But retaking it is going to be a dangerous proposition as well. It’s almost like defusing a bomb.