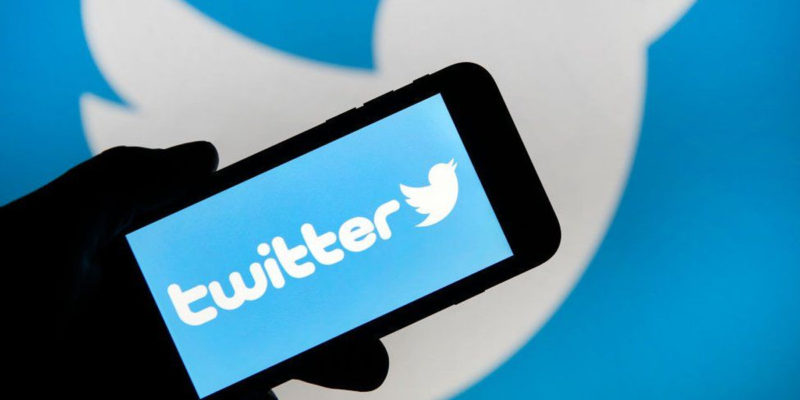 We don’t know who won the Democrat primary in New York’s mayoral race yet, and it might be next week before we do. New York adopted a stupid system called “ranked choice voting” in which you actually pick your top five candidates in order, and then the vote counting eliminates them from the bottom up. The idea this is better than one-man, one-vote is patently ridiculous, but so is New York now.

But one thing we do know is that Eric Adams got 31 percent of the first-place votes and he’s likely to be named the winner when the vote-counters have sorted through their mess. And Eric Adams, of all of the major candidates in the race, had the least amount of support or interest on Twitter.

Andrew Yang, who spent a whole lot of money and had been considered the “favorite” in the race early on, had 50 times the Twitter following that Adams did. Yang has already conceded the race after getting pummeled in the first-choice vote count.

The implication is clear, just like it was clear earlier this year in the 2nd District congressional race in Louisiana. If you’d gone by social media following you would have concluded Karen Carter Peterson would butcher Troy Carter in that race. She didn’t. Carter beat her comfortably.

This subject has been talked about for years now. The fact is that Twitter, for all the outsized attention it gets because it’s where the legacy corporate media stooges hang out and pretend to do their jobs, is a small corner of the internet.

And, as it turns out, not at all a representative corner of the internet.

Last October, Pew Research did a survey of the Twitter user base and came up with some incredible numbers – incredible in the sense that they show in technicolor what should be very obvious to anyone with common sense who isn’t consumed by social media culture.

Moving beyond the behaviors of the median or typical user, a small share of highly prolific tweeters produce the vast majority of tweets (a finding that is consistent with previous research from the Center). During the period in which this study was conducted, the 10% most active users on the site produced an estimated 92% of all tweets from U.S. adults. And of these highly active users that produce the bulk of content on the site, more than two-thirds (69%) are Democrats while 26% are Republicans.

And yet the legacy corporate media sees Twitter as a barometer for America.

Since today’s Democrat Party works hand in glove with the legacy corporate media, something which is visible not just in national politics but all the way down to the local level, it isn’t really a surprise to see them continuously driving off the policy cliff with things the vast majority of Americans believe are insane.

None of these are popular stances in real life, but they are on Twitter.

We see over and over again practically every time there’s an election that Twitter isn’t real life.

It’s even applicable to President Trump, you know. Ask your friends who voted against him and who had absolutely no business doing so, and what will they give as the reason? Mean tweets.

Nothing about Trump’s policies, most of which they’re on board with. They didn’t like his tweets.

There’s a narrative out there which says that Trump made himself a political force on Twitter. That’s a legacy media narrative which is garbage. Trump made himself a political force because he was the first Republican politician who shed the Conservative, Inc. racket and championed policies the middle class was looking for, and then he stuck with those stances. Trump’s success came in spite of Twitter, not because of it.

Sure, he said some things on Twitter that were interesting and provocative. Mostly, he wasted his time on that platform, and he was rewarded with getting banned from it.

Twitter isn’t real life, but that doesn’t mean it can’t have real effects. Twitter distorts things. Twitter creates cancel mobs and public cowardice, sapping away at institutions and creating havoc in the lives of the weak. Twitter makes people who suck at their jobs in marketing, for example, throw away things which make sense in favor of things which don’t.

For example, here’s a commercial Indeed.com is running.

Not surprisingly, Indeed turned off the comments and likes on the YouTube page with that ad. Why do you think they’d do that?

Pretty obvious why, don’t you think? Most people would put them on absolute blast for it.

But not Twitter. Do a search there for “indeed commercial” and that isn’t what you get at all. And Indeed is all over Twitter posting so much woke crap you’d think it was a job site for Democrats.

They’re marketing to Twitter. They’re not marketing to real life. And why? Because they’ve hired a bunch of millennial Democrats to run their marketing, and the millennials think Twitter is somehow the job market.

This has been going on for years. And Indeed’s stock price has been up-and-down, but mostly on a decline since 2018.

That’s what happens when you try to operate as though Twitter is real life. It isn’t. And the rude awakening for people who don’t realize it, as Andrew Yang is beginning to recognize, is already here.