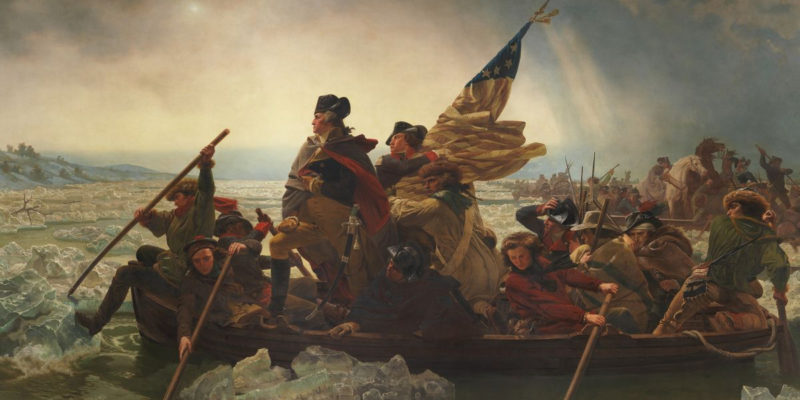 Sometimes it is the small things that set your mind to wonder.

Back then the South (and truly the whole country) was segregated. But through the unrelenting tenacity of black and white leaders our world changed. “Separate but Equal” was supplanted by “Integration.” Sure, there was resistance, and sure, nothing is perfect, but Americans are fair-minded and over time integration has worked very well. Despite what false narratives we hear, compared to sixty years ago and until recently there has been only de facto segregation. Ordinary people like you and I just want to live and let live, and the amalgamation of races fits that ideal perfectly.

For reasons that I believe have nothing to do with improving the lives of Americans of African descent we are seeing a rush away from integration, more precisely we are seeing a seemingly conscious effort to re-segregate of our society. Only now the drive to re-segregate is not originating in white America, it is actually coming from African Americans and their erstwhile-liberal friends in Democratic Party politics and in the media.

Whether by design or not our cities are becoming re-segregated and the ambition of city’s leadership, probably rooted in a desire to hold on to power, is expressly the creation of Afro-centric enclaves. BLM, the organization deified by the media, is avowed Marxist, so far as its manifesto aggressively promotes policies that seek to pull down American democracy. Elsewhere, subversive elites are promoting Critical Race Theory to American children, as universities allow separate graduations and living facilities for black students. Industry and the military have fallen prey to the avant-garde cottage industry of race hucksters who greedily seeking a big payday decry at every turn the evils and racism of white America.

Almost unbelievably the Secretary of State, without objection from the President, invited the United Nations to investigate what he calls American racial injustice. Can you imagine anything more offensive to, in particular, white Americans than our own President trying to justify his groundless talking points by giving the US haters of the United Nations a clean shot at our beloved democracy?

The list of attacks on racial harmony seems endless, but the common theme is a relentless effort to drive a wedge between races and to re-segregate America. Perhaps the belief is that re-segregation brings empowerment to a minority of the population, perhaps Leftist politicians see it as a way to ensure their own power, perhaps race “consultants” see it as way to tap into quick riches, or perhaps there is a more sinister belief that re-segregation will lead to a breakdown of society concluding with the imposition of a Marxist regime. Most concerning of all, somehow the majority of African Americans may simply be convinced that they are best served if they just go it alone. No matter the reasons, the outcomes are contrary to national unity and that is what is dangerous.

And now, in something which might appear as a small thing, America’s beloved National Football League has announced that they will play the black national anthem before all games. What’s next, the Mexican national anthem, the Japanese national anthem, and, by the way, what separate black nation is being lionized by the black anthem anyway? Should there be a White national anthem, perhaps America the Beautiful? Because of the dis-proportional number of black players, or more likely the fear that the owners’ gravy train would be upset by an adverse action by players, the NFL must feel compelled to kneel on the altar of woke politics. Who knows where these machinations end, but the division of our people along racial lines has to be the only outcome?

My hunch is that football fans will honor the American national anthem, even as they disparage the black national anthem. Though the fans will be a reacting to anti-American sentiment, the media predictably will proclaim fan disrespect as just another indicator of systemic racism. But such a fan reaction and media response is exactly what the Left wants too illicit, it will be as a bullfighter waving a red cloth before a bull!

Perhaps I am naïve, but I have lived through the periods of segregation, to integration, and now back to re-segregation. I can say with assurance that there is nothing good that will come from those who seek to divide our people along racial lines. No matter what “fairness” claims the media and the far Left make use of to justify their malevolence, the outcome of this path is inevitable and will backfire on the perpetrators. After a time, the American majority will find its collective voice as it invariably grows hostile to being denigrated and to being subjected to government imposed reverse discrimination and wealth transfer. And inexorably that voice, the voice of reaction, will result in a backlash against the far Left, leading to an ever more sharply divided nation.

Of course, there is another possible strategem at play that I may be overlooking. A strong majority reaction leading to great divisiveness may be EXACTLY what the Left is hoping for in their struggle to overthrow our nation and to install a socialist regime. But that would mean that instead of just taking advantage of happenstance, there must be a deeply embedded, heavily financed conspiracy to undermine America. To me that smacks too much of Hollywood. I tend to believe that the Left hopes that mayhem induced by them will cause Humpty Dumpty to fall, then they can put the pieces back together in a fashion that bestows on them overarching power. Opportunistic danger, but more likely than conspiratorial subversion.

For whatever its worth my hope is that before we go too far down the road, we wake up to the danger, reject the Left’s tactic of re-segregation, and return to the pursuit of integration and equality. History has demonstrated that when a majority reaches the conclusion that its rights have been abused by those taking advantage of its just nature then the powerful forces of reaction are unleashed. History also tells us that in reactionary times the minority always ends up burdened by an unfavorable outcome as the momentum of reaction carries them along un-navigable pathways. Be assured that time is fleeting, as when the majority becomes sufficiently aroused by the efforts of the Left it will react and react strongly.

We can still create a better future if we live up to the promises of our Declaration of Independence, not as the far Left claims the White Declaration, but the American Declaration. Those promises are easily summarized in the words of one clause: Life, Liberty, and the Pursuit of Happiness.

Let us walk back from the precipice of racial divide brought to us by a treacherous Left. Let us find a way to merge all of our people into a common set of goals, to the benefit of all. Let us walk away from government seizure of personal liberty and supplant it with a new focus on freedom and prosperity. Let us be the America that the Constitution has prepared the way for us to be.

Interested in more national news? We've got you covered! See More National News
Previous Article We’re Only Five Days Away From The Hayride’s Mandeville Tour Stop!
Next Article CROUERE: Hunter Biden Is Laughing All The Way To The Bank