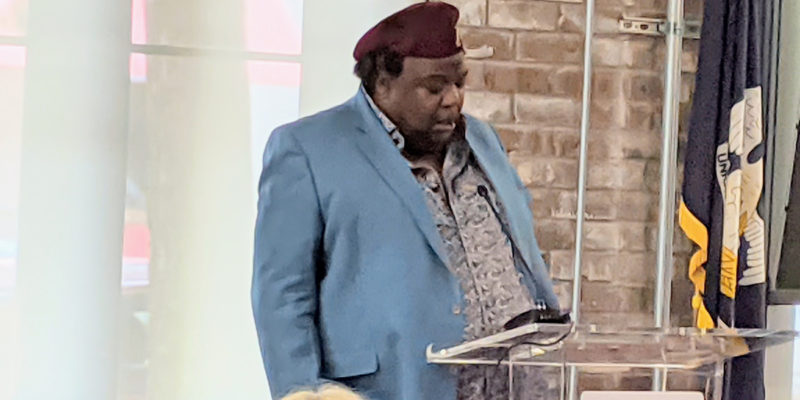 The most famous talk show call screener in America James Golden, better known to generations of Rush Limbaugh listeners as “Bo Snerdley”, has launched a political action committee called New Journey that is focused on projecting conservative messaging in urban areas where the Republican Party has all but abandoned meaningful engagement with voters who traditionally vote Democrat by high percentages.

Golden was in Baton Rouge recently to discuss the need for sustained conservative outreach in Democratic strongholds to overcome a half-century of demonization of the GOP by the Democratic urban apparatus and to make the Republican Party a viable alternative to the
unchallenged Democratic dominance in minority communities.

Bo Snerdley sat down with Mike Bayham to talk a little about his special relationship with Rush Limbaugh, how he got his moniker, his latest endeavors since El Rushbo’s passing, and the New Journey PAC.

MB: How many years did you work with Rush Limbaugh?
BO: Over thirty years.

MB: What was your favorite moment with Rush Limbaugh?
BO: It’s too hard for me to just pick one…there’s really no favorite moment. There’s just many, many good memories.

MB: How did the name Bo Snerdley come about?
BO: I was starting the show for the first day and he asked me what Snerdley I wanted to be and down on his desk there was a newspaper with (two-sport star athlete) Bo Jackson on the back page so I said “Bo” and that was that. (note: during Golden’s speech at the event he went into greater detail about the Snerdley name as previous screeners used the alias surname “Snerdley” to avoid being personally harassed for working with Rush.)

MB: How long did it take for you to start clicking with Rush?
BO: I clicked with Rush the first time we met. We were friends before I started working on the show.

MB: Since Rush’s passing what projects have you started to work on?
BO: I am doing a show on WABC in New York that is live-streamed on the weekends on WABCradio.com between 8-10AM on Saturdays. I am writing a book and the manuscript for that is due in August so that has kept me very busy. And I’m doing a podcast for iHeart and Premiere Networks entitled “Rush Limabugh: The Man Behind the Golden EIB Mic” that can be downloaded online.

MB: In the past year I’ve noticed that you’ve had a greater presence on social media.
BO: My Twitter feed is the same. I’ve always been a prolific tweeter so that hasn’t really changed.

MB: What do you believe is the biggest challenge facing American society today?
BO: Liberal indoctrination has taken root, not just with millennials but with even older Americans and that is what we are combatting all of the time. It’s in almost every single point of conflict. It’s a political and ideological battle.

MB: You’re in Baton Rouge to promote the New Journey PAC.
BO: I founded New Journey PAC but Autry Pruitt runs it day to day as the CEO. I founded it because I wanted to be engaged and get involved
on the ground-level with politics and not just from behind the microphone. So New Journey PAC was designed to help move the black vote but also change the political dynamic of the country.

MB: How are you seeking to move the black vote and in what way?
BO: Because most black people are conservative by nature. Most not all. And so if we voted the way our values aligned then there would be a lot more blacks voting with conservatives. But the Republican Party has done such a piss-poor job of reaching them that in many cases because the Republican Party has no presence in the cities that the Democratic Party has been successful in demonizing the Republicans. So we have to begin to change the narrative. If we never start then the narrative will never change.

MB: What differentiates this political action committee from other similar groups with a similar purpose?
BO: We are actually spending the money on the product. Now I am not saying other PACs don’t do that, though some don’t. We put out 56 ads in the last election cycle. We raised a little bit over three million dollars. Now you look at organizations that have raised ten times that and don’t have the amount of work that we have to show for it in the election cycle. So we are actually doing the work. And again, I’m not accusing anybody else of not doing the work but what I am telling you that by results we can point to what we do, we tell people to come to the website and look for themselves of what we do. We’re pretty transparent.

MB: What is New Journey PAC looking to do on this front?
BO: We are engaging. This isn’t a PAC that is going to shut down between election cycles. We are going to be open full-time 24/7. We are going to be doing what the party should be doing, which is trying to engage with voters all year round.

MB: So it’s not election based?
BO: Were relationship based, not election based. We are trying to develop a relationship with communities that think we are evil so we can change the narrative. The Republican Party is not trying to do that at all. And they never have done that in at least the last twenty years. I get a lot of mouth from Republicans, some of them are friends who are very high level in the party and they give me all the mouth. Some of them have even promised to help support this organization and in the end they always find reasons not to evennthough we’ve done more work than they ever have done to try to reach out. So excuse me if I’m a little annoyed by the question but given the history of what I’ve known to be the case with people pretending that they want to go after the black vote and they could really give a
damn about the black vote.

MB: Last question, what would you say is Rush Limbaugh’s greatest legacy?
BO: Second generational Founding Father. His legacy is really too big to sum up. To me he was the most incredible broadcaster of my generation. He was one of the most incredible political personalities of the last generation. And an extremely generous, wonderful human being.