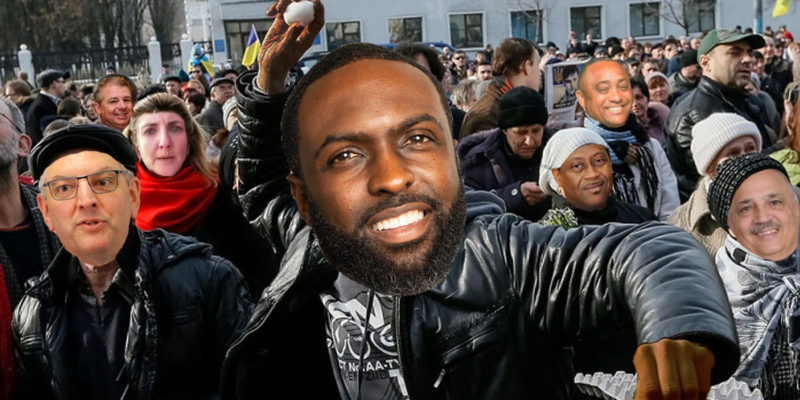 There is word that a couple of Democrat committee chairmen in the Louisiana House of Representatives are going to be put out of their jobs thanks to the pique of House Speaker Clay Schexnayder over last week’s events.

Apparently the Speaker is going to topple Rep. Vincent Pierre from his chairmanship of the House Transportation Committee, the motivation for that being Pierre’s refusal to back the Speaker and House Ways and Means chairman Stuart Bishop, who might be the second most powerful member of the House, against Gov. John Bel Edwards on the capital outlay bill.

And the word has it that Rep. Chad Brown, who currently chairs the Insurance Committee, is also gone. Brown was one of four legislators who lied and told the Speaker he would be a “yes” vote on the Fairness in Women’s Sports Act when the House fell two votes short of an override of the vote. Brown is now denying he told Schexnayder that, which will make it all the more likely he’ll lose that committee chairmanship.

Another of the four was independent Roy Daryl Adams, who is now babbling on about how he regrets the vote and how he learned a lesson about keeping his word. Adams doesn’t chair a committee – nobody in their right mind would put him in a position to lead anything – and as such doesn’t have anything to lose from having lied to Schexnayder.

At least not until 2023, when he faces the voters who can’t possibly be very impressed with him.

But surviving the coming purge, it’s said, is Legislative Black Caucus head Ted James, who chairs the Criminal Justice Committee. And James is cackling like a hyena over the fact he doesn’t currently appear to be in for negative consequences of the Speaker’s wrath.

So much so that the Advocate ran a story by Tyler Bridges over the weekend (which we will not link, since we were quoted but not linked in Bridges’ piece) in which James and fellow Black Caucus member Sam Jenkins were back to making demands of Schexnayder. This after James trash-talked the Speaker a week ago before the session began in a tweet that he later deleted…

James and Jenkins both told Bridges that Schexnayder had no choice but to work with the Democrats, because only the Democrats could protect the Speaker from being overthrown by the House conservatives.

And James went even further, telling LAPolitics.com’s Jeremy Alford this…

“I am confident that Clay remembers the group that stood with him to become Speaker Schexnayder and the other group that called him (and his allies) RINOs,” says Black Caucus Chair Ted James, who also serves as chair of the House Criminal Justice Committee. “We’ve been more of a family to Clay than the folks trying to call the shots.”

This is a scam they’ve run on Schexnayder ever since he was elected. In fact, we’re told James and Jenkins in particular have approached House conservatives no less than three times offering Black Caucus support behind a candidate of their choice in order to oust Schexnayder, only to then approach Schexnayder or his allies and claim it was the conservatives approaching the Black Caucus.

These shenanigans are one reason why the Louisiana Conservative Caucus was formed. It brings the conservatives into an official posture and makes things above board. When you see public statements of support for Schexnayder by the conservatives, that’s them telling him they aren’t trying to conspire with James and Jenkins to oust him. Alford cited an example of that…

When the Conservative Caucus learned above the comments above from James and other members of the Black Caucus, the outfit released the following statement: “Certain individuals have used lies and paranoia to keep mistrust alive; however, this veto session has shown our speaker who he can really rely on and who will backstab him. The Conservative Caucus has only offered our full support for our speaker. Neither our caucus, nor our chairman, has made demands of our speaker with the exception of, ‘call us if you need us.’”

But it seems that those closest to Schexnayder are invested in driving a wedge between him and his party and forcing him to continue breaking bread with the Ted Jameses of the world.

Which is why James can continue to cause trouble in Louisiana’s House of Representatives with no consequences. He’s more or less the Rotten-Egg Prince of the Louisiana Legislature.

And between that and Speaker Pro Tem Tanner Magee more or less declaring war on the Louisiana Republican Party, in reaction to LAGOP chairman Louis Gurvich’s demand that all five Democrat House committee chairmen be dumped out in favor of Conservative Caucus members, you can see lots of reasons why Schexnayder may be planning half-measures rather than the full embrace of his own party we suggested was his best option after last week’s debacle.

Because there is a faction in the House which is bound and determined to make either Magee or Commerce Committee chair Paula Davis the next Speaker. And the only way that can be done is the way Schexnayder got elected to the job; corral all the votes of the Democrats and 15 or 20 Republican “moderates,” make the House Republican Delegation irrelevant, consign conservatives to second-class citizen status and cut deals “inside the rail” in the House. The minute the commitment is made that the Speaker is chosen by a majority of the Republican Delegation, the way the Speaker is chosen in Congress, for example, and in most state legislatures, the Schexnayder Way will be closed forever. They certainly can’t allow Schexnayder to close it.

That’s the context of Magee’s quote in Bridges’ article: “We’re not going to pay attention to what Louis Gurvich says. The outside voices don’t factor into our decisions.”

In other words, bribes by, and deals with, lobbyists and the governor’s office are far more important to the Tanner Magees of the world than are the people of this state.

It’s worth noting that Tanner Magee, Paula Davis and some of these other “moderates” who pour this advice into Schexnayder’s ears aren’t really his friends. They laugh at him behind his back. All he is to them is a vehicle for power they couldn’t get if they had to vie for it among the full Republican delegation.

Tanner Magee would have no power at all in the legislatures of Louisiana’s more successful neighboring states, because that kind of open arrogance and contempt for constituents, particularly after having duped them into thinking he was a conservative, is not rewarded in a Florida or Tennessee or Texas. In those places a Republican House is led by Republicans who confer with other Republicans, not Democrats, before making the key decisions.

Texas’ House of Representatives is less red, by party affiliation, than is Louisiana’s. And the Democrats in that House had to abscond with a case of Miller Lite – and, as it turns out, six cases of corona(virus) – to Washington, DC on what turns out to have been one of the more ironic Typhoid Mary expeditions in history, all to avoid having several bills hewing to core conservative agenda items rammed down their throat.

Dade Phelan, Texas’ House Speaker, is rapidly becoming a hero. Clay Schexnayder continues to get pounded by the people of Louisiana for last week’s failure. Even we were scolded by many of our readers for even suggesting Schexnayder had a path of redemption open to him. They don’t think he has it in him.

Maybe he doesn’t. The problem is, what kind of legacy does that confer on Schexnayder? There’s talk he wants to run for Agriculture Commissioner. As things stand now, that is a complete fantasy. To make it even remotely plausible the Speaker is going to have to find a base of support among the voters, and he can’t do that if all the Republicans in Louisiana think he’s a rube or a fraud.

Dumping Pierre and Brown but not James tells us this is all about Schexnayder taking personal affronts and acting on those, rather than seeing the political egg-throwing for the gamesmanship that it really is. Until he’s able to get beyond the personal and take the wide view, he’s never going to be a successful Speaker and he’s always going to be terrified of that coup his allies tell him is just around the corner.

We’d like to think he’s capable of growing past that. But the evidence is shaky behind such a notion.