Ladies and gentlemen, we now present you with the number one crowning achievement of John Bel Edwards’ political career… 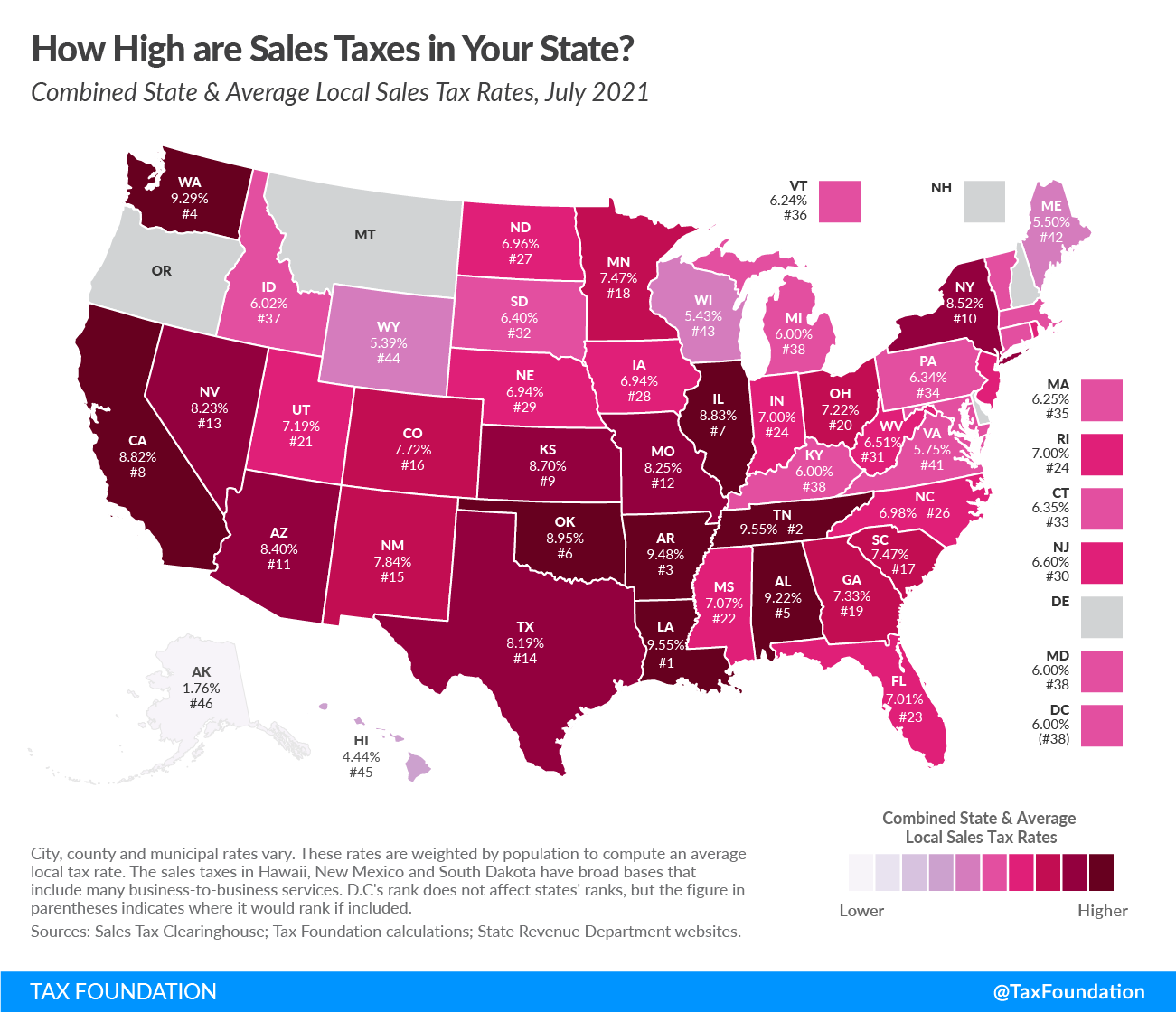 That’s right, Louisiana, at an average of 9.55 percent, now has the highest state and local sales tax burden in America. Tennessee, which had been higher, is now second with a fraction of a penny less.

But of course, Tennessee doesn’t have a state income tax. Tennessee generally taxes consumption and not production.

There have been a lot of conservatives in the past who’ve kicked around that idea in Louisiana. The ill-fated attempt by the Bobby Jindal administration to unload the state income tax and lay off the burden on sales taxes was a manifestation of that, but Jindal didn’t put a whole lot of effort into that and his approach was lacking in salesmanship.

So instead, with Edwards and the so-called Republican majority in the state legislature, we got the jack-up in sales tax rates with no corresponding relief in income tax rates. And now we’ve got the highest sales tax rate in the country to go with one of the worst-performing economies.

Texas and Florida, like Tennessee, don’t even have state income taxes. Texas has an 8.19 percent combined state and local sales tax rate. In Florida, it’s 7.01 percent.

Somehow, they manage to fund the governments there. They even have better roads, schools and law enforcement than we do.

It’s also curious that Texas, Tennessee and Florida are gaining population while Louisiana is losing people left and right.

Let’s go have a look at the current U-Haul rates, shall we?

Rent a 10-foot U-Haul truck in New Orleans for August 1 to drop it off in Houston, and that’ll run you $530. The reverse? $251. That might be the biggest spread we’ve ever seen in all our time periodically checking the rates.

We could give you a whole host of these. It’s usually double the cost to get out of Louisiana that it is to come in, if not more. Almost doesn’t matter where you’re going.

It’s the clearest signal imaginable that we are in the middle of an explosion of outmigration.

Which is what you get when you’re Number One. Great job, John Bel!

Interested in more news from Louisiana? We've got you covered! See More Louisiana News
Previous Article Maybe They Could Bring Ronnie Johns To The Veto Session On A Stretcher…
Next Article “Aw, Shucks” Conservatism, Edwin Edwards, And The Veto Session