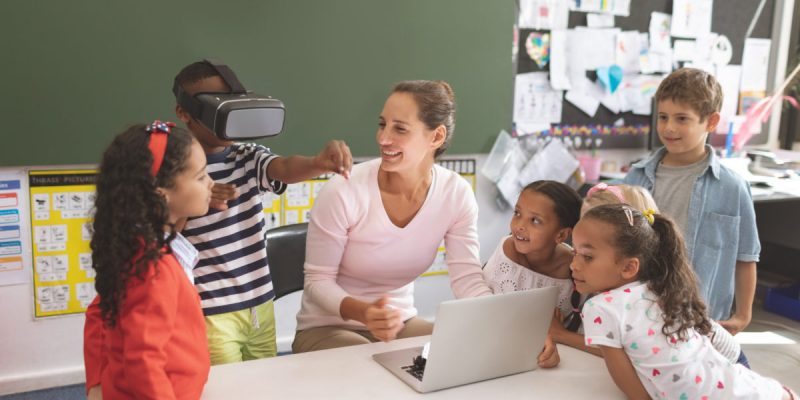 Louisiana Superintendent of Education Cade Brumley acted wisely to hit pause on its social studies standards review, considering the problematic direction in which it has headed.

By August, the committee conducting this – required periodically by law and behind schedule – had hoped to disseminate standards for public comment. Brumley delayed that until October, acknowledging escalating complaints about the working product.

The current decade-old standards have drawn criticism for a table of organization that produces some gaps and overlaps with cohesiveness problems, which the latest publicly-available draft addresses. Unfortunately, the process let wokeness worm its way in.

That’s as the review relied upon the Educating for American Democracy template as a starting point. Mainly formulated by leftist education researchers and practitioners, while it correctly focuses on teaching facts and encouraging critical thinking it also punts on the idea that the American political order represents a certain set of superior values defensible within the boundaries of classic liberalism. By doing so, it paves the way towards use of the curriculum as an agent to undermine and attack the very system that promulgates the curriculum that should reflect those values.

Nowhere does this become more obvious than in the “roadmap’s” endorsement of “action civics.” This is the idea that learning should “empower” students to use their knowledge to foment direct engagement with the political system, through activities such as protests, lobbying, organizing, etc. Thus, part of student evaluations and the eventual assigning of a grade would depend in part on this. (Which is precisely what new Louisiana State University System Pres. William Tate IV argues in his scholarship, in order to bring greater racial equity in grading.)

The report tries to stay agnostic about the end-product of the action civics it exhorts. But it isn’t difficult to see how this approach easily can become perverted by educators to indoctrinate and create advocates for their pet causes, liberalism or conservatism and anything in between and extreme. It particularly is vulnerable to the wokeness trying to break out from its beachhead in public schools.

It is, of course, the opposite of what schooling should represent. Pre-college students should be armed with facts, all the facts, and exposed to varying interpretations with their strengths and weaknesses that makes sense of the facts. Anything else using that knowledge would happen on their own time, after reflection on their learning. Perhaps some immediately would take political action; for others, that could be decades down the road if ever. But importantly it will come from their own volition, not forced by an outside agent.

In sum, this paradigm neglects civic education as traditionally conceived and doesn’t mesh with American civic principles such as freedom of conscience and neutrality in instruction. Regrettably, the draft standards are replete with examples of its influence.

The proposed standards categorize into four grade band with five “inquiry standards,” the last of which is “taking informed action.” Proficiency in this is expected for students as young as the second grade, so the manufacture of activists begins early.

The other kind of standards, “content standards,” address broad areas of information to be disseminated. Here as well significant deviations from mainstream understanding of civics instruction appear.

For example, in kindergarten history teachers are to “explain the importance of diversity in building a strong and equitable community.” But “diversity” as a guiding principle to bring about equality is alien to the ideas behind America’s founding. Vibrant communities with free and equal peoples came through a belief in securing natural rights and structuring a form of government, imperfectly as it has performed this task from time to time, to maximize that. “Diversity” had no place in that, and there is nothing inherent to its achievement that produces equality as traditionally defined.

“Equity” here is not accidentally substituted for “equality.” In recent years in academia and among the chattering classes, the latter in its classic Aristotlean sense that justice and fairness treats equals equally and unequals unequally has been shunted aside because it focuses on the opportunity relevant to the process of distributing outcomes.

Instead, the former has become their preferred evaluative standard for justice as it focuses on the actual outcomes, where any significant deviation among groups identified by certain characteristics is assumed to be a byproduct produced by discriminatory and illegitimate processes and institutions in government and society, necessarily exclusive of any other possible cause unrelated to these presumed imperfections for which only powerful, intrusive government can correct. Under this formulation, fair opportunity becomes irrelevant, if not an oppressive superstructure because its implementation locks in the alleged discriminatory treatment baked into society (to which government is seen as an appendage, as in Marxism) that creates “inequity.”

Thus, five year-olds have this peculiar view of the political order drilled into their heads not long after they can tie their own shoes. Supposedly this pays off by high school civics, where again inequity comes to the fore when students are to “analyze issues of inequity in the United States with regards to traditionally marginalized groups and their role in a changing society. Including but not limited to: diverse racial and ethnic groups, women, people with disabilities, immigrants, refugees, and LGBT people.” And, again, whether tykes or preparing to go off in the world on their own, students would be expected to take to the streets in some fashion.

The vast majority of content standards as appearing in the draft serve a useful purpose. But these also leave the door open to treating critical theory as foundational in instruction rather than as one of many competing theories explaining societal and government behavior presented, with this possibility magnified by the “taking informed action” inquiry standard. If this set is to become acceptable for teaching children, the review panel must excise entirely that inquiry standard, and a handful of content standards at odds with a genuine understanding of American history and the political order need alteration as well.

Interested in more news from Louisiana? We've got you covered! See More Louisiana News
Previous Article Here’s What Larry Sabato Says About Congressional Redistricting In Louisiana
Next Article Want To Hear Bill Cassidy’s Pitch On The Bi-Partisan Infrastructure Plan? Here It Is…