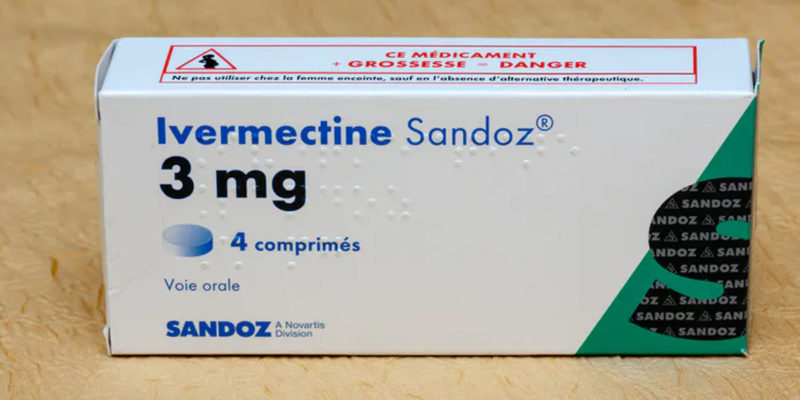 At The Blaze, David Horowitz has an interesting piece about what Louisiana’s Attorney General Jeff Landry is doing in an effort to keep ivermectin a viable option for people seeking early-symptom treatment of COVID-19…

“Never have pharmacists been allowed to practice medicine and get between a doctor and his patient,” stated Louisiana Attorney General Jeff Landry in an interview with TheBlaze. “Most certainly not in middle of a pandemic.”

State attorney general might not be the elected position that comes to mind when assessing the pandemic response, but Landry believes that his counterparts in other states have a vital role to play in ensuring that pharmacies, medical boards, and licensing boards are following the laws.

Earlier this month, Landry became the first attorney general to publicly warn pharmacists against blocking COVID-related prescriptions, particularly for ivermectin. His letter was in response to an August memo from the Louisiana Board of Pharmacy titled, “Do not Use Ivermectin to Treat or Prevent COVID-19.”

In the letter to the board, Landry notes that the FDA has given clear guidance that physicians can always prescribe off-label FDA-approved drugs “when they judge that it is medically appropriate for their patient.” In fact, the FDA has made it clear that there is a particularly strong rationale for prescribing off label if there is no “approved drug to treat your disease or medical condition.” In this case, we are in middle of the pandemic, and pharmacy and licensing boards are not offering patients any other options for treatment of inflammation and thrombosis, two of the main COVID ailments for which there are numerous therapeutics that have been proven effective.

Landry also cites the Louisiana Medical Practice Act, which clearly precludes pharmacists from actively diagnosing and practicing medicine, something many of them have done by asking doctors for a diagnosis before filling the prescription. “Upon reviewing this act, I find nothing that would allow the board to second guess the sound medical judgement of a physician when it comes to prescribing legal drugs to their patients, nor do I see anything that allows pharmacists generally to object to off-label use of FDA approved drugs,” warned the conservative stalwart.

When I brought up with the attorney general the fact that some states have some form of a conscience exception for pharmacists to deny contraception when it violates their beliefs, he found it amusing that suddenly now pharmacists would discover a conscience — against a WHO essential drug in middle of a pandemic. “I don’t know where their conscience was when they were giving out opioids like M&Ms,” retorted the indignant Landry. “Ivermectin is not even a scheduled drug. All of a sudden they found a conscience.”

The whole thing is definitely worth a read, as it brings up an interesting subject. Namely, that licensing boards across the healthcare industry in Louisiana and elsewhere are doing what seems like the opposite of expectations; namely, that they’re attempting to close down personal agency in how to treat the virus.

There are more than 60 studies indicating that ivermectin, which has been prescribed to millions and millions of people for a long time, which won its inventors a Nobel Prize for medicine in 2015, and which is one of the safest drugs on the market, has positive capabilities in treating COVID-19 symptoms and helping people beat the virus.

Which, we would point out, would foster natural immunity to it. That’s something everybody ought to be for, because the more people with natural immunity the closer we get to herd immunity and the faster COVID as a deadly pandemic rather than one more seasonal infection out there will just be a bad memory.

And yet you have these bureaucratic licensing boards out there trying to stop doctors from prescribing ivermectin.

Well, this is the party line from Big Hospital in Louisiana…

Last summer, there was a lot of talk about if hydroxychloroquine, could be used to lessen your COVID symptoms.

“Is this the hydroxychloroquine of 2021?” questioned WAFB’s Lester Duhe’.

“It is. It’s hung on,” said Dr. Catherine O’Neal of LSU Health. She is also the Chief Medical Officer at Our Lady of the Lake in Baton Rouge.

Dr. O’Neal says she uses Ivermectin to treat people at the hospital.

“I use ivermectin when people come in and I diagnose them with a worm. So, if you have worms if you have parasites in your body, which is fairly rare for the United States, although we see those in other countries,” said Dr. O’Neal.

Ivermectin is also FDA approved for use in animals to prevent heartworm disease.

Dr. O’Neal says, while Ivermectin does have some antiviral properties, the latest studies show it doesn’t work against the coronavirus.

“Through the Spring we got better data. That says it doesn’t. So, now we have to let it go. We’ve tried lots of things during this pandemic, some have worked, some have not. Ivermectin doesn’t work,” said Dr. O’Neal.

“It appeared to have some sort of effect on the virus in-vitro, meaning in the lab. Now when the research continued in humans with COVID-19, the medication was not beneficial at all,” said Dr. Aldo Russo, Regional Medical Director for Ochsner Baton Rouge.

Let’s remember that Louisiana’s hospitals rushed every COVID patient they could get onto ventilators at the beginning of the pandemic, when the federal government was paying some $39,000 per ventilated patient, and the death rate for those people was apocalyptic. Finally, they stopped doing that.

Now, they’re saying you’ve got to have the vaccine and ivermectin doesn’t work.

But we know the vaccine isn’t really a vaccine. It’s a treatment. It seems to reduce symptoms, though there do appear to be lots of “breakthrough” cases of COVID in vaccinated patients. What the vaccine doesn’t do, which a vaccine is supposed to do, is stop the spread of the virus.

Meaning it might be a better treatment than ivermectin. We’re prepared to believe that.

But why wouldn’t you allow people to choose both?

Particularly when there is evidence out there that Drs. O’Neal and Russo of Big Hospital might be wrong. From another piece Horowitz wrote at The Blaze…

Uttar Pradesh might sound obscure to most Americans, but it is the most populated state in India, with urban areas that rival the most densely populated cities in the U.S. Yet, miraculously, despite housing a population of 240 million people, this northern state has been averaging only 24 cases and 0-2 deaths per day in recent months. Despite its size — roughly 73% of the U.S. population — it ranked dead last in cases per capita last week among India’s 36 states. What gives?

The answer likely lies in the 10-letter “I-word” that you are not allowed to mention on social media: ivermectin. Evidently, the global medical junta doesn’t like the over 60 studies vouching for the efficacy of ivermectin against SARS-CoV-2, especially when used early, but there is something better than a study: pure reality of lived experience.

Last year, the northern state of Uttar Pradesh began dispensing ivermectin liberally and encouraging people to take it early on and even preventively. As Trial Site News reported earlier this year, “By the end of 2020, Uttar Pradesh — which distributed free ivermectin for home care — had the second-lowest fatality rate in India at 0.26 per 100,000 residents in December. Only the state of Bihar, with 128 million residents, was lower, and it, too, recommends ivermectin.”

As you can see, COVID has been dead in Uttar Pradesh with the exception of a very brief six-week spike in the early spring. Uttar Pradesh likely would have been the first world experiment of what a given area would have looked like had they been taking ivermectin from day one before a wave hit. Unfortunately, hundreds of thousands of seasonal migrants fled Mumbai and other big cities when the Delta wave hit and all settled back in their villages in Uttar Pradesh, giving them the same spike that every other state got because those people were not on ivermectin. As the AP reported in mid-April, during the surge in Uttar Pradesh, many of these seasonal workers who work half the year in the big cities returned home to their villages. They were likely not taking ivermectin.

But when the state began distributing the drug to everyone, cases plummeted quicker and sharper than anywhere else we’ve seen in the world, and the gains have held for months with record low cases. Dr. Surya Kant Tripathi, head of the Respiratory Medicine Department, King George Medical University, Lucknow, told the Financial Express Online in April that the state began giving ivermectin to everyone who was in home isolation (rather than telling them to do nothing until they can’t breathe, like we do here in the United States).

What Landry is saying is that if people want to try ivermectin and a doctor is willing to prescribe it to them, pharmacists ought to respect that choice. It comes from an evidentiary basis even if Big Hospital doesn’t favor it. And he’s not wrong when he points out that the pharmacists were perfectly willing to fill all those opioid prescriptions for all those years that particular deadly epidemic was blowing through this state and others; that means we’re really not that interested in hearing how the pharmacists have a perch on a high horse from which to lecture us about responsibility.

Science should be encouraging people to try all kinds of things with an evidentiary basis behind them as treatments for COVID-19. If some of them which aren’t harmful don’t work, then fine – try something else. But we’ve talked to far too many people who had COVID and went to the hospital, only to be given Tylenol. We haven’t heard an explanation for why HCQ or ivermectin are snake oil but Tylenol is good medicine for COVID, and frankly we’re not impressed.

Landry is correct on this. It’s time there were some question asked to the Powers That Be in healthcare in Louisiana. Hopefully the state legislature gets curious and begins to hold hearings on the subject. And people with COVID need to be given the freedom to try things which might alleviate their suffering.

Interested in more news from Louisiana? We've got you covered! See More Louisiana News
Previous Article APPEL: The World Is Changing, And Louisiana Needs To See It
Next Article MARSH MAN MASSON: THIS Pattern Delivered The SPECKLED TROUT!