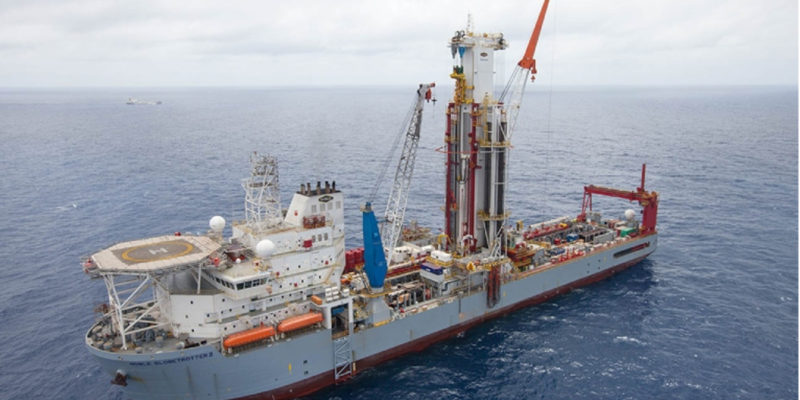 This comes off as a product of the chaos a hurricane which comes out of nowhere can produce, but it’s still the kind of thing that will make people hate corporate America. A drillship in the Gulf of Mexico, the Globetrotter II owned by the Noble Corporation and contracted to work for Shell, was carrying more than a hundred crew members when it rode out Hurricane Ida more than 100 miles offshore.

Things did not go well. On Tuesday night KLFY-TV in Lafayette had this report…

Being on a boat which is taking on water and listing badly with damage to its equipment, not to mention it’s a drillship which carries stuff like drilling mud and brine aboard which has apparently begun leaking and is now everywhere, is pretty miserable, one might imagine.

And yet the company only managed to get four injured crewmembers off the Globetrotter II.

There is something of a happy ending here, though, we guess…

Essentially, somebody screwed up and didn’t make a call to get that ship out of the way of the storm fast enough. And they damn near killed 142 offshore workers with that decision.

And what happened after the fact was that the heliport in Houma which would serve as the connection to evacuate the crew from the Globetrotter II was trashed by the storm and isn’t functional right now.

So neither Noble nor Shell have done much of anything to take care of their people and it fell to the Coast Guard to get them out.

Look, these are difficult circumstances and it mostly points out just how hard offshore oil drilling is. Monday morning quarterbacking on situations like these isn’t overly helpful; we get that.

But you’ve got to make sure your people come first. And it’s pretty clear that didn’t happen here. At a time when the oil and gas industry is under attack from utter loons who think a 21st century economy can be powered by fairy dust and unicorn farts and will do real damage to lives and livelihoods, you just can’t have incidents like this.

We’ll just thank the Good Lord that nobody got killed out there on the Globetrotter II. The idea of having to brave those 150 mph winds on the open ocean for the hours they had to experience them is monstrous.