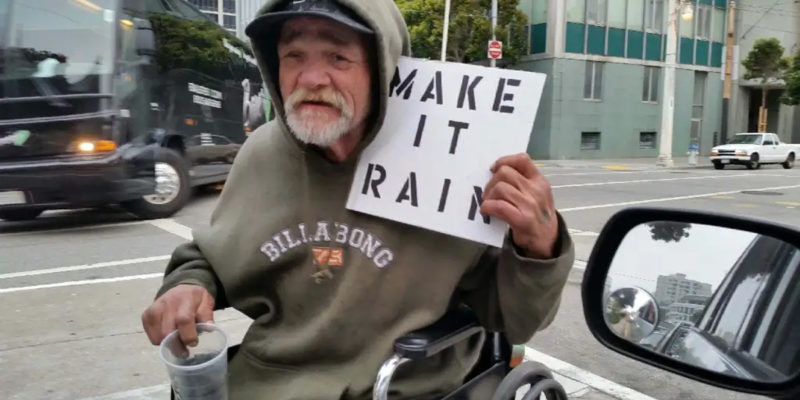 For now, Lafayette has secured a legal win in its effort to cut down on panhandling, but that might not last unless it shifts its strategy.

Last week, the Louisiana Supreme Court rejected an attempt to invalidate the city-parish consolidated government’s Ordinance 62-32(7). That makes illegal “Acting in such a manner as to annoy, disturb, interfere with, obstruct, or be offensive to others.” In the past few months, law enforcement has used that to arrest panhandlers.

Since a U.S. Supreme Court decision in 2015 in an unrelated case, local governments haven’t been able to ban panhandling, as soliciting for noncommercial purposes has become protected speech where government has a high burden of proof to restrict. As a result, they have sought means that are neutral in regards to content of the speech conveyed and with an objective important enough to override First Amendment concerns, while leaving adequate alternative channels for speech dissemination.

Lafayette has turned to this ordinance to allow that, but the problem is the language is vague to the point that a court might find it overbroad in limiting speech. Thus, area law enforcement has taken to making arrests but then prosecutors decline to charge, which has the effect of discouraging panhandling while avoiding a constitutional question.

Louisiana’s Supreme Court allowed this to continue by its decision. The parish’s sheriff argued that since the plaintiff, who has been arrested several times under the ordinance while panhandling, has no charges outstanding, the challenge is moot and the ordinance remains in force. A bare majority of the Court agreed, but its cursory explanation combined with a published dissent showed it considered the city-parish walking a fine constitutional line that, if after lower court reconsideration a constitutional question on the matter made its way to the Court, it might consider it and strike the ordinance.

Lafayette’s ordinance that has the effect of regulating panhandling and its implementation might be too clever, so it might do better to emulate Bossier City’s approach, although part of that potentially stands on somewhat shaky legal grounds. In 2017, the city passed two ordinances to address this. One sets off designated byways of high traffic, citing safety as an issue, while the other defines and prohibits “aggressive” panhandling.

With the former, the city looks to satisfy constitutional requirements by invoking safety as an interest that supersedes speech and does so successfully because it doesn’t ban panhandling everywhere, leaving other public spaces open for speech. In effect, combined with the state law that does the same relative to interstate highway ingress and egress, this denies panhandlers potentially their most lucrative sites and thereby discourages the practice.

The latter tries to clean up other public spaces to prevent passers-by from feeling coerced into a requested donation. Applying only to speech and action, it prohibits touching, persisting after refusal, blocking passage, and threatening words. As a result, only passive panhandling that draws little attention or annoyance may exist.

As opposed to the other, this might invite a legal challenge because other laws, such as those against assault, might be less restrictive on speech. Regardless, both ordinances have not drawn any litigation, unlike an attempt made around the same time in Slidell that focused on a permit system.

The very robust speech protections defined by the Court create a constitutional maze through which governments must navigate. Lafayette would do best to abandon its current approach with a fresh set of ordinances that do much to reduce panhandling yet don’t run afoul of mandated requirements.

Interested in more news from Louisiana? We've got you covered! See More Louisiana News
Previous Article MARSH MAN MASSON: 9 Species From 2 Spots In Under 1 Minute
Next Article Landry Is Returning The Guns & Banks Fight To The Bond Commission