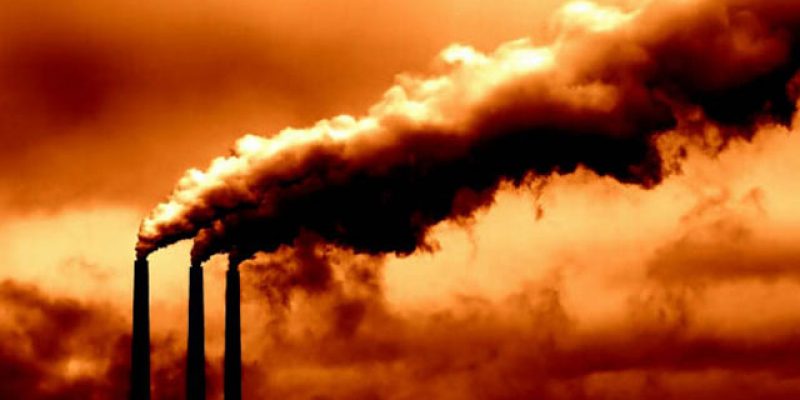 Louisiana finds itself part of the breakwater against the assault of the undemocratic managerial state, with signs of being successfully so in one instance.

Last week, the U.S. Supreme Court decided to set a trial for West Virginia et. al., Petitioners v. Environmental Protection Agency, et. al. Louisiana is one of seventeen other states or officials joining West Virginia as a petitioner. The case concerns the authority the EPA has asserted over regulating emissions, with the Court’s decision interestingly enough coming on the eve of the United Nations’ global confabulation of climate alarmists.

To make a long story short, in 2007 the Court ruled that the EPA did have the authority to regulate greenhouse gases as part of its legislative grant of power. Trying to do so, the Democrat Pres. Barack Obama Administration set up a heavy-handed regime to attempt that, but the Republican Donald Trump Administration scrapped that and put out its own more constrained version, only to have the District of Columbia Circuit Court of Appeals throw that out on the basis that it construed EPA powers under the Clean Air Act too narrowly. In essence, it said statute permitted other interpretations that could increase EPA power because Congress didn’t exactly specify a particular one, granting the EPA a “no limits” authority.

This convoluted reasoning West Virginia v. EPA seeks to redress. It asks that the Court confine federal agency administrative lawmaking discretion to explicit Congressional direction when policy reaches far. That the Court took up the matter means that at least four justices think it a matter worthy of its attention, almost certainly meaning disagreement with the previous decision on the case and others related to it. Practically speaking, at a minimum this means four of at least five justices necessary to rule in favor of the plaintiffs trying to attach more securely the EPA’s power to statute agree with them and the upcoming decision likely will overturn loosely-tethered EPA authority.

Of course, this has sent the political left, believing as it does in the power of the state to force social change based not upon democratic principles but on its own sense of necessity and ideological persuasion regardless of election results, into an uproar. Rather disingenuously, it typically framed the issue as transferring decision-making authority from experts to judges, achieving a difficult daily double of intellectual bankruptcy by ironically registering such an objection when they give that view a free pass on matters such as abortion regulation with which they agree, at present an exercise in totally judge-made law instead of this rightfully made by democratic institutions from the states.

In reality, adopting this standard vests the authority where it should be, in the democratic institution of Congress. If judges all followed a decision-making philosophy based upon judicial restraint – confining their decisions to the words and meanings thereof in the Constitution as intended by the Framers – rather than using judicial activism favored by the left – where judges apply their own values to make the Constitution say what they think it should – that wouldn’t be an issue.

But the alarm bells really have gone off in the academic left because the particulars of the case threaten unconstrained administrative state efforts to regulate environmental policy, and with outcomes it prefers. In this policy-making milieu, it sees as the inferior option an allegedly “inexpert” (never mind its thousands of staffers with policy expertise) but democratically-accountable Congress having control over this policy-making instead of unaccountable but presumably expert – reputedly untainted by political views part of the democratic process – bureaucrats. And especially so, given the alleged “climate emergency” facing the world, born of faith in the catastrophic anthropogenic global warming myth.

With the cancelling of the Trump Administration plan, climate warrior Democrat Pres. Joe Biden has had the EPA now under his control utilizing the no limits authority working on its own plan, which any Supreme Court ruling attenuating this power likely will disrupt substantially. Thus, you have a California academician bemoaning that “It’s going to be much harder for EPA to complete a new rulemaking in this unstable environment with the Supreme Court pending” – meaning the “climate emergency” looms larger.

Lest this attitude appear confined only to bicoastal elites, witness the hand-wringing of Loyola University of New Orleans law professor Karen Sokol, who openly betrayed their anti-democratic agenda. She called the granting of certiorari for this case “devastating” to the country’s goals even if the court imposes narrow limits on what EPA can regulate under the Clean Air Act rather than more exhaustive barriers. “That’s essential climate policy and we just don’t have time,” Sokol said of the statute.

Tinpot totalitarians like this need a lesson in constitutional law. Just because elections that produce policy with which you disagree doesn’t mean you can disregard the constitutional powers of the institutions involved in favor of bureaucrats with views like yours empowered to make policy beyond the bounds assigned to them by law. The Constitution, not your political agenda, takes precedence, no matter how inconvenient that may be to your political goals. This is a country ruled by the people, not by “experts,” a great many of whom on this issue in any event place politics ahead of science.

Hopefully with its decision on this case, the Court will reaffirm that the rule of law applies in this country. And for that, Louisianans should thank Republican Atty. Gen. Jeff Landry for supporting that side.

Interested in more news from Louisiana? We've got you covered! See More Louisiana News
Previous Article MARSH MAN MASSON: I Was NOT Expecting Him To Catch THIS!
Next Article Louisiana Has Its First Federal Vaxx Mandate Lawsuit