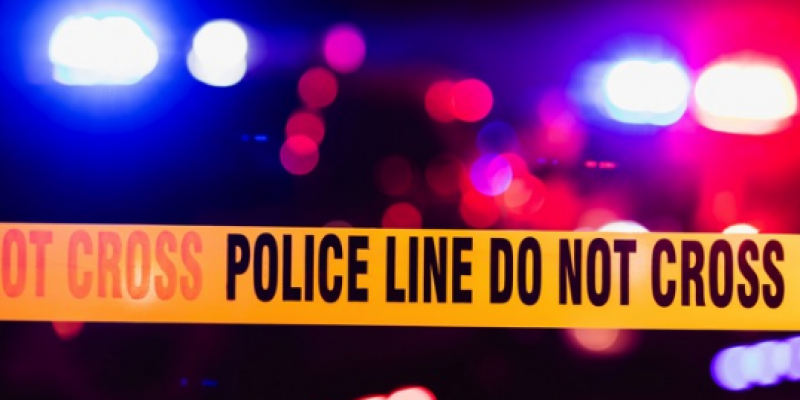 Like most of you, I grew up with some basic rules of life. So basic, in fact, that they’ve been passed down from generation to generation. These rules – which are based in truth – are shared among virtually everyone, regardless of your gender, your race, your culture. They aren’t meant just for you to be a better person, they are meant for you to have a better life. Call it what you want, “morals,” “standards,” “human decency,” but obedience to those rules improves your quality of life. Disobedience to those rules leads to pain, misery, and loneliness.

Some of those rules are innate, that we instinctively know what’s wrong or right. Others we learn from the adults in our life growing up. The more responsible adults we have in our childhood, the more chance we have at success in our life. There’s not one among us who adheres to these rules all the time, but the more you are able to do so, the happier you end up.

Among the lessons imparting the rules is one I learned from a story about a boy who cried wolf. It’s a short two-minute story. It’s a story you should have learned as a child, and if you didn’t, shame on your parents. Still, it’s such a common rule that, as an adult, you should have learned by now there are consequences to lying. For me, this is among the most important rules. That I take responsibility for my actions and I don’t bear false witness against others. Trying to destroy a person’s life based on your self-serving needs is among the cruelest things one can do to an innocent person.

I don’t often accuse people of racism, it’s a rare treat. It actually makes me feel dirty to call people racist, even when it’s there. As dirty as it is, it should be called out when it exists. Unfortunately, there are some people who want to make it out that all white people are racist, but then they excuse actual white privilege and racism.

Fighting racism is too serious an issue to falsely accuse people of being racist. We have those who claim they merely “want to have a conversation on race”, but in truth, what they really want to do is badger you and call you a racist. It’s a dishonest conversation, one that is a cruel one, capturing well intentioned people and making them regret it. They aren’t interested in actually having a conversation on race, they are merely looking to bully people.

It’s unfortunate that we have people who do that because having an honest conversation about race, culture, and humanity can improve our lives. Opening your life up to different cultures is a part of what makes life worth living. Taking part in other people’s culture makes life more enjoyable. Imagine, going to a Mexican restaurant, the sombrero on the wall, mariachi music playing, and you’re dipping your chips in salsa. For some of you, I almost described a perfect night, but I forgot the frozen triple margarita.

Now imagine you are accompanied by somebody looking to tell you how racist it is, that you should be enjoying good Aryan food, or whatever your race is if not Latino. Lecturing you that you are appropriating a culture for enjoying this food. Pointing out that tortillas are “racist because they are white,” that the red salsa reminds them of the blood spilled by indigenous people, and that burritos with a white tortilla and browned meat filling is symbolic of how white people hold people of color wrapped up.  Suddenly you find yourself plugging your ears with two bottles of Corona and just trying to get through the night with out the police putting some jewelry on your wrists.

That manipulation has gotten way out of hand, and since they insist on having that conversation, I’ll be their Huckleberry.

If white privilege needed an example, wouldn’t Hunter Biden be the poster child of white privilege? Who gets off scot free of doing crack while your dad passes laws that put people of color in prison for doing crack? More over, this first time painter suddenly finds his paintings as valuable as iconic artists.

And if Hunter Biden is the poster boy of White Privilege, shouldn’t Antifa change their name to Antarctica? That organization is so white, they have to cover themselves from head to toe to keep from snowblinding each other in the sunlight, and even then they prefer to go out at night. Regardless of your race, if you went out and did the things like Antifa does, you’d be arrested. But do it under the Antifa, and even minority politicians, prosecutors, and political commentators will bow down to your white privilege. Some will even raise bail money for you should an officer not recognize your white privilege and arrest you anyway.

We have others who are race profiteers. They are like the Jim Jones of racism. Drink their kool-aid and send them money, but they aren’t fighting racism, they are promoting it. They are using race and racism to manipulate you. Think about how many times there are stories in the national media of non-black people being brutalized by the police. It’s about police brutality, no?

So if a police officer walks into somebody’s home and shoots him in the back after midnight in front of his mother and pregnant fiance, this would be a major news story no? And what if just nine miles east, another person was body slammed and paralyzed by the police? Double whammy for the community, no? Surely the major media would be all over this.

So you’re thinking, well if they were minorities… except they were. In the case of Jack Jacquez, the on duty officer followed him home and shot him in the back. Pretty open and shut racism right? White officer, minority victim? Officer sentenced to 16 years in prison. Yet there was no around the clock coverage of this. The national media was as quiet as Christmas Eve. Nine miles east, Donovan Duran was body slammed by police and the incident was caught on body cam, yet no national media attention on this.

New Orleans has it’s own story of a Latino beaten by cops, though when you look at it, is it really a story? Two off duty officers fighting a Latino and beating him to a pulp. One thing in the Latino community that’s a great compliment is for some one to tell you that you “got heart.” Having heart encompasses a few things, and one of those things is to stand tall and fight, even when you know you’re going to get beat. There is feasibility in the officer’s side of the story. But still, the national media missed this? Who knows if we will get to the real facts of the case, but the national media didn’t miss this story because of the facts, it wasn’t the product they wanted to sell.