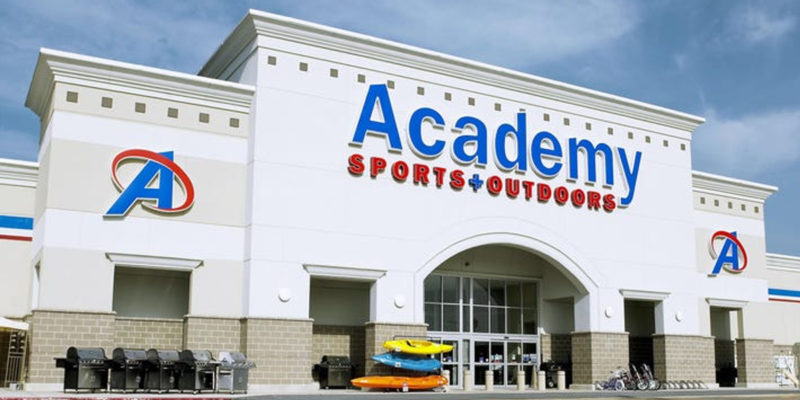 On January 10th a shoplifting attempt at a Lafayette Academy Sports location was thwarted by an employee who received a punch in the face and to literally add insult to injury, a pink slip from corporate for stopping the theft.

The now-former manager is a disabled veteran.

Academy has a strict no-interference rule regarding store theft, ostensibly to protect their employees from getting hurt but just as likely to avoid litigation from those stealing from claiming physical harm and a litany of other “injury” claims.

Naturally those who engage in theft are well aware of these rules and take full advantage of their de facto license to steal.

However some people, sans most,  are incapable of meekly standing by as a crime is committed even if it does not directly affect their person or interests. Call it a lingering trace of western civilization.

But thanks to this current society’s litigious nature and the pernicious spread of the victim mentality, even if the alleged victim is actually the person responsible for creating the scenario, big businesses tend to adopt a decidedly pusillanimous defensive posture regarding store theft, calculating that the legal expense and potential negative publicity exceeds the loss of merchandise.

To simply defend Academy’s position and justify the termination of the manager of the Ambassador Caffery location as merely following corporate policy is to remove any sense of logic and reason from the equation when such policies are arbitrarily established and can be enforced as their headquarters sees fit.

And this isn’t the national sporting goods store’s first instance of punishing a staff member who interrupted a theft.

Academy employee Dean Crouch tackled and apprehended someone stealing a handgun and ammunition at a Tallahassee location. The perpetrator, Jason White, had stolen a gun from a pawn shop that same day and the police report from his arrest said he intended to make the news by shooting someone.

Academy suspended and then fired Crouch, though it’s likely he saved lives by his action.

Big businesses are regularly pressured to kowtow to the progressive agenda and embrace and promote leftist messaging and symbols.

Practically every company has their logo splashed in rainbow colors starting on June 1st to adhere to their gay pride month social media obligations.

And how many corporations back up their progressive virtue-signaling with donations to organizations that are essentially fronts for left wing political groups brazenly aligned with the Democratic Party?

I’ll argue that Academy’s “don’t stop the steal” edict in their employee handbook is socially irresponsible as it encourages bad behavior and endangers their customers since as we’ve seen shoplifters can be aggressive.

It’s not that I care about their shoplifting loss section of their ledger but it encourages criminal activity in general.

And that’s bad for everyone.

Most thieves don’t harbor a “Robin Hoodlum” honor code where they differentiate their victims between corporate targets and private citizens.

As for Academy, I wouldn’t be sad if a swarm of aspiring merch locusts descended upon their aisles thus putting their company theft policy to a greater test.

Maybe they can even have a Shoplifter of the Month. Photo Board honoring those individuals who truly value both their goods and their business culture or make their employees shout “have a blessed day” to those absconding their store with purloined goods.

Sane people should spend their money elsewhere until Academy’s corporate office in Katy, Texas is compelled to walk back their latest unjustifiable employee termination.

Interested in more news from Louisiana? We've got you covered! See More Louisiana News
Previous Article BERNARD: Is John Bel Edwards A Law Unto Himself?
Next Article SADOW: The 2023 Louisiana Governor’s Race Is Almost Here