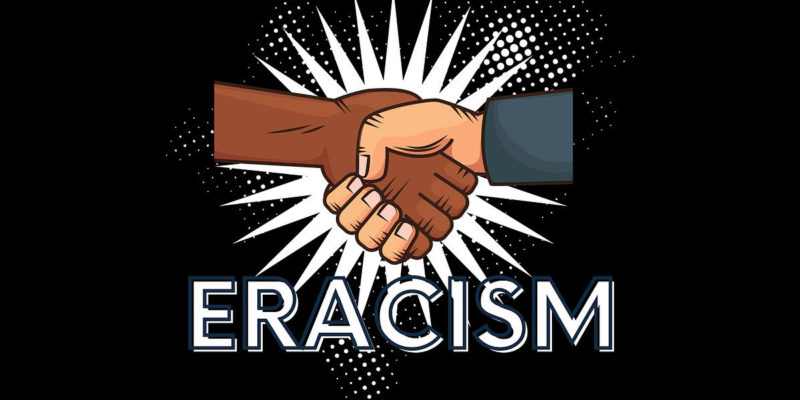 I’m sure you’ve seen the bumper sticker that states “Eracism.” Every time I see that sticker, I think, “what kind of people are you associating with if you feel the need to lecture the rest of us about racism?” People will tell you a lot about who they are by how they judge the world. For me, it’s pretty cut and dry, I treat people fairly and don’t care about their color of skin because I’m an adult and like most adults in America and the rest of the world, understand that skin color isn’t nearly as important as content of character. Only a racist would make color of skin a big issue and I don’t associate with people like that.  It’s great that one would be proud of their heritage, but it does not make them better than somebody else.

You can tell a lot about a person’s character by how they judge the rest of the world. A thief will tell you everybody else is a thief, a liar will tell you everybody else is a liar, and a racist will tell you everybody else is a racist. You see your own character in the world. You associate with people who reflect your character. People project their own shortcomings off onto other people for two reasons. The first is to distract you from seeing their short comings.  The second reason is to justify their own shortcomings. It’s like watching the Jerry Springer Show – look at these people, aren’t you glad you aren’t like them? One could justify a lifestyle by saying “Wow, that dude cheated on his wife with her cousin’s uncle and her grandmother,”. Doing so eases the burden of one’s own short comings and makes it easier to ignore.

That’s not to say all accusations are made by people covering up their own misdeeds. A preacher takes to the pulpit not to accuse, but to help people live a better life. I’ve talked about racial issues, but I don’t believe my color of skin makes me better than anybody, it’s just a part of what makes me unique. Try telling that to an extremist left winger who views everything through the Hierarchy of Rara Avis, where the value you inherent depends on where you fall in the hierarchy.  Which I will get to in another article.

If you look at the Squad with all their tax the rich pomposity, they won’t even acknowledge their own standing of wealth. It’s not enough that AOC and her clan of spoiled rich kids make $174,000 a year, but she wants to pawn off her $17,000 debt off on to people who didn’t go to college and don’t make anywhere close to what she’s making. Why do we have to sacrifice our hamburger helper meals? Surely she can forgo her steamed lobster for a year. Maybe she could summer in NYC instead of flying down to Florida on New Year’s Eve so she doesn’t have to wear the stupid mask. Or maybe skip the $35,000 a ticket Met Gala. Does any of those sacrifices occur to her? No, she takes to the house floor to talk about her own personal student debt. But she claims it’s the other rich people who are greedy and that she cares about the poor. I wonder if Bill Gates needs me to make a contribution to his student debt as well? I suppose we could switch to powder milk to help him out, he clearly needs the help with it. The Aloysius squad is out of touch with real America and they have no clue they are even minimally so.

Everybody has a tad bit of hypocrisy in them, but some people at least work on practicing what they preach while others speak loudly of the sins of others while doing nothing of their own. In the 90s, environmentalist Al Gore warned of the impending doom and gloom of the environment and had people turning off lights in their homes and had them flushing their toilets once a week all while his home stayed lit up all night long. John Kerry spans the globe in a private jet while he insists that the rest of us make sacrifices to save the planet.  Cori Bush values her own life so much so that she has her own personal private police protection, yet she would deny police protection to the people she represents. Black lives matter unless they are being killed by criminals I suppose, we’ll have to ask Cori Bush why she don’t care about Black lives when the murder rate is skyrocketing.

There are some that will excuse this because they are leaders and they need it, blah. blah. blah. They ignore that leading by example is a major part of leadership. All throughout history, people have higher expectations of leaders and want to follow people who practice higher morals standards than they have.  When people with titles fail to recognize that leadership is more than just their titles, things fall apart. Leaders are expected to take responsibility even when they’ve done nothing wrong, yet some with titles are quick to point their fingers and even faster to take credit when they were actually late to the party and put in minimal effort.

There’s no shortage of people with titles who expect other people to make sacrifices while they enjoy the fruits of those sacrifices. They throw other people under the bus for their own benefit. True leaders hold themselves to a higher standard than they hold others. They do the things others won’t do to lead by example. If you want to be a leader, lead first by your actions before you lead with your mouth.