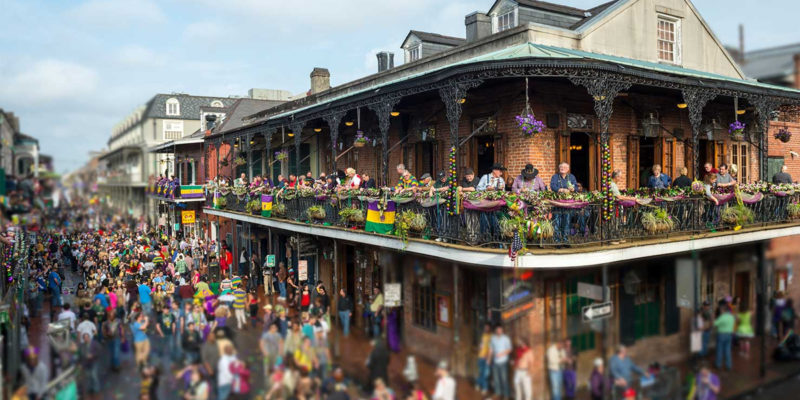 The fact this was a headline is itself something to note, as a city of New Orleans not in a profound state of dysfunction would hardly need an announcement that Mardi Gras will in fact happen.

But announcing the presence of cultural staples well more than a century old apparently represents an achievement of sorts in LaToya Cantrell’s world.

“Without a doubt, we will have Mardi Gras 2022, it will happen,” said Mayor Cantrell, “And we know that Mardi Gras and the Carnival Season is good for our soul, we know that…there is no stopping us and the best is yet to come.”

It is official! Mardi Gras 2022 is here and Mayor LaToya Cantrell and Krewe presidents for Zulu and Rex marked the start of Carnival by celebrating King’s Day.

King’s Day is today, which marks three seasonal holidays, Twelfth Night, The Epiphany, and the start of Carnival season. King’s Day also marks the first day King Cake is available for revelers to enjoy in the days leading up to Fat Tuesday.

Krewe of Rex President Co-Chairman of the mayor’s Mardi Gras Advisory Board, James J. Reiss, III, joined the mayor and announced the krewe will be celebrating 150 years of parading in New Orleans.

“Starting today, banners will line the Rex parade route indicating that this is our 150th celebration,” said Reiss. “Our parade may not be bigger… but it will be the best you have ever seen on the streets of New Orleans. We truly consider our parade rolling works of art that are a gift to not only you, the citizens of New Orleans but also all the millions of tourists that we hope come during the Mardi Gras season, especially on Mardi Gras Day.”

Rex’s route was cut short by Cantrell, who has all but destroyed the New Orleans Police Department to the extent that it can no longer provide adequate security for full-length Mardi Gras parades. The inability to provide enough police officers to staff the parades through town is very likely to result in loss of life during this year’s Carnival season, something which nobody will want to talk about but almost assuredly will generate notice.

And that will dry up the tourist economy. People generally don’t go where they’re likely to get killed.

We’d love to be wrong about the future of Mardi Gras, but it isn’t hard to see. The politicians who run that city are with the criminals and not the law-abiding, and the criminals now run the place. You need a certain degree of law and order if you’re going to have a massive party like Mardi Gras, and New Orleans doesn’t have it anymore.

The future of Carnival is in Jefferson Parish. The politicians who run that place need to make plans to take Mardi Gras over. They should have done so already.

Interested in more news from Louisiana? We've got you covered! See More Louisiana News
Previous Article Is The 2023 LAGOV Race Suffering From A Failure To Launch?
Next Article SADOW: Bill Cassidy Began Falling Into Irrelevance One Year Ago