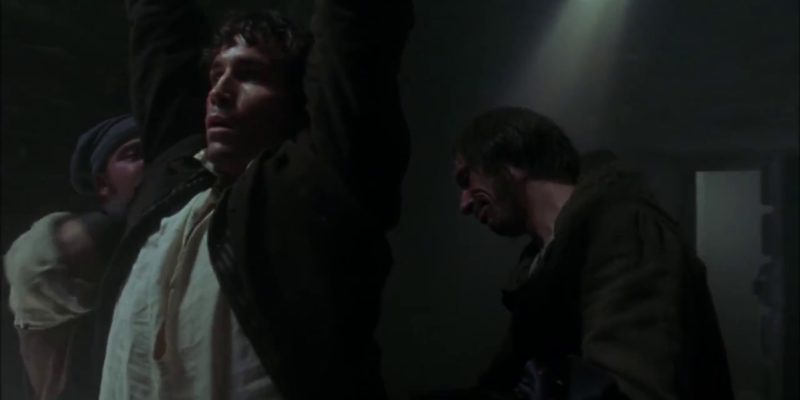 Then along came Sen. Ted Cruz, questioning the chief of the Capitol Police, Tom Manger, during a Senate Rules Committee oversight hearing on Wednesday.

There’s an old saw which has it that “everything before the ‘but’ is bulls–t.” That probably applies to Cruz’s questioning of Manger, which makes for some small excuse to the senator who has more than paid his dues as a populist conservative on Capitol Hill.

But not a large excuse. Because even though it was “before the but,” Cruz swung and missed at the times in his opening statement to Manger…

Cruz then went on to decry anyone who assaults a cop and suggests such people deserve long jail sentences.

And he then queried Manger for several minutes about the Capitol Police’s lack of preparation for Jan. 6.

But Ted Cruz has to be a whole lot smarter than this.

Because what happened at the Capitol on Jan. 6 was not a “violent terrorist attack.” It was a protest which got out of hand, for whatever reason (whether pushed that way by agents provocateurs under the employ of the feds or others, for example), and turned into a small riot.

For Ted Cruz to call it such feeds into the narrative Melissa correctly identified on Monday, to no viable purpose. It’s a stupid mistake on Cruz’s part, and he has rightly been pilloried for it.

“The minute you call it a ‘violent terrorist attack on the capitol,’ you lose most of your standing when complaining about the DOJ, Dems and Media because they have diff views than you how to handle a ‘violent terrorist attack on the capitol,’” said Twitter commentator Yossi Gestetner. “Cruz accepts the narrative that lawmakers were about to be lynched despite the fact that many hundreds calmly walked in the Capitol taking selfies and not moving rope lines. It was mostly calm where PD was not at hand. Bloodthirsty terrorists leaving things mostly neat? Haha.

“It’s very possible that Ted Cruz used this language to help bury Trump for 2024 since @tedcruz sees himself as next in line for the nomination.”

Is the accusation that all of this is about trying to kneecap Trump in advance of 2024 legitimate?

If so, it’s misplaced and counterproductive. And having been through this once already, Cruz should know better.

You are not going to displace Donald Trump as the leader of the new populist conservative Right. If Trump is to be replaced that will only happen organically. Attempts to actively replace him — especially using Jan. 6 as a tool to do so — will only get you branded, rightly or not, as an establishment RINO. Cruz is probably still shellshocked six years on at the fact despite having built a nearly pristine record as a conservative iconoclast within the GOP he’s still being tarred as a tool of Goldman Sachs and a functionary of the establishment by some in the MAGA crowd.

Cruz absolutely cannot fix that perception by calling the Jan. 6 protesters “terrorists.” It’s bad form when so many of those protesters are languishing in Washington’s version of the Chateau d’If prison from The Count of Monte Cristo — and not on charges of assaulting cops but for trespassing — a year on with neither bail nor trial on their horizons.

In nearly every single case of Jan. 6 imprisonment it would be more than reasonable if the lot of them were discharged for time served for whatever offenses they might be adjudged guilty. Were this ruling regime confident in its legitimacy, there would be attempts at clemency for the more sympathetic of the Jan. 6 prisoners. Instead, the stench of the response, and that of Cruz’s comments, only offends the nostrils more and more.

The public was lied to about the death of Capitol Police Officer Brian Sicknick by the very people whose talking points about “terrorism” Ted Cruz is parroting. Evidence is beginning to mount that several other protesters who died that day were affected, perhaps fatally, by aggressive tactics used by law enforcement after the protest became unruly — and in fact, the protest turned violent only after those aggressive tactics were employed.

Which would indicate where the real terrorism came from.

So yesterday, as the storm raged around him, Cruz asked to go on the Tucker Carlson show. Here’s how that went…

What we’d say is this is a case where a politician is now paying the price for using demagogic language. Because if you’re going to be consistent in overusing the word “terrorist,” you’re ultimately going to get yourself into trouble.

“Thug” would be a better word. “Outlaw” works as well. “Barbarian” will do. “Terrorist” has a specific connotation, and frankly it’s sloppy and stupid to elevate most of the knuckleheads who want to fight with cops on the streets or during a riot into status as “terrorists.”

And Carlson is correct to reject Cruz’ characterization.

What Cruz ought to do is apologize for his phrasing and pledge to keep “terrorist” in his pocket for use only when appropriate.

And then he should get involved in demanding that the denizens of Nancy Pelosi’s Chateau d’If be set free. It’s a direct stain on the federal government’s escutcheon for those people to still be in prison more than a year after Jan. 6, and it’s time for the Republican Party to take some leadership in getting them out of there. At this point it no longer serves as a defense of last year’s Capitol riot to take up their plight; it’s simply human decency and perspective. A year in a dungeon for trespassing equates to serving as a political prisoner, and we shouldn’t have that in a free country.

If Cruz wants to get back in the good graces of the movement he’s served his entire political life, then this is the mission he ought to take on.

Interested in more national news? We've got you covered! See More National News
Previous Article SADOW: Bill Cassidy Began Falling Into Irrelevance One Year Ago
Next Article BLANCO: In Our Time Of Unreason