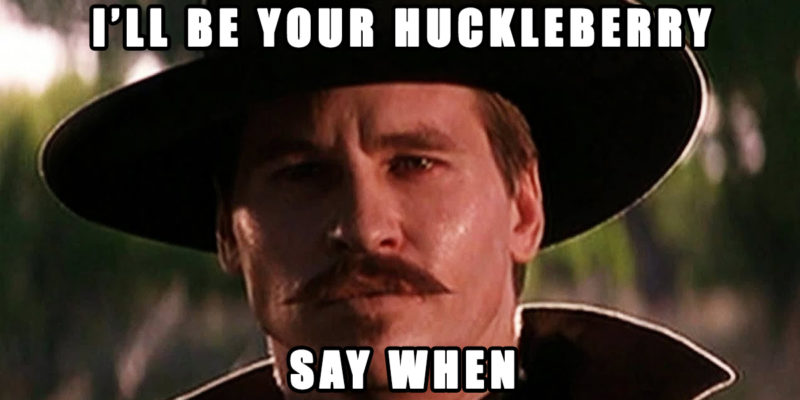 So long as I get to decide what happens next, Carville has an open invitation to contact me and set up an appointment. I’ll let him take the first swing.

I haven’t been in a fistfight since college. Maybe it’s been too long. It appears Carville, who’s been a bleeding pustule on the rear end of American politics since the previous millennium, wants to fill his dance card. If so, I’ll be his huckleberry.

What are we talking about? This.

Carville and journalist Al Hunt were asked by a listener why they believed President Joe Biden would not pass a bill blocking unvaccinated Americans from interstate travel during Thursday’s episode of “Politics War Room with James Carville & Al Hunt.”

Hunt responded by saying that he would support such a bill but that it likely would not stand once taken to the high court.

“I wouldn’t be against that at all. I’d be for it actually, as long as you put ‘or testing.’ Before you get on a plane or bus or interstate train, you want to be vaccinated or tested,” Hunt said. “I don’t think the Supreme Court would allow him to do that.”

Carville replied, “I don’t either.”

Hunt then explained that he does not think Biden “should expend much capital trying to get something done that’s going to get knocked down.”

Carville then suggested that a law be passed to give people immunity from punching someone who has not been vaccinated against COVID and does not have a medical reason not to be.

“I wish what they’d do is pass a law to make you immune from liability if you punch some unvaccinated person right in the face, which I’d really like to do,” Carville said. “If you ask me what’s my first reaction to you if you’re not vaccinated, you don’t have any medical reason not to be, you’re a piece of s–t, OK? I just want to punch you in the god—-ed face. That’s the way I look at these people.”

To be clear, James Carville’s position is that he wants to commit physical violence on people who refuse to undergo a medical procedure which does not demonstrate its intended effect.

The COVID vaccine doesn’t stop illness or transmission of COVID. It might knock down the seriousness of the symptoms of the Wuhan flu.

I didn’t take the jab. I got COVID over Christmas. It was two days of a reasonably bad flu – a headache, chills and body aches, and a deep fatigue/brain fog. On the third day, and from then until 10 days later, all I had was a runny nose and felt lazy. Finally I managed to kill it off by taking a huge dose of Vitamin D.

That was it. That was COVID.

The people I was with were vaccinated. They got it, too. Exact same symptoms as I got. The vaccine made no difference.

And now we’ve all got natural immunity from COVID, which is the kind of immunity that actually works. I’m less likely to spread COVID to James Carville or other corrupt, fascistic, geriatric douchebags afraid of a virus which has mutated into a bad cold than Carville is to spread it.

But James Carville wants to fight me?

Come on. Get hold of me and we’ll set that up. I’ll give you the first lick and I won’t press charges. You just have to agree to accept what comes next.

Which James Carville won’t like. He’s 77 years old and frail, and in deep decline physically, mentally and spiritually. But for his threats of violence, Carville would be a figure of pity.

Why is his mouth writing checks his body can’t cash? Maybe it’s that for 30 years Carville has been involved in behavior which would put any of us under the jail and he never faced any consequences at all.

Normal people know that if you publicly threaten physical violence against a whole class of people it’s a dangerous thing to do because you might just piss off one of them badly enough that they’ll come and find you. But James Carville has never been normal.

Again, the offer stands. Naturally he won’t take me up on it. It would be nice, if he doesn’t actually want to take weak swings at the unvaccinated, for Carville to apologize and agree never to threaten violence again against people he disagrees with.