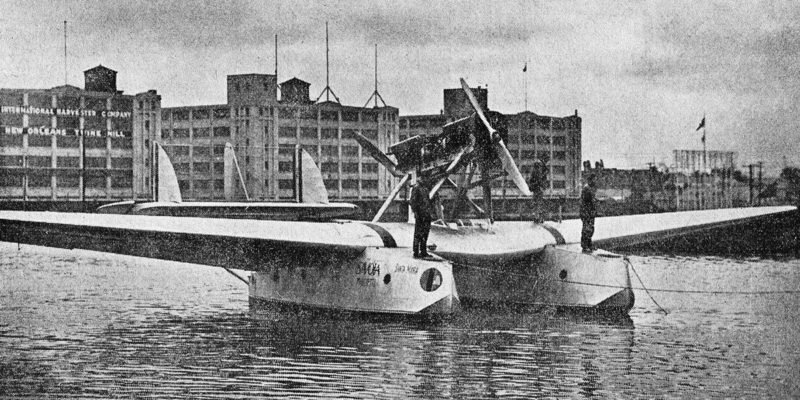 At the following City Council meeting on April 7th, Council Members Moreno and Harris introduced Ordinance 33, 687 to remove Tivoli Circle as the name of the street and park. This follows a lawsuit by the American-Italian Federation of the Southeast requesting Declaratory Action by the Civil Courts to require the city to place street signs, a park sign, and place the street and location in New Orleans GPS.

In its court response, the City of New Orleans agreed with the Federation’s October 2021 filing and asked the Judge Sidney H Cates IV to dismiss the case based the city agreeing with the Federation and there being nothing in dispute. Judge Cates agreed and dismissed the suit without requiring the city to erect the markers and change the GPS listings.

The Ordinance by Harris and Moreno is viewed as insensitive to the Italian community. The City Council passed motion M-20-170 in 2020 to rename streets in New Orleans to “Remedy New Orleans violent mistreatment of immigrant groups.”

On March 14, 1891, The City Council and Mayor Shakspeare of New Orleans were involved in organizing a mob of over 5,000 to lynch and massacre Italians whose import businesses were gaining control of the docks along the Mississippi River.

In April 1891, The New Orleans City Council passed an ordinance banning Italians from working on the docks. The contract owned by Joseph P. Macheca was transferred to James Houston’s company. Houston was one of the mob leaders.

From 2018-2021, Council Member Kristin Palmer chaired the City Council’s Government Affairs Committee and represented the Historic French Quarter District. Frequently during this time, she was asked to place the Federation on an agenda and refused. The Federation has ten state approved historic markers of Italian and Sicilian contributions to New Orleans. One marker denied is to Mother Cabrini efforts carrying for orphans during New Orlerans 1890s Yellow Fever crises. The city has refused to approve for placement of the markers in the French Quarter area once known as “Little Palermo” including Mother Cabrini Park.

In 2021 via teleconferencing meetings Palmer passed an ordinance to re-name New Orleans’ Washington Artillery Square. Washington Artillery Square is where Francesco de Pinedo landed in 1927. The monument was erected in 1976 by former Mayor Moon Landrieu and featured the cannon of the Confederate Unit that became the National Guard Unit of New Orleans. That unit went on to serve in World War I, World War II, Korea, Vietnam, the Gulf Wars, Hurricane Katrina, numerous other hurricanes, and recently perform Covid testing.  Palmer claimed the marker erected by Mayor Landrieu promoted White Supremacy.

Since 2018 the Facebook Page (1) New Orleans Tivoli Circle for Blue Star, Pow/ Mia, Purple Heart & Gold Star | Facebook  and the website www.TivoliCircle.org have existed to inform the details and history of Tivoli Circle and the proposal to make it a Blue Star and Gold Star Memorial.

The animosity and mistreatment being displayed by current council members towards Italians in New Orleans compares to the level displayed in the Italian Immigrants of the 1890s.

Interested in more news from Louisiana? We've got you covered! See More Louisiana News
Previous Article GURVICH: Voters Deserve To Know What Party Judicial Candidates Come From
Next Article DRAGLAND: Freedom From The Feds Means Freedom For The People