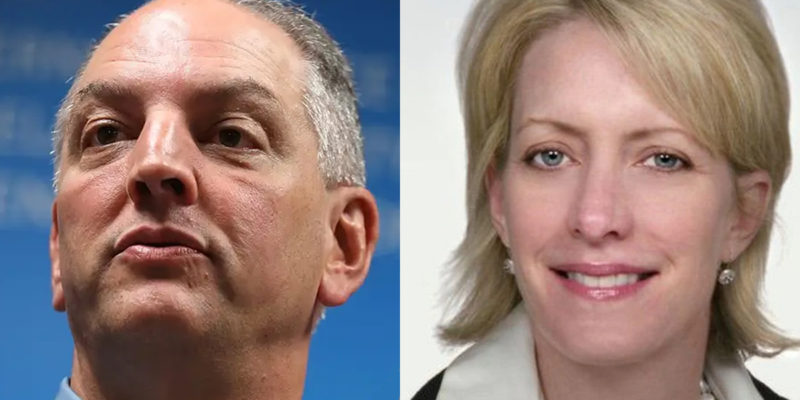 …as the United States Supreme Court, which is a body your average Democrat should know not to trifle with by now, has decided to put an end to the Edwards-Dick Revue and give Louisiana the congressional map its elected representatives passed into law.

The US Supreme Court has stayed Judge Dick’s ruling in the Louisiana redistricting case. pic.twitter.com/5Pcziahf7a

It was always going to end up like this, you know. There was never any legal justification for finding it an imperative to make Rorschach test/racially gerrymandered congressional districts just because a third of Louisiana is black.

If, say, Shreveport and New Orleans were majority-black cities and both were big enough to host congressional districts of their own, then yeah – a 5-1 congressional map would probably violate the Voting Rights Act. But that’s not what we have here. New Orleans isn’t even big enough for its own congressional district anymore, and because of that fact the one majority-black district in Louisiana has to stretch all the way up to North Baton Rouge to pick up enough black voters to have a full majority-minority district.

And no other city in Louisiana outside of New Orleans or Baton Rouge even has a metropolitan area big enough for its own district. Mike Johnson’s district picks up Shreveport and Bossier Parish, then has to dive down most of the way to Lake Charles to get enough population to be a full congressional district. Julia Letlow’s district contains both Monroe and Alexandria and still has to creep into the Florida Parishes. Clay Higgins’ district has both Lafayette and Lake Charles.

Given that, how exactly do you make a majority-black district out of that which doesn’t look like the blood splatter from a gunshot to the head?

You can’t. Everybody knows you can’t.

Edwards and Dick, who were unquestionably in cahoots, thought they’d engineer a crisis and see if Louisiana’s legislature had leadership dumb enough to fall for their demands to rewrite the 5-1 (five Republican districts, one safe Democrat district) map they’d passed over Edwards’ veto earlier this year.

Had they done that, it would have made moot any appeal of Dick’s decision.

But while we criticize the legislative leadership for being overly submissive to Edwards, at least they’re not THAT submissive. Requested to castrate themselves with a rusty knife, they said no.

Once they did, it was a matter of time before a higher court – in this case it was the Supreme Court, but it could just as easily have been the Fifth Circuit – intervened and put this idiocy to bed.

And now, presumably, we’ll have a congressional election based on the map the legislature passed. And there will be six incumbents – five Republicans and one Democrat – re-elected easily.

Show’s over, folks. Have a safe trip home, and we’ll see you again when next the circus comes to town.

Interested in more news from Louisiana? We've got you covered! See More Louisiana News
Previous Article KOENIG: New Orleans Is A Third World Dumpster Fire
Next Article APPEL: On The End Of The Congressional Redistricting Farce