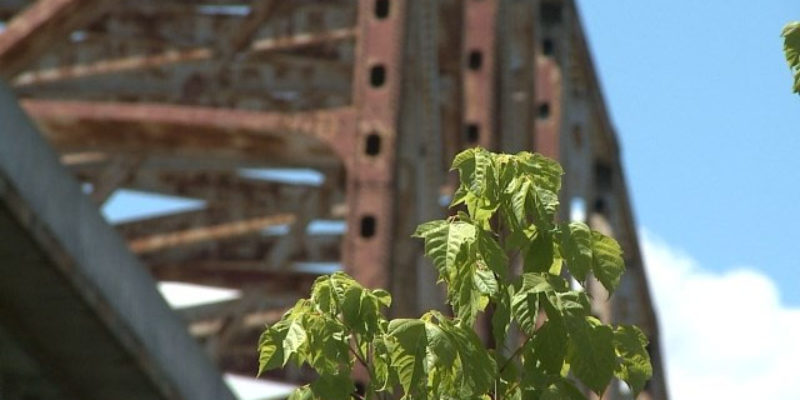 The Bossier City Council graybeards have no problem in blowing hundreds of millions of dollars in needless or overly grandiose construction, but – with one of their emeritus members – put up resistance to negligible costs in sweeping away some detritus.

At issue in its initial July meeting was a memorandum of understanding among the city, Shreveport, Bossier Parish, Caddo Parish, the state Department of Transportation and Development, and its Department of Culture, Recreation, and Tourism concerning the disposition of the Jimmie Davis Bridge. With the state getting money for a project to replace the existing two-lane span with a four-lane version slightly upriver, the opening steps to kick off the long process need accomplishing.

That begins from the premise that the old bridge must stand regardless not only because it has been used a by protected species as a nesting habit but also because it qualifies under federal law as a Section 106 historic structure. So, the state essentially has proposed that it transfers the ownership of the structure from the state highway system to its parks system – and actually changed state law on the request of Republican state Sen. Barrow Peacock to make this legal – whereupon the state remains responsible for almost all maintenance.

What little maintenance the four local governments would have to do the MOU encapsulates, and it is very little: (1) Providing an adequate number of trash receptacles and liners; (2) Emptying of the trash receptacle and replacing liners on a weekly basis; (3) Sweeping and/or blowing of debris on a weekly basis; and (4) Any other maintenance required to keep the area free and clear of any debris. Despite these incredibly modest requirements, this became a point of contention when the graybeards present at the previous meeting at the end of June  – no party Jeff Darby and Democrat Bubba Williams – began complaining how the other governments might not live up to the agreement and they insisted on having it amended to state that if other parties didn’t, Bossier City could opt out.

Gaining agreement from Republicans neo-graybeard Jeff Free and newcomer ally of theirs Vince Maggio – graybeard Republican David Montgomery was absent – they delayed the MOU a meeting to insert such a clause. Only the two GOP newcomers both living near the foot of the bridge, Chris Smith and Brian Hammons, voted to move forward regardless. However, then when it came up for approval in the most recent meeting, emeritus graybeard David Jones, who Free replaced nearly a decade ago, spoke in front of the Council and tried to throw a spanner in the works.

Jones brought up issues such as public safety patrols, emergency medical services, and other ancillary matters, none of which had anything to do with maintenance, for that’s all the MOU would commit the city to – if the new twin span was built, if the old bridge was rehabilitated, if DOTD transferred it completed to CRT. His comments mimicked those attributed to astronaut James Lovell in the film Apollo 13 when the space explorers’ discussion of how to extricate themselves from the emergency power loss in space went flying off in all directions, “[T]here’s a thousand things that have to happen in order. We are on number eight. You’re talking about number 692.”

And the one relevant issue Jones broached, elevators up to the bridge to make it complaint with the Americans with Disabilities Act (the gradient is way too much for wheelchair access), the MOU spells out clearly whose responsibility that would be: CRT. Jones hadn’t seemed to have understood ownership and responsibility, including liability, for these things would rest with CRT, not with any of the local governments.

Perhaps in future negotiations over the years succeeding MOUs might bring up EMS requests from local governments and the like, but that wasn’t the issue at hand. It was whether Bossier City would perform some very minor maintenance that if the total annual cost hit four figures would be surprising.

Still, all but the stubborn Williams voted in favor of putting out the revised MOU (which technically now the other three governments would have to ratify, since they previously agreed to a slightly different version). That doesn’t reduce the amazement at the graybeards on it, plus Jones, sniping at the deal when on the past quarter century (or in Montgomery’s case, two decades) they had spent hundreds of millions of dollars on absolutely unnecessary capital projects such as a money-losing arena, a high-tech office building, and a parking garage – all things the private sector could have handled. This attitude encouraging city spending on baubles that bring net negative benefits to taxpayers is why Bossier City has the highest per capita debt load in the state by far for any major city in the state.

Although Williams et. al. had the last laugh at the citizenry’s expense, earlier in the meeting. Then, on behalf of the Council, new president Darby along with the former president Montgomery that preceded Williams presented him with a plaque honoring his service (humorously enough, misspelling his nickname). In reading the commendation, Darby mentioned how Williams had suffered an “egregious” recall attempt – over Williams leading the charge that culminated in disallowing GOP Mayor Tommy Chandler’s initial chief administrative officer choice to come to a vote – that supposedly made his doing the job harder.

In essence, the chuckling graybeards gave to citizens expressing their rights a Boy Scout salute, but palm inwards and ring and index fingers lowered to leave only the one in the middle. Disparaging the people they work for in this way continues the pattern of two decades-plus of unprofessional behavior on their part that reinforces why the actions of Bossier City elected officials has made it America’s biggest small town.

Interested in more news from Louisiana? We've got you covered! See More Louisiana News
Previous Article GARLINGTON: Stop the CDC’s Child Sexual Predators
Next Article The District Attorney In New Orleans Is On Trial Himself Today