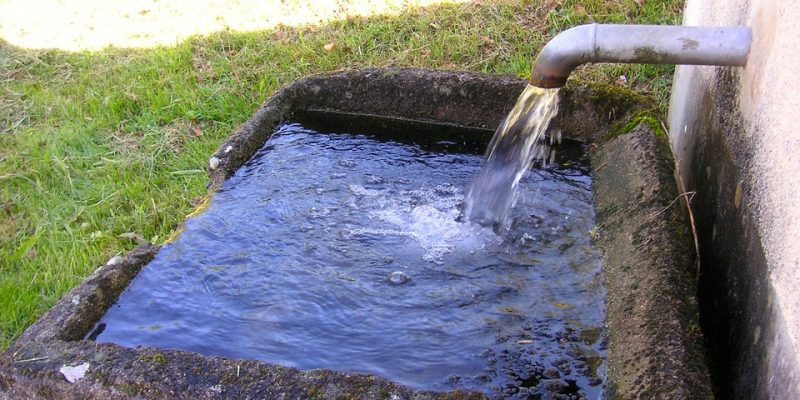 Maybe legislators will start paying closer attention to Republican Sen. Robert Mills’ efforts to ensure Louisianans get the appropriate bang for their buck with the state’s water resources.

Last week, the Louisiana Legislative Auditor released a report regarding regulation and valuation of surface water in the state. It concluded that the state not only virtually was giving away water owned in common for short-term uses, but also even for long-term use existing state law forcibly undervalued water. Impediments to proper pricing derived from the state having no water management plan, its failure to require cooperative endeavor agreements, and through slipshod administration of what CEAs exist by the Department of Natural Resources.

This issue is statewide but of particular importance in north Louisiana, which has an abundance of larger bodies of surface water and is a hotbed of hydraulic fracturing activity that exhibits great thirst, hence Mills’ interest. His district includes Lake Bistineau, the presence of which has sparked activity from energy exploration firms who have bypassed the CEA process and basically suck up water from there for free.

However, the issue extends further. While north Louisiana might have rich water supplies, sparser aquifers such as those in the Baton Rouge area are at risk for dangerous drawdowns without adding more compulsory elements to discourage overuse. A statewide water regime could help in this regard, but the Louisiana Law Institute many years ago was assigned the task of coming up with this and it still hasn’t, although perhaps will complete it by the end of the year.

Further, as the current system shockingly underpays – an average of 0.6 cents per thousand gallons when the current price is in the 19 cents range – it dramatically reduces the amount of money for the legal purposes to which such revenues apply, aquatic vegetation control. And, even if requiring CEAs and that the state follow market rates without the ability to grant sweetheart deals might cut down on potential business for the state, it could improve the fortunes of private landowners selling their water currently being aced out of potential revenues by companies pumping away freely from taxpayer-owned waters.

Many of the deficiencies cited in the report could have been repaired by Mills’ SB 153 this past legislative session, which would have required CEAs and bargaining for best prices, while requiring a holistic view of water management, and expanded somewhat those bodies of water covered although with significant exceptions requested by stakeholders, including the oil and gas industry. Another of his bills, SB 351, would have put more teeth into enforcement.

But when he brought the former in front of the Senate Natural Resources Committee, the south Louisiana senators who dominated the panel panned it, for specious reasons legal and economic, following the cue of special interests, that Mills parried. For example, Republican state Sen. Bret Allain talked of how it might negatively impact costs for rice farmers, putting that interest ahead of citizens.

GOP state Sen. “Big” Mike Fesi ran interference for energy companies, saying how the amount of water used to fracture for one well was less than one ten-thousandth of the annual water use in the state, as if this legitimized donating the people’s resources and ignored the risk in some parts of the state to the water table of excessive high-volume use that proper pricing would reduce. This complemented officials from interest groups representing oil and gas companies complaining in this policy environment extra costs especially would hurt their efforts, as if their problems were caused by an inability to fleece the citizenry more thoroughly instead of the antics of a hostile Democrat Pres. Joe Biden Administration.

Back then, the water carriers for special and parochial interests won out by shelving the bill. At the time, Mills predicted the issue wouldn’t go away. The auditor’s report presents more information promising that will come true.