Since Adrian Perkins took hold of the Mayor’s office in Shreveport, the Northwest Louisiana city has been a bastion of corruption…. Today, we regret to report that nothing has changed.

In a bold move of incompetence, cronyism, and corruption, it seems that the Mayor and his flunkies have attempted to secure a sweetheart deal for Blue Cross/Blue Shield.

You see, the City of Shreveport recently announced sweeping changes to their health coverage for city employees. They publicly stated that they would be taking bids for healthcare coverage and that all eligible providers would be included in the RFP process.

Well there’s just one thing wrong with that – only one company was able to submit a proposal.

Although a majority of the city’s employees and retirees have chosen a local institution as their healthcare provider, the City neglected to even include them in the proposal. Then, when they were called out on it by the Shreveport hospital, they lied saying that Blue Cross/Blue Shield’s plan was “$1.6 million less than what was offered” by other insurance partners.

So the top hospital system in the city is being boxed out in a “fair bidding process”. Though unfair and anti-competitive, it seems this type of maneuver is just par for the course under Perkin’s leadership.

Now, you may be asking yourself: “Why would Shreveport not want to give their employees and retirees the best coverage possible?”

“Why would they exclude the company that currently provides healthcare to most of the employees?”

Well, that’s where the corruption comes in. If you look closely at the makeup of the Shreveport Healthcare Trust Fund Board, you’ll notice a few interesting things….

It doesn’t take a rocket scientist to see that these conflicts of interest are bad for the overall process but clearly the Mayor doesn’t care. Whether it’s due to his office being in on the sweetheart deal or his record of attentiveness at the Trust Fund Board’s meetings, we do not know. 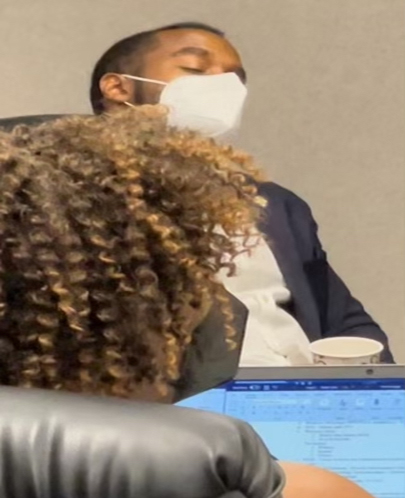 Yes, this is Adrian Perkins caught ASLEEP at the last Shreveport Healthcare Trust Fund Board meeting

What we do know is that this deal is bad for Shreveport’s employees and retirees. This is a symptom of the major problem in the Mayor’s office and why we need new leadership.

This whole scenario is eerily similar to the “If you like your doctor, you can keep your doctor” ploy that Obama pulled years ago.

Perkins and his cronies are trying to pull one over on the people of Shreveport and radically alter their healthcare for their own gain.

He needs to be stopped! We are tired of the corruption and cronyism in the Mayor’s office. It’s time that Shreveport got rid of the poor democratic leadership of Adrian Perkins and elected a conservative like Tom Arceneaux.

We need to stand up and fight back against this blatant corruption on the banks of the Red River!

New leadership is the only viable answer to this problem!