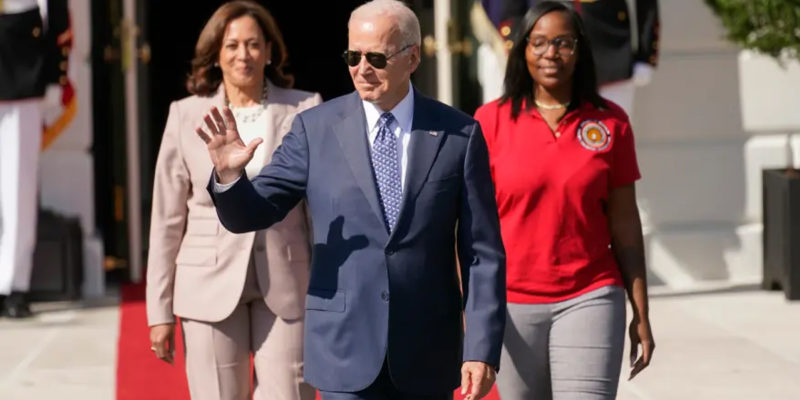 Tuesday, the proverbial straw broke the camel’s back. Or rather I should say, the donkeys’ backs. The donkeys, of course, being Joe Biden and his administration, the Democrat majorities in both houses of Congress, and the entire woke political and media establishment (if you care to make a distinction).

And the little straw which caused the demise of this herd of jack…, er, donkeys? Why, it was none other than the Consumer Price Index (CPI), a tiny little two digit number (you had better hope it is a two digit number), which is reported every month by the United States Bureau of Labor Statistics, and then flashed across news screens across the country.

This month’s number happens to be 8.3% If you are not a regular follower of economic statistics, you may well ask just what the Hell is the CPI, and that is an excellent question. After all, even the behemoth federal government which rules our lives in so many ways, pays obeisance to this little number. It is as if a tiny mouse were leading an enraged Godzilla through the city on a leash, but such is life in our time.

Now the CPI is nothing more than the measure of the average change over time in the prices paid by consumers for a basket of goods and services. Simple as that. You can pick and choose what’s in the basket, but once you pick your stuff, it has to remain the same. Every now and then, you add up all the prices for all the goods and services in the basket. That way, you can measure how much prices have changed over time. If the prices keep going up, we call that inflation. If the prices go down, we call that deflation, but you probably won’t need to use the D-word as long as Joe Biden is your president.

Now here’s inflation’s dirty little trick: Recall that the CPI went up by 8.3% over the same time last year. You could say that prices went up 8.3%, or the purchasing power of your dollars went down by 8.3%- it the same thing, actually. That hundred dollar bill in your pocket can now buy only $91.70 in goods and services. That ten thousand dollars in savings that you worked so hard to accumulate is now worth only $9,170! Maybe you received a raise over the last year to make up for some or all of your lost purchasing power, but you still lost 8.3% of every dollar you own.

How is that possible, you may ask? I’ve heard about inflation in the 70’s and 80’s, but we learned how to correct the problem, didn’t we? We’ve had inflation under control for over forty years. Inflation was under 2% when Donald Trump was president less than two years ago.  So what happened?

Bad, no, not just bad but absolutely terrible government happened. That doddering ‘moderate’ Democrat whom we elected in November of 2020, wasn’t a moderate Democrat after all. He fooled a lot of people into thinking he was a moderate Democrat, but he had a lot of help from unscrupulous organizations and individuals. Since the day he was elected, however, he’s been a shill for the most extreme element of the Democrat Party. In fact, woke Progressive Democrats aren’t really even Democrats, just America-hating Marxists hiding from public view, and they happen to control both houses of Congress and the Presidency of the United States!

Biden and the Progressive Democrats have spent trillions and trillions of dollars at a relentless pace since the day they took the reigns of power, all in the name of equity, green energy, pandemic relief, and any other woke causes they could think of. Now every sane economist knows that once you start flooding an economy with trillions and trillions of dollars in spending, prices go up. There is simply too much money chasing a limited number of goods and services, so people start paying a little more to get what they want while it’s still available. That’s what causes inflation, and it could get a lot worse.

Make no mistake: Biden and the Democrats will keep on spending until they are stopped, or the United States effectively goes broke and destroys our economic well-being for a generation or more. That’s what woke Democrats do; that’s all they know how to do. They don’t understand anything about business or wealth accumulation because so few of their leaders have ever held real jobs. They are almost all community activists, lifelong bureaucrats, or lawyers; almost never businessmen, accountants, or economists.

And that brings us back to the importance of yesterday’s little CPI number. You see, until yesterday the Biden administration and its compliant press minions could maintain the fiction that inflation was going down, energy was getting cheaper, and all would be well in the end. The fact is that the only reason that oil and gas prices have gone down is because people are driving less due to the economic recession and winter is not yet here.

Energy prices will soon go back up, and as we now know thanks to the CPI report, inflation continues to rage. That is to say that inflation is still stealing our hard-earned money right out of our pockets, and it keeps on stealing from us every second of every day. And to bring down inflation, the government must keep raising interest rates to make it harder and harder for folks like us to borrow money to buy a house, or finance a business, or just  pay our bills as the value of our money keeps declining.

This awful mess should make you mad, very mad, because it was all foreseeable and avoidable, but Joe Biden and the Democrats had higher priorities than you, your family, and our country.

You can stop this insanity by voting Republican on Tuesday, November 8th, for a better America!

Interested in more national news? We've got you covered! See More National News
Previous Article APPEL: Time Is Running Out To Save New Orleans
Next Article Yes, PLEASE Get Rid Of The Louisiana State Income Tax