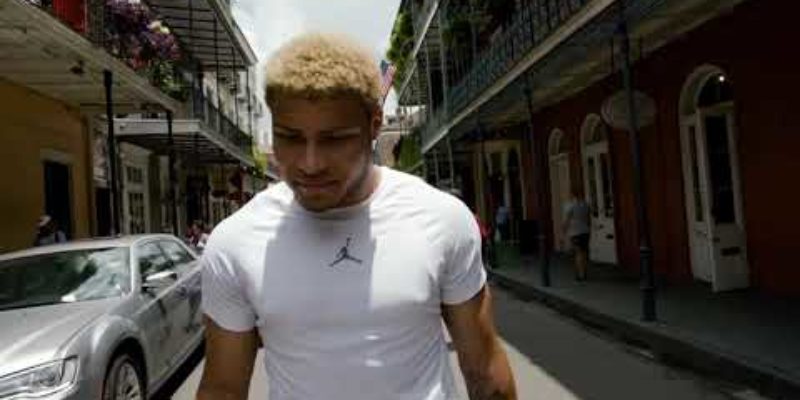 This thing is called The Path, and it’s somewhat typical of the hype videos LSU football will put out, but this one grabbed us more than usual.

Andrew Whitworth is the narrator, in case you’re wondering. He’s the most recent former Tiger football star to pick up a Super Bowl ring, having played for the Rams last year. So did Odell Beckham, Jr., while four others – Joe Burrow, Jamar Chase, Tyler Shelvin and Thaddeus Moss, played for the runner-up Bengals.

Then you have Leonard Fournette, who earned a ring with the Tampa Bay Buccaneers two years ago and Tyrann Mathieu, who picked one up with the Kansas City Chiefs the year before. They’re featured in this video as well.

It’s a recruiting thing more than anything else, but it’s popping out just before LSU opens the 2022 season Sunday in New Orleans against Florida State, in a game where the Tigers are slight favorites.

Will this team hold up the tradition of LSU established in the previous decade which ended, more or less, with the 2019 national championship team?

That depends on who you ask. LSU goes into the 2022 season unranked, something which hasn’t been the case in a very long time. But of course considering that the Tigers went a combined 11-12 over the past two seasons before Ed Orgeron was cashiered and Brian Kelly was brought in from Notre Dame to replace him, it’s not unreasonable that the national polls would be down on LSU.

The thing is, this isn’t really a rebuild situation, though. There is a ton of talent on LSU’s roster. The lineup is dotted with likely high NFL draft picks – Keyshon Boutte at wide receiver, Masson Smith and Jacquelin Roy at defensive tackle, B.J. Ojulari and Ali Gaye at defensive end, not to mention others – and there’s a wealth of experience on this team owing to the deep dive Kelly and his staff did into the transfer portal.

It also looks like he’s done a very good job changing the character of the team and fixing what had become a poisonous locker room. There were no disciplinary issues of note in the offseason, and LSU made it through fall camp with no major injuries, an indication not just of luck but of a rock-solid offseason conditioning program.

It’s clear the program is going to return to prominence under Kelly. He’s won at a very high level at Grand Valley State, at Central Michigan, at Cincinnati and at Notre Dame, and his recruiting has been excellent – not just in the fast recovery he made from a dumpster fire left to him last year but in the super start to the 2023 class he’s made. There is an air of competence around LSU Football which hasn’t been seen since Nick Saban left, and when that’s combined with the resources of the program it’s almost axiomatic that the program will succeed.

We’ll begin to get some answers to that starting on Sunday night. Three factors will be instrumental in guiding how far LSU can come back from the doldrums of the last two years.

First, how much of a passing game will quarterbacks Jayden Daniels and Garrett Nussmaier be able to provide? Daniels is an Arizona State transfer who is reputed to be Sunday’s starter, though Kelly is mum on the subject. He’s a devastating runner but somewhat inconsistent in the air. Nussmaier, on the other hand, is a sparkling talent with a live arm who can make poor decisions with the ball. One of them needs to settle in and become a reliable pocket passer, because the LSU wide receiver corps, if it’s supplied with a quality quarterback, will be able to win games against top opponents almost by itself. Getting the ball efficiently to Boutte, Malik Nabors, Jack Bech, Jaray Jenkins, Brian Thomas and the gang will make LSU’s offense exceptionally dangerous – the Tigers simply have too many excellent wide receivers for college secondaries to contain. But that doesn’t get you far if your quarterback play isn’t reliable.

Second, does LSU’s line of scrimmage on both sides of the ball have the ability to dominate? On defense, the answer should be yes – Gaye, Ojulari, Smith and Roy might be the most talented front four in the SEC if not all of college football, and there is a wealth of talent and experience behind them to rotate in. But last year, with those talented players – though getting them all on the field at the same time due to injuries proved impossible – LSU didn’t do a very good job of stopping the run, and that was with Damone Clark having an unbelievable season behind them at linebacker. Production has to rise to the level of potential on the defensive line; if it does, LSU will have a top-flight defense.

But the offensive line was lousy a year ago, and it’s brand new. Freshman Will Campbell is the anchor at left tackle, and while he looks a bit like a Whitworth-style franchise player at the position it’s a lot to ask of him to be a star immediately. Sophomore Garrett Dellinger seems to have settled in at center, a serious weak spot a year ago, while junior Anthony Bradford might become the road-grading dominator he’s been projected as since he got to LSU at right guard. Transfer Miles Frazier at left guard and senior Cameron Wire at right tackle round out the starting five, with senior transfer guard Tre’Mond Shorts playing a lot as well. They’re big and physical, but they’re new. We’ll see starting on Sunday whether the offensive line can be a strength.

Finally, with the prospect of many close games, LSU’s special teams could be an achilles heel. All of the kicking specialists are new, though Notre Dame transfer punter Jay Bramblett looks like he could be an all-conference contender. Nobody has really seized the placekicking job in fall camp, though freshman walkon Damien Ramos got the nod as the starter; field goals and extra points could be an adventure. Nabors is the return man, and he could be explosive, but he’s also new. LSU has had good special teams for the last several years, but this could be an area which weighs the team’s performance down this year.

First seasons for coaches are always interesting at LSU, as there is a tradition of quick recoveries in the program’s fortunes particularly when quality coaches are hired. Kelly fits that bill. We’ll see if he can generate the kind of one-year turnaround that Bill Arnsparger and Nick Saban managed when they first arrived.

Interested in more news from Louisiana? We've got you covered! See More Louisiana News
Previous Article Louisiana Has Begun To Join The BlackRock Backlash, And It’s About Time
Next Article SADOW: The Climate Change Crowd Doesn’t Care About The Evidence