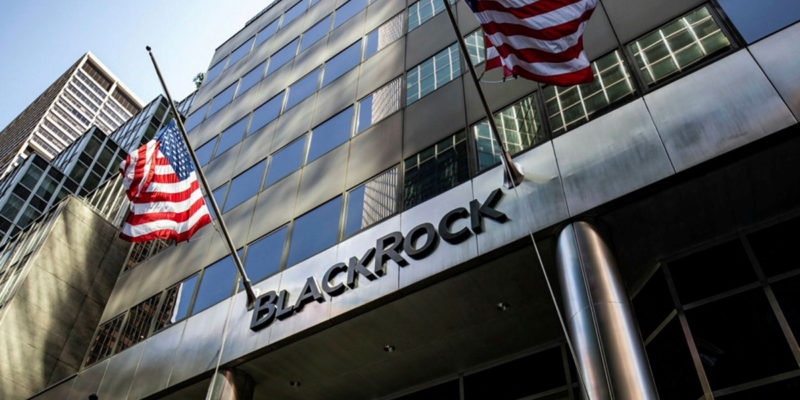 There’s an old adage within the world of business that the consumer votes with their dollar, ultimately dictating which companies, and dare I say ideas, thrive or die.

Yet investment firm BlackRock has taken this to an entirely new level. BlackRock CEO Larry Fink is actively using your hard-earned investment dollars to vote in support of his personal social justice warrior goals. Ironically, this is done in the name of “preserving democracy” while Fink actively circumvents the courts, legislatures, and will of the American people to not only dictate national policy from the board room but also change human behavior through a social credit score known as ESG.

Those letters stand for Environmental, Social, and Governance. What it means in reality is “forcing behaviors” through a scoring system completely lacking in transparency, standardization, and even accuracy. Gender may not be fluid, but ESG ratings most certainly are, with subjective purity tests being used to harm the performance and shareholder returns of American firms while simultaneously lifting up questionable Chinese assets.

Of course, Fink’s argument is that companies with high ESG scores will perform better financially over time because they are behaving responsibly in relation to climate change. This, in turn, is supposed to make them less risky investments, especially for retirement plans. What it actually means is divesting from fossil fuels and destroying Louisiana’s economy in support of unsustainable renewables that are anything but safe bets for the future.

That’s why on August 4, I joined my fellow attorneys general in addressing this issue as it relates to pension funds, which, according to state law, must be invested only to earn a financial return—not to save the world from a climate emergency that over 1,000 scholars and scientists agree does not exist. Yet instead of focusing on investors’ returns, BlackRock has prioritized “an urgent need to accelerate the transition towards global net zero emissions,” rejoining the Paris Agreement, and forcing the phase-out of fossil fuels, which equate to a quarter of Louisiana’s gross domestic product.

Fortunately, Louisiana’s Treasurer John Schroder eventually agreed with my assessment and legal counsel related to the State’s fiduciary duties, and on October 5, he notified Fink that Louisiana would be divesting from the woke investment management company. This meant pulling $794 million from the fund over the course of this year to protect both Louisiana’s economy and the pensions of those who have placed trust in our ability to invest that money wisely.

Still, Fink does not have his sights set purely on the Pelican State. As a member and avid supporter of the World Economic Forum, he means to transform the entire global economy. Louisiana joining other states in divesting from Fink’s brand of “virtuous” capitalism is a start, but in this David v. Goliath scenario, it’s going to take more of an effort to protect ourselves from the radical agenda of the world’s largest investment firm possessing an arsenal of $10 trillion, which is more than the gross domestic product of every country in the world, except for the U.S. and China.

The truth is, companies like BlackRock quickly amassed enormous power because of a low-cost business model that encouraged investors to take a passive role in saving for their retirement. They are now using that influence to not only destroy the oil and gas industry, but to also change your personal behavior through initiatives that range from racial equity audits to promoting gender as a social construct and encouraging gun-free investments meant to “transform” that industry as well—using your dollars.

Millions of small investments in these mutual funds have given BlackRock, Vanguard, and State Street an enormous war chest for pushing their shared radical agenda, all while driving up the cost of everyday goods until you eventually “own nothing and are happy about it.” Unfortunately, this means that Americans who have invested their hard-earned money to prepare for the future have given these firms the leverage to effectively destroy it. If this concerns you, then I highly suggest you take back your voting power, starting with your retirement plan.

Vote with your dollar by divesting from BlackRock and others. If you are a small business owner, stop putting money in these firms and offering their funds to your employees. There are other investment managers out there who are apolitical and far more focused on delivering your desired returns than recreating Communist China in the West. If you are a retail investor, look at your mutual funds and move away from the fool’s gold schemes of Larry Fink. And if you work for a company, rebalance your 401k away from BlackRock.

This score is simple: if it went woke, help it go broke—because in this game, it’s either them or you.

Jeff Landry is the attorney general of Louisiana and a former U.S. representative. This piece originally appeared at Breitbart.