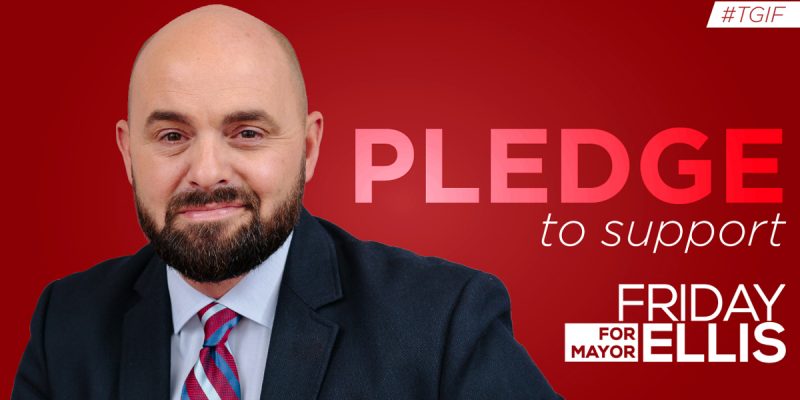 Ellis, who is white, grabbed the city’s top spot that summer by fending off black incumbent Democrat Jamie Mayo, who had held the office for nearly 20 years. He won despite the fact that 55 percent of voters registered as Democrats, 63 percent were black, and his main supporters (including his wife, a Republican on the Board of Elementary and Secondary Education) were Republicans.

The roadmap he laid out – in a majority black electorate, present an agenda of competence as opposed to an incumbent increasingly detached from voters’ basic concerns but run without a major party label to attract non-Democrats and blacks hesitant to vote for a labeled Republican – gave hope to conservative candidates to win in Louisiana municipalities with these characteristics. At the same time, the nature of his victory made clear circumstances would have to be just right to pull it off.

That didn’t happen in Shreveport’s mayoral contest, where Caddo Parish Commissioner Mario Chavez made a similar kind of attempt. Formerly a Republican and in fact a party official, Chavez launched his bid this spring without a party label to challenge struggling incumbent Democrat Mayor Adrian Perkins, but finished only third in the general election earlier this month.

He failed for two reasons. First, ideally the contest unfolds in a way to create a two-up race with the unpopular incumbent, but even before he entered that turned impossible when Republican former councilor Tom Arceneaux announced his bid. He was and would turn out to be a quality candidate, finishing first.

Still, possibly Chavez could have threaded the needle if only Arceneaux and Perkins had served as major opponents. Enough disgruntled Democrats could have gone for him, while strategically-thinking Republicans might have defected from Arceneaux, seeing Chavez have a better chance in a runoff against Perkins, that would have enabled Chavez to make the runoff.

But with the entry of Democrat state Sen. Greg Tarver into the race, and compounded with Democrat Councilor LeVette Fuller following, that ended Chavez’s chances. Now disaffected Democrats had alternatives and strategic Republicans knew Chavez wouldn’t make it without those Democrats in the electorate, so they might as well vote for the genuine article. As it was, Tarver made the runoff.

Chavez’s chances also tumbled because, unlike Ellis who ran as a novice, he had a record and continued to make votes adding to it. Thus, when he began to vote less conservatively after entering the fray, perhaps as an attempt to appeal to non-Republicans in the electorate, this also would discourage Republicans from supporting him, especially with a conservative alternative with Arceneaux.

That shoe also fit for no party Bogalusa Mayor Wendy O’Quin Perrette. She originally won office in 2014 by finishing a little short of an absolute majority over the Democrat incumbent, with his fortunes harmed by a federal investigation into his company that eventually convicted his son, who then didn’t contest the runoff. She fended off several Democrats in 2018, in an electorate where that party had an absolute majority.

However, this year the shoe was on the other foot. With a population that had shrank to under 11,000 by losing around 2,000 residents between censuses, that proportion of Democrats in the electorate decreased slightly but, more significantly, blacks reached an absolute majority for the first time. It also didn’t help that audits critical of city finances came out to undermine confidence in her governance, the fiscal problems of which Perrette, who is white, blamed on the city’s steady population decline,. As a result, she finished a distant third to 23-year-old black Democrat Tyrin Truong, who won outright.

Yet one white politician managed to win a mayoralty in a larger city with a black majority. In Alexandria, Jacques Roy reassumed office after a four-year hiatus, defeating four other Democrats, including black incumbent Jeff Hall, where Democrats make up an absolute majority and blacks 55 percent of the electorate.

Of course, Roy had served three terms as mayor previously, winning reelection despite a steady decline in city population although the city still had a considerable white majority in the electorate throughout his time. And he ran as a Democrat, and with the past good feelings were enough to crush Hall, who faced a divided police department and persistent scrutiny from the City Council, the fiercest critic from which entered the race and nearly outpolled him.

Results from these contests show just how difficult it is for white non-Democrats to prevail in these environments, and how special was Ellis’ triumph.