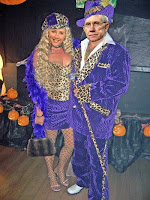 A couple of items stand out amongst a host of outrages today.

First, it appears that Louisiana Sen. Mary Landrieu has, as better than 75 percent of the public figured, begun to cave in and will apparently in two days vote for cloture on Harry Reid’s disastrous socialized medicine bill.

Landrieu not too long ago said “I’m not for a government-run, national, taxpayer-subsidized plan, and never will be.” That didn’t last very long.

Over the last two weeks Mary has started changing her tune, and today ABC News says that she’s climbing aboard Reid’s garbage scow.

So, what is it that Landrieu is getting for compromising her “principles” this time?

It might be impolite to call this what it is, but I’m reminded of a quote attributed to Winston Churchill. The story goes that Churchill asked a female dinner guest if she would consent to conjugal relations with him for a million pounds, to which he received a positive response. He then asked if twenty pounds would produce the same assent, to which the response was “Of course not. What do you think I am?”

Churchill is said to have responded, “Madam, we have already established what you are. Now we are just haggling over price.”

I don’t believe Churchill ever met Mary Landrieu, and that’s a shame. Undoubtedly he could have spouted forth an even more entertaining quip after seeing her trade her political virtue so cheaply.

Now, let’s not have too many illusions – Landrieu is hardly the “moderate” or “conservative” Democrat she would like for the people of Louisiana to see her as. There’s a reason noone believed her when she said she wouldn’t vote for a public option – when the party calls, Landrieu strips down and jumps into bed with the Democrat leadership with the speed and skill of a veteran. The next morning, naturally, she can be counted on to present herself as an upstanding member of the community and a reasonable, moderate, centrist voice.

Well, that fine, upstanding lady of the center is about to bring the country to the brink of Harry’s Hellish Healthcare Whorehouse. Reid is within a vote or two of getting cloture on a bill this weekend; if there is cloture on a bill, the Democrats will pass a federal seizure of the medical sector and destroy the finest system of health care on the face of the earth while bankrupting the government and killing the old and the sick in numbers currently unimaginable in this country. The American people look upon this program with overwhelming distaste and should it pass the retribution against Reid personally and his party as a whole will be unmistakable. But it’s clear they don’t care; this is not about helping Americans, it’s about raw political power and the creation of a dependent constituency which can be enslaved to the uses of the Democrat Party.

Landrieu, in that respect, is not a whore. She’s a soldier. Still, a paltry $100 million after all that preening about fiscal responsibility and her distaste for big government…it’s a tawdry show, indeed.

But while Landrieu might at least posture that her vote will help the American people by creating a new entitlement program, Baton Rouge mayor Kip Holden brings no such benificence to the table.

Holden surfaced Thursday after a devastating and well-deserved 65-35 clobbering of his $901 million bond issue proposal over the weekend, an electoral shellacking so pronounced that Newt Gingrich is writing columns about it as an example of how the Tea Party movement is rolling over big-government political hacks nationwide; local media were unable to find him for four days in the wake of the voters’ second rebuke of his centerpiece in as many years.

Supposedly Holden was in California for a technology conference. Whether that was true or not, he certainly wasn’t at a Dale Carnegie workshop or a public relations training session. Because upon resurfacing in town and making statements, he all but swore revenge on his constituents.

The mayor told the Baton Rouge Business Report that he has no plans to present the capital city with a reworked bond issue to meet the needs of the city’s infrastructure – after he’s been told he could get elements of his wish list through with ease if he would junk the Audubon Alive project and the other downtown monuments to himself people don’t want. Instead, he had this to say:

“I think sometimes you have to show the error of ways in order to move to the next step. You have to have tough love. And we have to understand that nothing is free.”

Holden also tried to compare the bond’s failure to a parent neglecting the needs of a child. “Think about if our parents had that attitude. We’d be paralyzed,” he said. “Paralysis is not Baton Rouge. Paralysis is when we choose not to see a vision that uplifts everybody in this great city and parish.”

Such incredibly stupid statements. It’s really breathtaking. Holden refuses to look at reallocating the city-parish budget so as to make room for some of the items on his wish list, even though he could fund a third of his program within the next three years just by rolling his budget back to Baton Rouge’s 2005 expenditure levels. And by making that choice, he is choosing the very paralysis he decries. And unsynchronized traffic lights and bad drainage which the city needs a fix for and could have if the mayor was willing to go through proper, honest channels to achieve consensus and get the job done, are our penance for not giving him the toys he wants.

As Charlie Buras at The Old River Road notes, “What kind of public servant wants to punish his constituents?” The answer might be found in the fact that the Holden family is all about punishment these days, particularly after today’s events in which the mayor’s sister was charged and is pleading guilty to a bribery beef. Evelyn Holden worked in the clerk of court’s office and used her position to shake down citizens with traffic and criminal charges at Baton Rouge City Court for a few extra coins; she found herself ensnared in a federal probe into such shenanigans.

The mayor made a statement on his sister’s guilty plea as well. “This is a very sad day for my sister and our family,” he said. “I am pleased that she made the decision to cooperate fully with authorities in their investigation. I hope everyone will find a way to keep our family in their prayers. Because this is a family matter, this is the only comment I will make on the subject.”

So in other words, Holden tells the people of Baton Rouge to pound sand on infrastructure because they wouldn’t give him all his toys – but hey, pray for his family after his sister is caught taking bribes to fix tickets.

It’s amazing stuff. And it points out just how bereft of intellectual talent and moral character the Louisiana Democrat Party actually is.