Here’s why it’s going to fail…

First, this business with the labor unions taking a powder on the provision taxing high-end health plans in the Senate version of Obamacare is very, very bad for the legislation. The unions have been a colossal player both in creating a Barack Obama presidency and supplying him with a governing Democrat majority, and also in pushing Obamacare last year – unions spent millions and millions and millions of dollars pushing the plan. On Monday, they weighed in with unmistakable language panning the Senate bill and demanding that rather than taxing “Cadillac” health care plans that unions have negotiated with management over the years, that the final bill includes a tax on incomes over $500,000 a year instead (which is what the House bill had).

Obama had an emergency meeting Monday night with the heads of several labor unions, in an effort to paper over the crisis. No agreement was reached, though union leaders like the AFL-CIO’s Richard Trumka said the legislation is “too important for us to get this close and then say we quit.”

Trumka did say, in typical union-speak, that if he doesn’t get what he wants the Democrats will get crushed in this fall’s elections.

“Politicians who think that working people have it too good—too much health care, too much Social Security and Medicare, too much power on the job—are inviting a repeat of 1994,” Trumka said. “Our country cannot afford such a repeat.”

The head of the International Association of Firefighters, Harold A. Schaitberger, made similarly threatening remarks in a statement Monday. “The president’s support for the excise tax is a huge disappointment and cannot be ignored. If President Obama continues to support it and signs a bill that includes the excise tax on workers, we will hold him accountable,” said Schaitberger, who was not among the attendees at the White House meeting.

It’s a mess for the President and his minions on Capitol Hill. The labor unions are in a position to force either a switch to the millionaire tax in the House bill, which will engender major problems of its own, or to water down the Cadillac bill tax and in so doing blow a hole in the budget which endangers several Democrat votes in both the Senate and the House. It’s an almost intractable problem these guys have gotten themselves into.

Second, the bribes are a major problem. The outrage over Mary Landrieu’s Louisiana Purchase and Ben Nelson’s Cornhusker Kickback has brought opposition to this bill to a new level. And it gets worse; C-SPAN’s Brian Lamb blew open a major hole in the president’s rhetoric when he demanded that the negotiations over the bill be televised. When Lamb’s letter was followed by a video from Andrew Breitbart showing EIGHT separate occasions when Candidate Obama promised to put the healthcare negotiations on C-SPAN, it was a colossal embarrassment to all concerned. Members of Congress and Senators alike are now asking that Nelson’s Medicaid bribe either be wiped off the books or that all concerned get to wet their beaks, California governor Arnold Schwarzenegger has flip-flopped on healthcare and cut the president deep with a one-liner about Nebraska getting the corn and California the husk and there is even now a controversy about the fact that the Amish are exempt from the plan and there is enough sleaze here to peel off squeamish Democrats on multiple fronts before one even gets into the question of how Harry Reid’s stupid statements on race might affect his ability to generate a deal.

Third, the abortion issue is a nightmare for this bill. Bear in mind that the House version passed with only 220 votes, one of which was from Joseph Cao, the Republican from New Orleans who has said he won’t be a deciding vote in favor of final passage. Cao also is unlikely to vote for anything less than the Stupak Amendment which was watered down in the Senate bill. Strip him out, and the margin for error is almost nonexistent. As partisan Democrat pundit Bob Shrum opines on TheWeek.com:

(Abortion) roiled the debate from the start; but over the Christmas break, Michigan Democrat Bart Stupak, who voted for the House version of reform, issued a threat via the front page of the New York Times to oppose legislation that includes the Senate abortion compromise, which is less draconian than his own amendment. The original House bill passed by only five votes. Stupak claims he has 10 House members prepared to follow his lead and switch if the Senate language isn’t changed. In effect, he’s said he won’t settle for anything less than a system that, in the guise of denying public funding for abortion—something the Senate bill actually does—also prevents Americans from purchasing abortion coverage with their own money.

Stupak noted that his position was a product of his Roman Catholic faith. This is a simple-minded reading of the relationship between religion and the public sphere. As both Ted Kennedy and Mario Cuomo argued a generation ago—Kennedy in the lion’s den of Jerry Falwell’s Liberty Baptist University, and Cuomo at the Catholic stronghold of Notre Dame—in a free and pluralistic society, not every command of faith can be written into secular law. Otherwise, for example, the Catholic bishops might be pushing to outlaw divorce—a cause for which they have lobbied in other countries.

Here in America, the bishops have been unable to persuade a majority to ban abortion. It’s not for lack of trying; they’ve become overt political actors—assailing John Kerry in the 2004 campaign and Joe Biden in 2008 because both are Catholics who refuse to subordinate their judgments on public policy to church doctrine.

This is a long way from the commitment John Kennedy, the first Catholic president, offered during his 1960 campaign—to “an America where no public official requests or accepts instructions…from…any…ecclesiastical source, where no religion seeks to impose its will directly or indirectly on the public acts of officials.” Half a century later, the bishops are attempting to achieve by indirection what they cannot achieve outright—a partial ban on a woman’s right to choose. Having abetted thousands of priests in molesting children, they’re now set on abusing health reform.

All this not only transgresses the line drawn by JFK in 1960; it’s also at odds with the social teachings I learned in Catholic school. The bishops would deny health coverage to more than 30 million Americans by blocking a compromise that plainly spends no taxpayer dollars for abortion services. Stupak echoes their hard line. If health reform goes down, he said, “it’s not the end of the world.” (Certainly not of his world; he won’t be giving up his own generous congressional health insurance coverage.)

Take those three fatal wounds waiting to happen, and the chance of actually steering this monstrosity through to final passage in the midst of an American public which hates this legislation like poison drops below levels even the Reids and Pelosis can handle. Politically this thing is a nightmare and November looms as an electoral holocaust for the party.

But it seems there’s an escape hatch up in Massachusetts. And this is how I think things will play out.

A couple of days ago, I would have said Scott Brown will scare the heck out of Democrats by coming so close to winning Ted Kennedy’s old Senate seat. But that has changed. Brown is now more than just a long shot to beat Martha Coakley; a new Rasmussen poll has Brown moving within two points of Coakley after trailing by nine a week ago. That’s a major movement in a week for a previously unknown candidate, but it’s also a number which may be out of date already. Because since Rasmussen compiled the numbers on that poll, Brown raised over $1.3 million in a single day yesterday with an online “moneybomb” fundraiser, he beat the daylights out of Coakley in a televised debate and Coakley’s campaign committed the unpardonable sin of misspelling “Massachusettes” in a TV ad attacking Brown. And Rasmussen’s numbers aren’t stand-alone figures; according to an internal Democrat poll Coakley has dropped nine points in one week from plus-14 to plus-5.

The Coakley campaign is in panic mode, so much so that the candidate admits she’s frightened by Brown’s surge, and things have gotten so bad that they’re paying union members $50 to hold signs for Coakley even if those members are voting for Brown…

So unless something unforeseen happens, Brown is going to win this race. It’s going to be one of the most amazing electoral upsets in recent American history, and it will give the Republicans the 41 votes needed to block Obamacare in the Senate. There has, of course, been lots of discussion of late about the Democrats jimmying the vote counts so as not to seat Brown until it’s too late in the event he wins, but I don’t put that much stock in those reports because of the political damage they’ve already suffered as a result. Massachusetts governor Deval Patrick is up for re-election this fall and he’s anything but popular; Patrick probably can’t afford being part of a scheme to screw the people of the state out of their elected senator.

Besides, if a week from now the Democrats in the House and Senate still haven’t overcome all the obstacles to passing this bill, with the ever-mounting public pressure not to pass the thing hitting them daily, the temptation to get out and make excuses will be enormous. Brown beating Coakley and becoming the 41st vote gives the Democrats the out they’re looking for – this way, Nelson and Landrieu – and Bob Casey and Joe Lieberman and Bill Nelson and Blanche Lincoln, for that matter – can still vote for the bill without having to actually inflict it on the American people. And the Democrats will have the ability to go back to their base and blame the whole thing on Republican obstructionism, which is what they want to do anyway. After all, hey – it’s not their fault Ted Kennedy died, right?

Obamacare isn’t going to make it. Scott Brown is going to be both the dagger in its heart and the ready-made excuse not to revive the victim. And the Democrats are going to lament the death of the legislation with the wettest of crocodile tears as they demogogue the issue in front of their voters in an effort to stanch the bleeding this fall.

GURVICH: A Defense Of Jeff Landry Against Advocate Innuendo

BAYHAM: Why the Mitt Romney Censure Was Needed 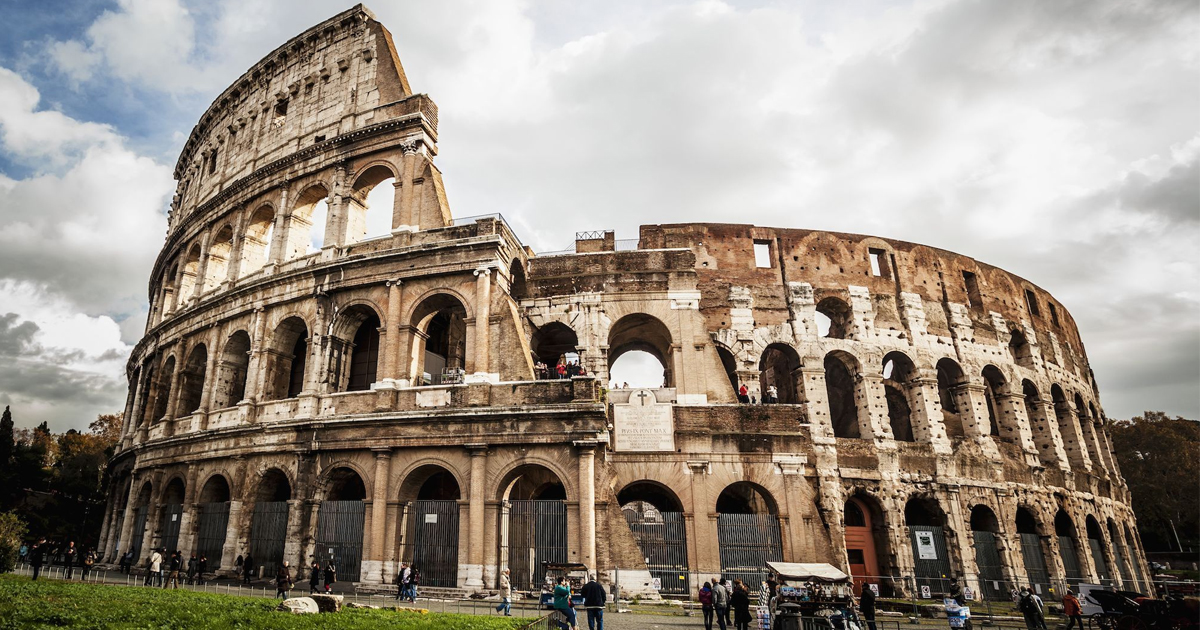 “I have nothing against the most famous people in the world using their privileged, global platform to tell the world what they believe. I even agree with most of it. I just tried to warn them that when they lecture everyday, hard working people, it has the opposite effect.” - Ricky Gervais, after the Oscars show was a ratings bomb.
More Quotes