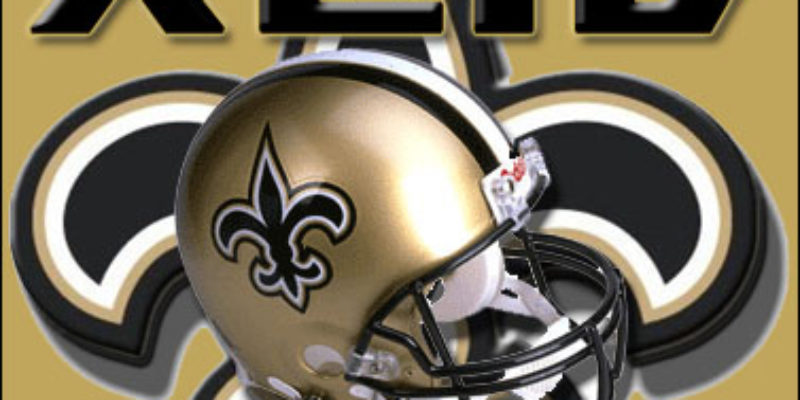 It’s hard to form coherent thoughts when one is absolutely, completely numb.

The Saints winning the Super Bowl, as happened tonight, is that kind of event. Numbing. Until this year it was never even allowed, it seemed, for Saints fans to seriously think of their team as a champion.

Even the national media types covering the Super Bowl frenzy the last two weeks treated the club like the friendly, plucky little kid coming to play with the older kids in a game of tackle ball – pat him on the head and send him away with a nice smile of admiration and a roll of the eyes. “Your heart has to go with the Saints,” went the refrain, “but the Colts are gonna win.”

And now, on to the completely random thoughts.

First, I’ve thought for some time that Sean Payton was the best coach in football – all he needed was a defensive coordinator to complement what he brings to the table on offense and special teams. Greg Williams gave him that, and you saw the results. Brilliant.

And while Payton is a sensational coach, Drew Brees is equally superlative. Brees is, to me, the epitome of what a star athlete should be – he exudes excellence on the field not based on overwhelming physical talent, though he’s unquestionably a phenomenal athlete, but all of the other factors. Brains. Character. Class. Work Ethic. Commitment. Courage. Leadership. If it’s something you’d consider as an “intangible,” Brees brings it to the table. He laughs when he’s referred to as “Breesus,” but from a sports standpoint if there has ever been a Second Coming this guy is as close as you can get. To say New Orleans is blessed to have a man of his caliber as the face of its football team is an understatement. There’s a love affair between New Orleans – Louisiana, for that matter – and Brees, and after tonight it will never subside. He’s now a Louisiana icon for as long as he lives and then some.

By the way, did anybody else notice the theme of this year’s Super Bowl ads was men with no pants? That’s not a societal statement, is it? And in case you were wondering – Monster.com wins big with the fiddle-playing beaver, and the Census is the biggest loser of all time. $3 million for ED BEGLEY? The Chinese can NOT be pleased with their money being blown thus.

It also seems to me, though sadly I didn’t take part in the festivities this weekend since I’m working on some pretty high-stakes projects of my own and trying to stay focused, that this was one of the most fun Super Bowls in history. Your typical Super Bowl feels like Disney World; this one was the Who Dat Nation taking over. News reports had New Orleans taking in more tourists than Miami this weekend, and following the game we were immediately treated to scenes of carousing from WWL’s Bourbo-Cam.

Incidentally, you will not hear reports of burning couches, cars overturned, rioting and all the rest of the disgraceful excesses usually associated with professional championships elsewhere. For all the criticisms constantly thrown around about New Orleans, the city and its people know how to celebrate in style. There will be some nasty hangovers in the Big Easy tomorrow, and the nine days between now and Mardi Gras will be the wildest bacchanal anyone can imagine, but the rest of the world will know as a result of tonight’s festivities precisely how to celebrate a championship.

The emotional – almost metaphysical attachment of the Crescent City and its football team is going to pay some major dividends in morale. The Saints have been a symbol of rebirth for the city, ostensibly after Katrina but the spirit infusing New Orleans is much more than just mere rebuilding after a hurricane , and with their triumph tonight you’re going to see real inspiration down there. As such, like we said here yesterday, hopefully we’re not going to continue to see New Orleans treated as an object of pity or a sob sister. Does the city have scars? Sure. All cities do, at some point or another. But few can appreciate success like New Orleans, and now the folks down there – and throughout the state – have it to work with.

And if Mitch Landrieu thinks the good feeling in the city will make his new job as mayor easier, he’s only right to an extent. One side effect of the Saints winning the Super Bowl is going to be that the expectations of the people are going to be elevated. There will be less tolerance of the typical New Orleans style of governance the city has seen from mayor after mayor, including Landrieu’s father in the 1970’s, and he’d better be mindful of that.

Hey, remember back in December when Louisiana was rated the happiest state in the country? Guess you can retire that trophy for good now.

By the way, Tracy Porter was from Port Allen. How come Nick Saban let that guy get away to Indiana?

And I would guarantee that Miami is out of beer and whiskey now. If they aren’t, they will be by midnight.

Interested in more national news? We've got you covered! See More National News
Previous Article Breitbart To Media: It’s Not Your Business Model That Sucks, It’s You That Sucks
Next Article Wanna Get Choked Up?