Why? Because the insurance giant followed in the footsteps of AT&T, Verizon, John Deere, Caterpillar, AK Steel, 3M and others in declaring a huge writedown thanks to a change in tax laws as a result of the Obamacare legislation.

Prudential announced today that it’s taking a $100 million charge for the first quarter as a result of the removal of tax breaks for prescription drug benefits for its retirees.

Of course, as we mentioned in the Quote Of The Day today, these are just Republican CEO’s trying to discredit Democrats. It’s all BS.

Prudential CEO John Strangfeld, by the way, hardly seems like a GOP operative. After all, this is a man who donated $30,400 to the Democratic Senatorial Campaign Committee in November. Strangfeld gives to Republican candidates as well, but he’s recently donated to such right-wing candidates as Chris Dodd, Chuck Schumer and Robert Menendez.

Meanwhile, an assertion made by House Energy and Commerce Committee chair Henry Waxman in his threatening letters to the CEO’s of AT&T, John Deere and Caterpillar that the Business Roundtable estimated “health care reform could reduce predicted health insurance cost trends for businesses by more than $3,000 per employee over the next ten years” seems to be falling apart. The head of that organization has responded to Waxman with some rather sharp rhetoric:

To set up what happened over the past few days you have to go back to the basic predicate that kept the BRT “at the table” throughout the health care reform debate. Our companies already provide health insurance for 35 million employees, retirees and their families. For us, the economic burden of sky rocketing costs dictated our continuing efforts to get the legislation right so that we could continue to provide coverage and still compete in the international marketplace.

Buried within the legislation is a provision which applied a new tax on companies who provided prescription drug benefits to their retirees as part of the Medicare Part D law. That law gave a tax incentive for companies to provide this benefit in a way much less costly than if the retirees went directly to Medicare. From the beginning, we warned Congress and the Administration that if this tax was imposed one of two bad things would happen: either companies would have to restate their retiree benefit cost reserves (an accounting standard), or they would have to drop this coverage.

No fewer than three objective studies were presented to Congress and Administration negotiators, including one analysis done for us by Hewitt Associates. The general conclusion is that the immediate reduction to earnings reported in 2010 could be $2,800 for every retiree and that the national total could be nearly $14 billion almost immediately—all to raise $2.5 billion starting in 2013.

So what happened? Exactly what we said would. Several companies announced last week they would be taking hundreds of millions, even a billion dollar hit to earnings. The absurdity was that it triggered cries of indignation from Congress that it was a play to undermine the new law. One congressional committee has even scheduled a hearing. Why? To get to the bottom of exactly what we said would happen.

In other words, once again we see the fantasies and delusions of Waxman and his left-wing ideologues in Congress running up against the cold, hard wall of the reality-based community. The Democrat congressional leadership and the White House was warned time and again about the mistakes being made in the Obamacare legislation by the same corporate types they’ve attempted to demean and demonize throughout this process, and now that they’ve made their delusions the law of the land, the consequences are manifesting themselves.

Those consequences will continue to ooze out into the public consciousness in the days and weeks ahead. But let’s not forget what Emerson Electric CEO David Farr said back in November:

“Washington is doing everything in their manpower, capability, to destroy U.S. manufacturing. Cap and trade, medical reform, labor rules…What do you think I am going to do? I’m not going to hire anybody in the United States. I’m moving. They are doing everything possible to destroy jobs.”

UPDATE: Megan McArdle at The Atlantic has a great take on this issue:

Accounting basics: when a company experiences what accountants call “a material adverse impact” on its expected future earnings, and those changes affect an item that is already on the balance sheet, the company is required to record the negative impact — “to take the charge against earnings” — as soon as it knows that the change is reasonably likely to occur. This makes good accounting sense. The asset on the balance sheet is now less valuable, so you should record a charge. Otherwise, you’d be misleading investors. The Democrats, however, seem to believe that Generally Accepted Accounting Principles are some sort of conspiracy against Obamacare, and all that is good and right in America.

Here’s the story: one of the provisions in the new health care law forces companies to treat the current subsidies for retiree health benefits as taxable income. This strikes me as dumb policy; there’s not much point in giving someone a subsidy, and then taxing it back, unless you just like doing extra paperwork. And since the total cost of the subsidy, and any implied tax subsidy, is still less than we pay for an average Medicare Part D beneficiary, we may simply be encouraging companies to dump their retiree benefits and put everyone into Part D, costing us taxpayers extra money.

But this is neither here nor there, because Congress already did it. And now a bunch of companies with generous retiree drug benefits have announced that they are taking large charges to reflect the cost of the change in the tax law.

Henry Waxman thinks that’s mean, and he’s summoning the heads of those companies to Washington to explain themselves. It’s not clear what they’re supposed to explain. What they did is required by GAAP. And I’ve watched congressional hearings. There’s no chance that four CEO’s are going to explain the accounting code to the fine folks in Congress; explaining how to boil water would challenge the format. 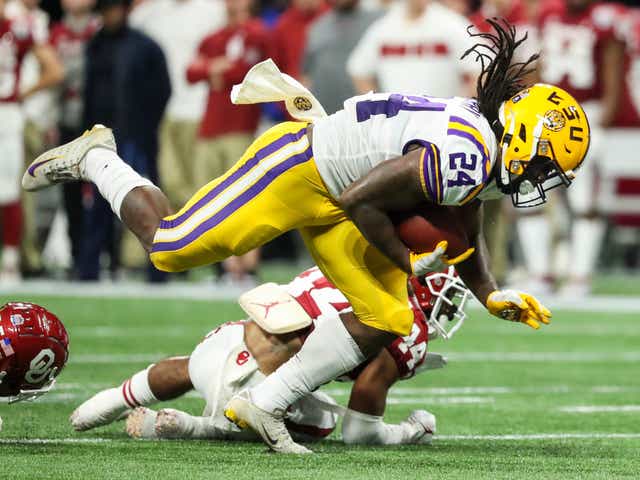