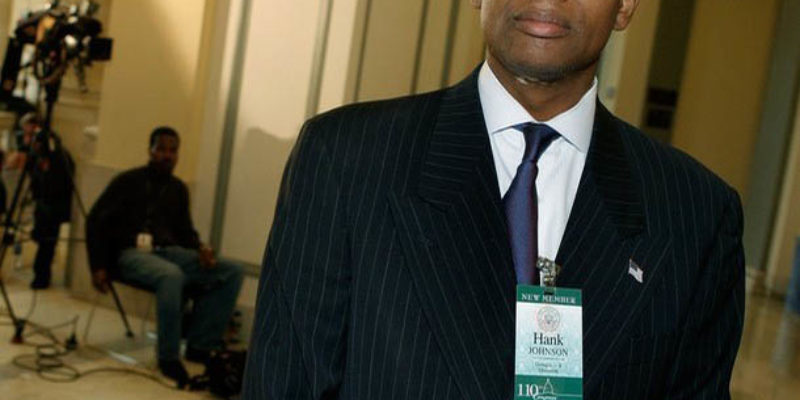 And Stammerin’ Hank Johnson (D-GA) has proven it.

If Johnson’s name or face rings a bell, it’s not because he’s your mailman or the dude at the DMV last week who raised a stink about failing his driving test. He’s the guy who knocked off fellow mental midget Cynthia McKinney in the 2006 Democrat primary for the House seat he currently occupies. Turns out he suffers from hepatitis C, which usually afflicts drug addicts who share dirty needles, though Johnson and his wife deny any chance he could have gotten it that way. He has no idea how he contracted the disease, but he does admit that he has a hard time keeping his thoughts together.

No kidding. Though hepatitis doesn’t usually give rise to fears in its victims that whole islands will capsize like a canoe. And besides, we nutria don’t hang on Guam – so don’t you dare blame it on us.

Johnson was diagnosed with the disease in 1998. His response to contracting it was to launch a political career. Apparently being a Congressman was on his bucket list. Y’know, some people wanna go sky diving, some rob a bank and Stammerin’ Hank wanted to be Maxine Waters.

But Johnson’s scatterbrained condition didn’t prevent him from invoking the specter of the Ku Klux Klan as an imminent development in the event that South Carolina Congressman Joe Wilson wasn’t censured for his “You Lie!” moment during President Obama’s State Of The Union speech. It’s racial, see. If Wilson had said anything else, Johnson woulda had him as Nathan Bedford Forrest by the weekend.

“He did not help the cause of diversity and tolerance with his remarks — if I were a betting man I would say it instigated more racist sentiment,” Johnson said Tuesday. “And so I guess we’ll probably have folks putting on white hoods and white uniforms again and riding through the countryside intimidating people. … That’s the logical conclusion if this kind of attitude is not rebuked, and Congressman Wilson represents it. He’s the face of it.”

What’s Hank the face of? 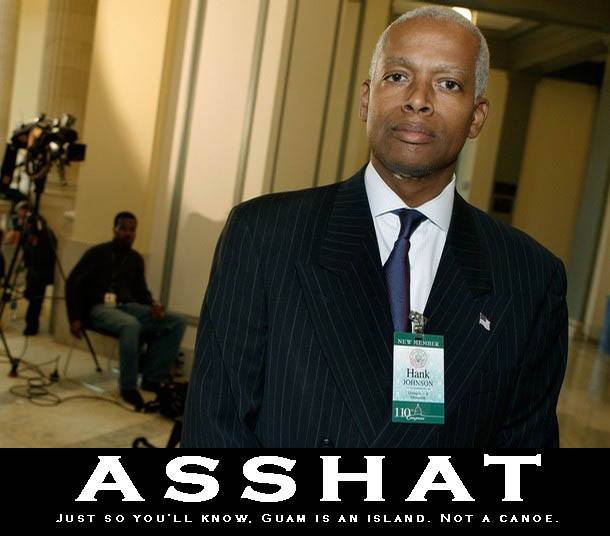