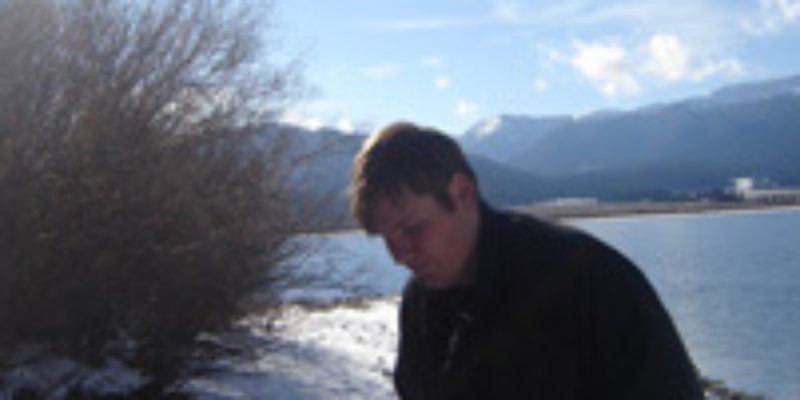 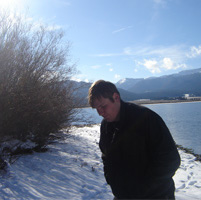 Throughout our coverage of the April 9 politically-motivated attack on Allee Bautsch and Joe Brown, we’ve focused on the organizers of the protest of the Southern Republican Leadership Conference and subsequently a Republican fundraiser at Brennan’s Restaurant that night from which the attack resulted.

As we’ve followed the story, a central figure in our inquiry has been “D-Bloc,” the lead blogger on the Iron Rail Book Collective’s web site. D-Bloc is the guy who has bragged about vandalizing banks in the French Quarter and he was the guy who boasted on Gambit Weekly’s Blog Of New Orleans that on April 9 the protest went well because:

Tons of direct confrontation. New Orleans bared its teeth and snarled, and the rich plutocrats shat themselves in fear.

Also in the same comment section, D-Bloc posted a few days later, when the blogosphere began to pick up the story of the attack on Allee Bautsch and Joe Brown, that:

For those who aren’t aware, on the corner of Royal and Canal Streets on the night of April 10, eight people were shot in a senseless act of violence unrelated to the Allee Bautsch case.

Our inquiry has also led us to attempt to find out the identity of the person behind the Facebook Page for “Iron Rail,” which is the online home for the Iron Rail Book Collective – the self-described anarchist commune which organized the protests.

Last night we began to focus on both of these two questions. And with the help of a reader who has asked to remain anonymous, we’ve made a great deal of progress on both fronts.

Turns out there is only one front here, not two. As we suspected, “D-Bloc” IS “Iron Rail.”

The first clue was that Iron Rail’s Facebook account contained a post which mirrored that of D-Bloc on the collective’s blog (we linked it above). Following that line of inquiry, we then began searching for e-mail addresses connected to the Iron Rail.

We made progress immediately.

There is an e-mail address associated with the Iron Rail Book Collective. It’s [email protected]. We searched that, and came up with something very interesting. It’s a comment under a post at the left-wing Dirty South Bureau blog from 2008 about charter schools in New Orleans and how destructive they are to public education in the city (yes, yes, but that’s another topic for another time). The comment reads as follows:

hey christian-
do you or anyone you know want to go to the RNC protest? see
twin cities IMC or http://www.nornc.org for more info. email me at
[email protected] if you want to go with your name and phone number. there is about 20 of us going right now.

i’m going to read this blog when i get a chance. it looks good. why don’t you cross-post your articles to NO IMC?
-Dylan

If you’ll follow the link from “dylan” on the last line, you’ll see that it goes back to the Iron Rail website.

You’ll also note that the Republican National Convention in Minneapolis was the scene of an unruly protest in which eight people were arrested and charged with Conspiracy To Riot In Support Of Terrorism.

So now we’re looking for someone named Dylan who works at the Iron Rail. A search to that effect yields a Dylan Barr, identifying himself as a “Worker, Iron Rail Bookstore (New Orleans, LA)” on a petition to “Free Jeff Luers,” an environmentalist terrorist who pleaded guilty to burning sport utility vehicles at an Oregon car dealership.

We also found something else. It’s a MySpace bulletin board for something called “NYC Anarchist Black Cross,” and it’s a collection of far left-wing causes and gripes. If you scroll down about three quarters of the way you’ll find  this:

background
On October 29, 2007, Dylan Barr entered a guilty plea to one felony count of Second Degree Extortion in Seattle, WA for disrupting the operations of Washington Mutual Bank with a Denial of Service attack because of its investment in Huntington Life Sciences. After a two-year period of legal limbo and non-snitching plea deal negotiations, he was sentenced to 232 hours –29 days— of community service and ordered to pay Washington Mutual Bank $25,000 in restitution.

Who is Dylan?
Dylan is a long-time anarchist and activist from New Orleans, and he has been a member of the Iron Rail Book Collective for over three years. Dylan moved to Seattle just prior to Hurricane Katrina, but has now moved back to the Crescent City. He helped organize the 2007 New Orleans Book Fair and is involved with the rebuilding of Nowe Miasto, a long-running collective space in the city, as well as being involved in the recent struggles over public housing in New Orleans. In the past, Dylan has also been involved in Books 2 Prisoners, Food Not Bombs, Critical Resistance, Indymedia, the Buffalo Field Campaign, anti-free trade, indigenous support, union/worker solidarity, and environmental campaigns and organizations. He plans on continuing with these efforts in spite of his sentence.

What motivated the action?
Solidarity has been an important part of the success of the Stop Huntington Animal Cruelty (SHAC) campaign. This Denial of Service (DoS) attack was done in solidarity with the imprisoned SHAC 7, and from a desire to not let their imprisonment break an entire campaign. A Denial of Service (DoS) attack is an overload of e-mails that causes a server to partially shut down, preventing other information from being sent or received.

How can I help?
Dylan would like your solidarity and support. More than anything else, he needs help paying his $25,000 restitution. The government, the real extortionist, imposes a 12 (cuts off after that).

We’ll have more on Mr. Barr as we go. Check back for updates.

After negotiations, he took a non-snitching deal and pleaded guilty to second-degree felony extortion on October 29. The prosecution had argued that Barr was responsible not just for the $5,000 of direct losses to Washington Mutual while its email systems were clogged, but also for the $1-million stock loss from the bank’s sale of HLS stock. The DA claimed that this was extortion, regardless of the fact that Barr extorted nothing for himself.

Until the very end, the DA was convinced that Barr had been involved in other SHAC demonstrations and was part of a mysterious animal rights “network,” although Barr had been acting alone and was not even aware that there had been any Seattle SHAC demonstrations. Barr was sentenced to 29 days of community service and $25,000 of restitution payments, complete with a 12-percent interest rate.

As Barr explained in a recent article in Bite Back magazine, there are lessons to be learned from his experience. First, the cops can determine the location from which an email is sent, but they won’t know it was you if you are using publicly accessible computers and get out of the place fast. (Obviously, it’s also wise to avoid leaving fingerprints or being caught on camera.)

Although the government wanted to make an example of him by prosecuting his case, the real lesson Barr hopes we take from his experience is that “this movement is not in decline. You are not isolated. There are millions of us, and no court will ever be able to stop the spread of worthy ideas and the actions that arise from them.”

Barr urges everyone to continue taking action to shut down corporations like HLS and to demonstrate support for imprisoned victims of the Green Scare. He also needs help with his restitution expenses. If you want to donate to his restitution payments or hold a fundraiser for him, contact supportdylan

gmail.com or donate online at www.supportdylan.org.

SupportDylan.org has since been taken down, so unfortunately that’s not an avenue to donate to him.